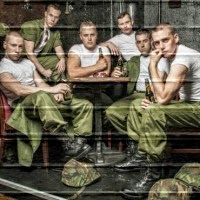 Making a comparatively swift journey of two years from New York to the Elephant and Castle is another musical premiere for Southwark Playhouse. Apparently based on a River Phoenix film, although it's not one I'd ever heard of, Dogfight has a book by Peter Duchan1 and music & lyrics by Benj Pasek and Justin Paul. It's 1963, and the "Three Bees" are a trio of marines whose friendship stems from little more than having the same initial. The night before they ship out to Vietnam they have one last blowout planned, starting with a marine tradition: The dogfight is a bet that sees them picking up women, and the winner is the one who brings the ugliest date to the party. Eddie Birdlace (Jamie Muscato) ends up at a diner, where lonely, awkward waitress Rose (Laura Jane Matthewson) seems a likely candidate.

Of course this is a romantic musical so - in what must be an extraordinarily long night considering how much they pack in - Eddie soon sees past his first impressions and begins to fall for Rose for real. 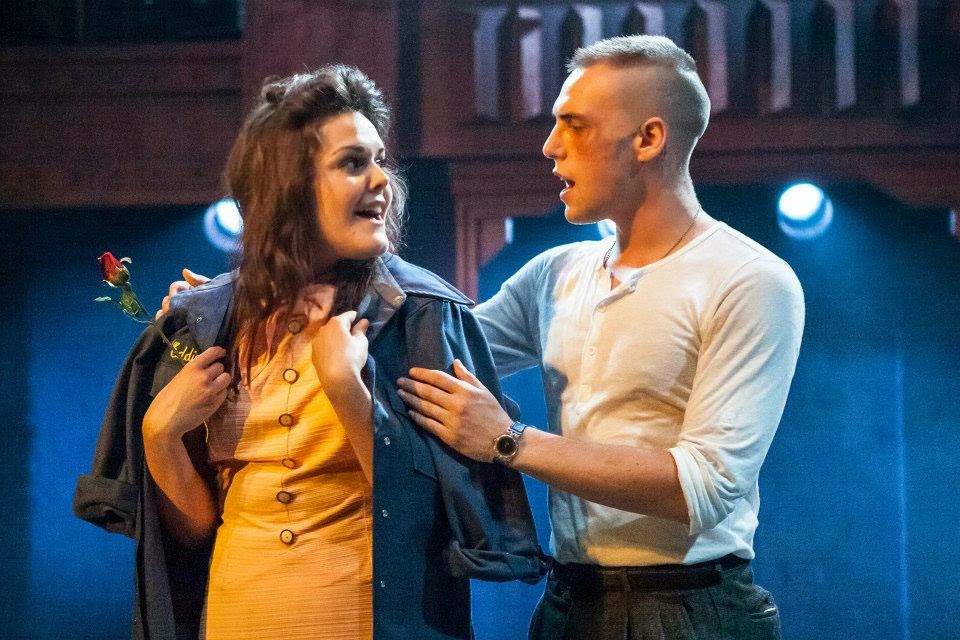 The show is set in San Francisco, and Lee Newby's set perches the band on the Golden Gate Bridge leaving a simple playing area below for the various locations around the city that the story takes in. The sound mix in Matt Ryan's production leaves a lot to be desired at first - the marines' recurring "Some Kinda Time" is boisterous and memorable but the lyrics are hard to hear, although this does get better as the show progresses. 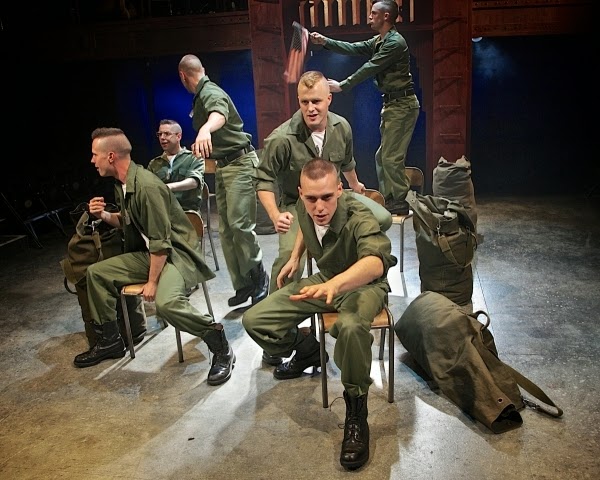 Dogfight does also suffer in the first act from a lack of likeable male characters - Eddie and the nebbish Bernstein (Nicholas Corre) are just as guilty as their more brash friends of callously toying with overweight girls' emotions to win a bet. But Eddie thaws as he gets to know Rose and no wonder - Matthewson is a warm female lead with a number of good songs and she and Muscato make an appealingly mismatched couple. 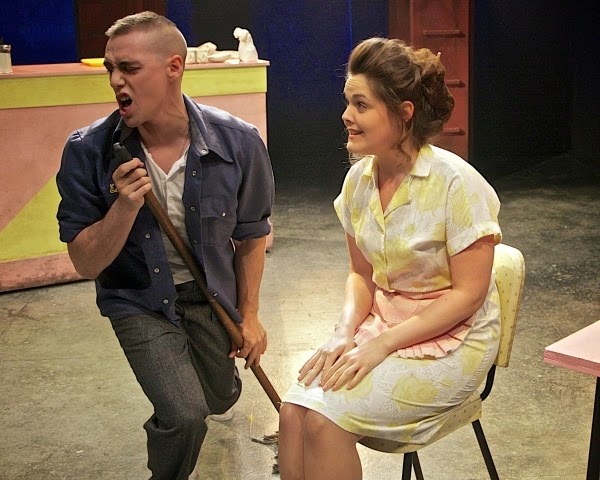 They have good support from the rest of the cast: Cellen Chugg Jones provides a contrast to Eddie as the more unscrupulous Boland, who hires a toothless prostitute to win the pot for him; Rebecca Trehearn is funny as the aforementioned hooker, Marcy, as well as going through a number of physical transformations to play other incidental characters. Although she's not multitasking quite as much as Matthew Cutts, who doesn't seem to get time to pause for breath between juggling every male character over 30. 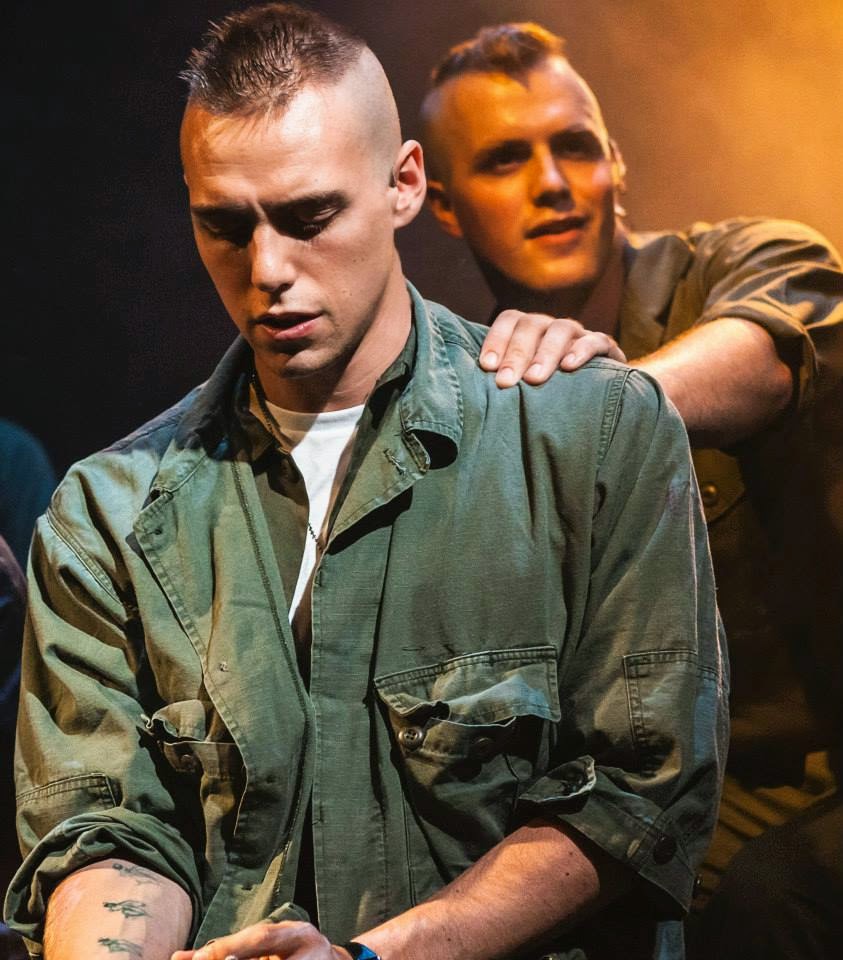 Although it doesn't really touch enough on how the soldiers' fear of going to war might be causing them to behave so badly, there is a nice undertone of melancholy to the piece, and once it gets into its stride Dogfight balances this out with moments of humour and some enjoyable, if not classic, songs. It doesn't quite have the spark to make it the next In The Heights, and the promo video below might have oversold it a bit on quite how much clothing the marines would be shedding onstage, but it's still a return to form from Southwark Playhouse and a fun, sexy evening for anyone who likes their romance to come with a dose of Hollywood fantasy.


I may have just been looking for any excuse to post that video. Muscato does get his tits out in the show, don't worry, just not during this song as it turns out.

Dogfight by Benj Pasek, Justin Paul and Peter Duchan is booking until the 13th of September at Southwark Playhouse's Large Theatre.

1somehow inevitably, a lot of reviews have called him Peter Duncan. Maybe he was Dared to write a musical.
Posted by nick730 at 22:50