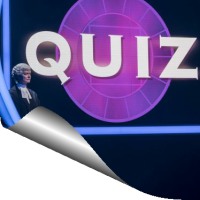 My policy on making theatre trips to Chichester changed from "never" to "three times this year" in part thanks to each of the three shows feeling like they completed some kind of set: The decider was the chance to bookend a decade with different Ian McKellen performances of King Lear, but Sweet Bird of Youth made for a double bill of Tennesse Williams plays starring Brian J. Smith, and now the final show in Daniel Evans' first season in charge concludes a trio of new James Graham plays in 2017. Quiz is less obviously political than most of Graham's plays but you don't have to scratch too deep to find some of the wider themes that often come up in the playwright's work, particularly Privacy, about transparency in personal life, politics and the law; and whether the tendency towards leaving nothing secret in the name of full disclosure is in fact harming the chance of fair treatment behind closed doors. The reason this comes up is that Graham's creating a fictionalised version of a legal case considered to have become trial by media.

On September 10th 2001, Charles Ingram (Gavin Spokes) became the third person to win the top prize on the UK version of Who Wants To Be A Millionaire? Events the next day would quickly push him out of the headlines, but he'd find himself back in the news for the wrong reasons. 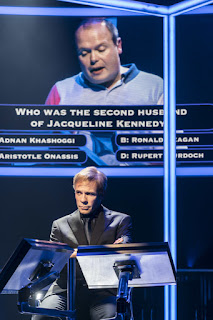 His turn on the quiz carried over two episodes, with him barely scraping past the early, easier part of the game before returning the next night to get all the harder questions right. His wife Diana (Stephanie Street) and her brother Adrian (Henry Pettigrew) had both been contestants on the show before, and had coached him on how to get ahead; the producers suspected that when this didn't work in the first show they resorted to cheating in the second. Charles, Diana and Tecwen Whittock (Mark Meadows) were all accused and found guilty of conspiring to cheat by having Whittock, a fellow contestant that night, cough strategically to signal the right answers. 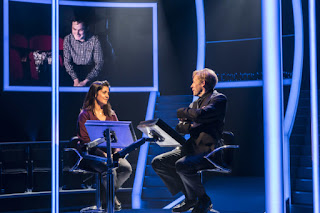 Loosely speaking, Quiz recreates their trial, but instead of hearing the evidence we see it replayed from the two different perspectives - Act I is the prosecution, Act II the defence. But, and this is where the play loses its way a little, the first act also takes in a wider context, of the particular British love for quizzes and trivia, and how for some the joy is in the game while for others it's about winning at all costs. We get a run through some of the most popular UK quizzes over the years, with audience members who'd agreed to it beforehand getting up to play Bullseye and The Price Is Right; everyone also gets a pub quiz to fill in as the show goes on. In this way it has traces of Monster Raving Loony but not as well-embedded into the structure as it was in that play. 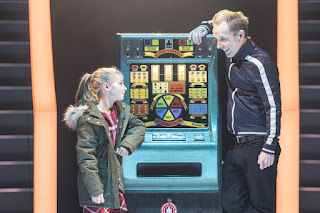 More on-theme is the story of Paul Smith's (Greg Haiste) creation of Who Wants To Be A Millionaire?'s simple format, and the harder job of pitching it to the network. The show's producers provide an alternative conspiracy theory for the defence to pitch, that they started using more populist, less intellectual questions to get rid of Ingram during his game (Nadia Albina and Sarah Woodward recreating a Coronation Street scene between Elsie Tanner and Hilda Ogden were as popular with the audience as Keir Charles' scenery-chewing Chris Tarrant.) 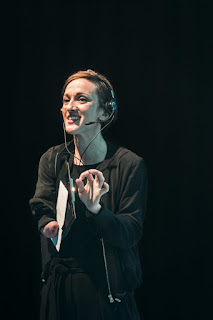 Appropriately enough, as well as the pub quiz form, the audience are given keypads to recreate the Ask The Audience lifeline from the show, as well as to give their own verdict on the trial. The play doesn't overtly take sides but it does question whether the press furore over the case influenced the jury's decision - obviously as we're often reminded this isn't a literal transcription but there certainly seemed to be reasonable doubt and the verdict seemed very odd to me*. 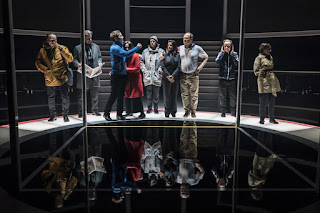 Evans' production has a lot of fun with the audience and by recreating the conventions of quiz shows (Robert Jones' set is familiar without being an exact replica of any one show, and uses a double revolve to recreate the artificial tension they build.) But Quiz, although a decent conclusion to Graham's busy year, isn't one of his strongest plays overall, mainly because while I can see the breadth of scope he's aiming for, the way the various threads hang together is too messy to feel like a cohesive drama. Always entertaining, but a bit too unfocused.

Quiz by James Graham is booking until the 9th of December at the Minerva Theatre, Chichester.

*initially Charles Ingram and Tecwen Whittock were found guilty, with the jury undecided on Diana's guilt; until the judge pointed out that as the charge was conspiracy they couldn't by definition find differently for the three defendants
Posted by nick730 at 21:49