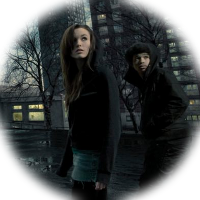 It's been almost half an hour since Simon Stephens wrote a new play and the National Theatre are clearly worried audiences might be suffering withdrawal symptoms. So they've dug into his archives and Marianne Elliott (who directed this play's premiere in 2002 and most recently collaborated with Stephens on The Curious Incident) directs Port in the Lyttelton. Over two-and-a-half hours Stephens makes the case for his home town of Stockport as the most depressing place on earth, a concrete tomb in Lizzie Clachan's design, where we first meet Racheal (Kate O'Flynn) in 1988, aged 11. In a drunken fit of violence her father Jonathan (Jack Deam) has locked himself into the flat so Racheal's mother Christine (Liz White) has taken her children to the car, where they sit all night waiting for a sign that Jonathan might let them back into their home.

The play's eight scenes jump roughly two years forward each time, and we see Racheal charge determinedly through a life that seems destined to be a prison: Her mother soon deserts them, her beloved grandfather dies, her hopes of a flat of her own get quashed, her younger brother Billy (Mike Noble) develops a fondness for shoplifting and despite striking up a teenage relationship with the sweet Danny (Calum Callaghan) who seems like the perfect match for her, by the eve of the new millennium Racheal is married to the abusive Kevin, a man so like her father he's also played by Deam. 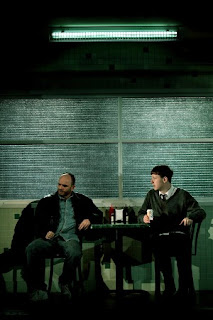 There's precious little light relief in Port, a bleak look at urban dead-end lives that can't be that popular in Stockport itself, since it suggests the only chance anyone has of happiness there is to leave at the first opportunity. It's a curate's egg of a play, bordering on misery porn but with a few saving graces that make it somewhat more worthwhile than that. It does drag at times - as seems to be standard at the National it runs a full 20 minutes longer than advertised - and individual scenes often feel too drawn out. There's two standout scenes though, both between O'Flynn and Callaghan: First in an adorable exchange as, aged 19, Racheal and Danny start to accept they have feelings for each other; and later aged 24, a heartbreaking confirmation that they've missed their chance to be together. The two have excellent chemistry and in a play that tends to keep the audience at a distance a lot of the time, really draw you into their story.

Callaghan and Jack Deam are also the only actors to avoid a trap of the earlier scenes in the play, that sees the performances get much broader than they need to be. It's an occasional risk when adults play children, that they overdo the childishness, something that even the usually excellent O'Flynn is guilty of at first, even until the characters are 15 - it's only the arrival of Callaghan's more naturalistic Danny that calms the performances down. A cartoonishness even infects the actors not playing children: Ian compared Liz White's turn as the deaf grandmother to the "Two Soups" sketch. 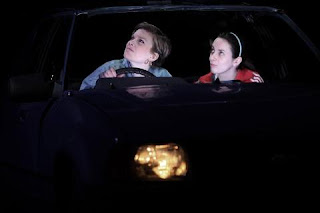 Once O'Flynn does hit her stride she's impressive, carrying the show and staying on stage throughout - in the way Racheal's story sees her go through life encountering various people the structure reminded me of Stephens' more recent play Harper Regan. That one played in the Cottesloe and Port does feel a bit lost in the Lyttelton. Clachan takes the opportunity to create some of the auditorium's now-trademark epic scene changes, but it sometimes feels like distraction from the small personal story being told. Those things about Port that do work, work brilliantly, but the evening as a whole isn't entirely satisfying.

Port by Simon Stephens is booking in repertory until the 24th of March at the National Theatre's Lyttelton.