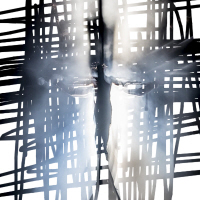 We're going way back through the mists of time for this one, back to a time when Dr Baron Dame Sir Andrew Lloyd Lord Webber BA (Hons) actually came up with more than two tunes per show, and Jesus Christ Superstar is all the better for it. Originally a concept album, it means that although it's staged fairly frequently, it's usually as a concert, so Timothy Sheader's full staging in Regent's Park is something of a rarity. Lloyd Webber and Tim Rice created a musical passion play with a sympathetic slant on the reviled figure of Judas (Tyrone Huntley.) Jesus Hector Christ (Declan Bennett) has been building a following for the last three years, and although Judas still believes in his teachings, he has three main concerns: That Jesus Horatio Christ doesn't quite practice what he preaches, especially in the case of Anoushka Lucas' (strong-voiced but not all that impactful) Mary Magdalene; that they're not helping the poor directly any more; and the refusal to deny rumours of being the actual son of God.

Judas sees this as leaving an open opportunity for all the followers to be persecuted, and as the Romans start to view Jesus Humphrey Christ as a dangerous troublemaker, decides to turn him in. 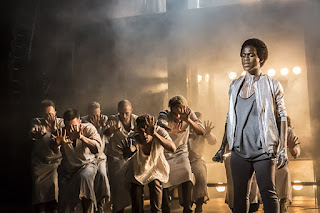 Of course the story is a familiar one, albeit in a secular take that's caused controversy over the years, so it's the way it's told that's the point here, in a variety of rock styles that are reflected in the staging. Sometimes throwing together two things I'm not crazy about - like Sarah Kane and Katie Mitchell - can paradoxically result in something I love, and there's no doubt that ALW and the Open Air Theatre are a perfect match, in the case of this particular show at least: Tom Scutt's rusted metal set with an inverted crucifix for a stage looks especially dramatic in front of a backdrop of trees, and Drew McOnie's choreography helps build extraordinary energy (even if, weirdly, he often chooses to direct the dancing at only one half of the audience or the other.) 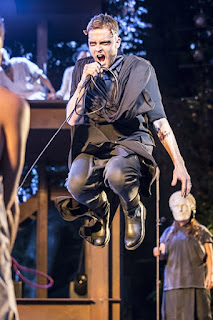 The style of the production sees various different styles of rock clash: Jesus Hodor Christ is straight out of Mumfordy dad rock - Bennett was previously the lead in Once after all - while David Thaxton's conflicted Pilate is all angry emo, and Sean Kingsley's screamed vocals as Annas contrast with Cavin Cornwall's ridiculously deep bass as Caiaphas. But it's glam rock that keeps on encroaching, from the forty pieces of silver being represented by Judas dipping his hands into silver paint, to Jesus Hyperactive Christ being whipped with glitter. The apotheosis of this is Peter Caulfield's gold-plated Herod doing a kitschy vaudeville number. 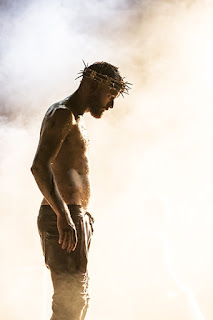 If Huntley's Judas upstages Jesus Harriet Christ to start with, Bennett does up the charisma in time for his big number "Gethsemane," and the show overall isn't short of catchy numbers - "Everything's Alright" is the one stuck in my head at the moment. The musical is 45 years old now and Rice's lyrics are a mix of those that are still witty and those that are horribly dated, but the fact that Lloyd Webber hadn't got into his later habit of endless reprises means that when they do come they work as they should - notably Judas briefly breaking into Mary's "I Don't Know How to Love Him." Jesus Christ Superstar's history of big concerts means lately it's become known for some rather eccentric stunt-casting, but taking it back to musical theatre performers and an energetic staging refreshes and reveals it in all its power and weirdness.

Jesus Christ Superstar by Tim Rice and Andrew Lloyd Webber is booking until the 27th of August at the Open Air Theatre, Regent's Park.