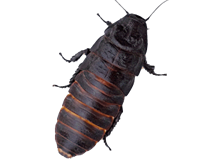 "This is going to be one of those we disagree about, isn't it?" was the first thing I said to Richard as we got up after The Pitchfork Disney. And it most definitely was. I knew a lot of people had really disliked the 21st anniversary production of Philip Ridley's breakthrough hit, while a minority had liked it. I found myself in that minority though. Bob Bailey's raised stage in the middle of the Arcola's Studio 1 reflects the imaginary world the Stray twins find comfort in: A dark tower rising out of a post-apocalyptic wasteland, where Haley (Mariah Gale) and Presley (Chris New) are the sole survivors. Aged roughly 28 (they're not sure how much time has passed since they last made a note of it) they remain infantilised, subsisting on chocolate and gruesome fairytales. Presley is marginally more in touch with reality, to the point of being able to leave the flat; his sister is prone to panic attacks he has to ease with a combination of retelling their apocalyptic fantasy, and a noxious drug left behind by their parents, administered via a dummy. As Haley sleeps, Presley spots a handsome man on the street who seems to be in pain, and invites him in. He's Cosmo Disney (Misfits' Nathan Stewart-Jarrett,) an "entertainer" in a sequinned red jacket, who makes his living eating live cockroaches for an audience.

Richard suggested the play might be a result of Care In The Community; for me, this tinge of madness is a plus point, although that may say more about me than about the play. What's interesting to me is that here, even more than in Ridley's other work, the things I responded to were things that normally leave me cold. Clever use of language and imagery won't usually cut it for me compared to story and coherence. But although I can see the point of those who say the story goes nowhere, it's about how it does so, in some often striking language - the description of a pet snake as an "electric shoelace" really stuck with me. Ridley's fascination with names is apparent from this early work, highlighted in the way hearing the names of Cosmo Disney and his mysterious business associate Pitchfork Cavalier scares Presley: They mirror The Pitchfork Disney, a serial killer who haunts his nightmares and may be Presley himself. (On reflection I'm coming to agree with Richard's theory that Presley killed their parents; I'd been taking a more literal view of the parents having "left them," probably because I was still seeing parallels with the show I saw yesterday.) I also liked the significance of it being cockroaches that Cosmo eats, famous as the only survivors of any nuclear holocaust - exactly what the twins imagine themselves to be.

While the play, Edward Dick's direction and all the performances are worthy of praise, I particularly had Chris New in mind when I gave a standing ovation at the end. It's his performance that has to bring the nightmares to life, and that finds the twisted poetry in the text. One thing Richard and I did agree on was that getting this casting anything less than perfect would cripple any production of the play. The late appearance of Pitchfork Cavalier (Steve Guadino) who is - well, it's probably safe to say he's not quite what anyone's expecting - adds a genuinely frightening layer to this ghost train ride, another recurring image. Ridley's written better plays since The Pitchfork Disney first appeared, but his particular identity as a writer is already very strongly apparent here.

The Pitchfork Disney by Philip Ridley is booking until the 17th of March at the Arcola Theatre's Studio 1.