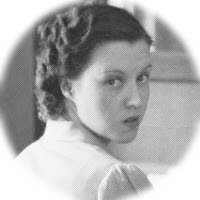 John Van Druten's London Wall is an ensemble comedy-drama set in a solicitor's office, casting a particular eye on what working life was like for women in the 1930s. Office manager Mr Brewer (Alex Robertson) has tried his luck with most of the typists - currently he's got his eye on newcomer Pat (Maia Alexander,) who doesn't heed the warnings of Miss Janus (Alix Dunmore.) 35 and engaged for 7 years to a foreign diplomat who seems to have lost interest, Miss Janus herself is afraid of becoming an old maid and being stuck in this low-paying job all her life. Meanwhile Miss Hooper (Emily Bowker) is seeing a man who swears he'll leave his wife for her, and Miss Bufton (Cara Theobold) doesn't mind being seen on a different man's arm every night. The personal crises that intrude on office life give a picture of women who may be more independent that the generation before them, but still have to rely on the hope of marriage as an escape from poverty.

Tricia Thorns' production is a joy that hits all the different emotional buttons, from pathos to some very funny moments, many of them coming from Theobold's unabashed Miss Bufton. Alexander's a likably innocent - but not naïve - central figure, who's drawn to Brewer's oily charm less by his ability to pay for dinner and a show, than by the fact that he pays her attention. 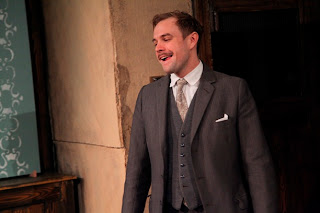 The boy Pat really likes is Hec (Timothy O'Hara,) who works downstairs and keeps finding feeble excuses to visit their office, but as neither of them is willing to admit they're more than friends, will he lose her to Brewer before he even gets round to making a move? Pat and Hec's unlikely matchmaker is Miss Janus, Dunmore's portrayal of a woman seeing a life of disappointments ahead of her providing the play's heart under an icy demeanour. 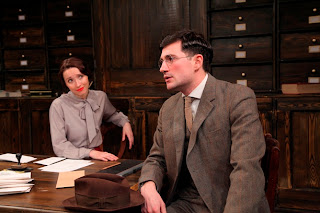 They're well-supported by Marty Cruickshank as a wealthy but batty client who fills her time adopting people and fling nuisance lawsuits, and suggesting a lonely fate for a woman who doesn't find a man; David Whitworth as "Our Lord" Mr Walker, the head of chambers whose kindliness is balanced out by an amusing lack of tact; and Jake Davies as the compulsory cheeky-chappy office boy.

I don't know if I'm imagining the Finborough's sets getting even more ambitious in the small space than they were already, but Alex Marker's design certainly has some fun alternating between the general office and Walker's private study. The economically-designed set is as much a character as anything else, and the cast pay equal attention to detail in doing the scene changes in character. 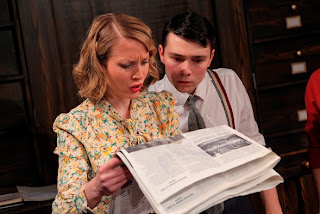 Like so much unearthed by the Finborough, Van Druten's play was once popular but has languished unproduced for decades. A shame - this sympathetic a look at the early days of women in business seems quite forward-thinking for 1931, and from a modern perspective sheds a light on a corner of history we probably take for granted.

London Wall by John Van Druten is booking until the 23rd of February at the Finborough Theatre.