PREVIEW DISCLAIMER: Press Night for Once is tomorrow night. 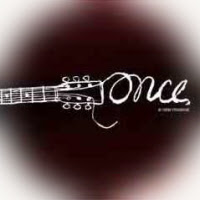 Has the latest Broadway musical import timed its arrival in the West End as well as it could have? A multiple Tony-winning hit in New York, where it's still running, Once may have it all to do to get noticed above the sound of The Book of Mormon. But perhaps the cult fanbase of John Carney's original movie will give Enda Walsh's adaptation a push - tonight's Monday preview was pretty packed (although of course I can't tell how many in the audience had paid full price.) John Tiffany brings to the stage an Irish Guy (Declan Bennett,) a vacuum cleaner repairman and busker who's recently had his heart broken and is ready to ditch his musical dreams when he meets a Girl (Zrinka Cvitešić.) A Czech whose husband returned home, leaving her in Dublin with her family and young daughter, the Girl falls for the Guy's music and convinces him to stick with it, helping him build up a band out of friends and relatives so he can record a demo CD.

Tiffany's production turns the low-key movie musical into an actor-musician production, Bob Crowley's set a large pub in which various parts of Dublin come to life, the rest of the cast staying onstage pretty much throughout (plus for about 20 minutes of pre-show Irish folk music) and backing the leads on a variety of instruments. 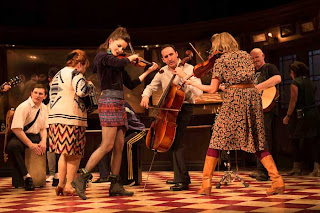 There's lots of good stuff going on in Once (I liked the conceit of having the surtitles display a Czech translation when Czech characters were speaking to each other) but as a whole the show didn't quite come alive for me. Bennett and Cvitešić are good performers and likeable but I felt little involvement in their non-romance. Perhaps it's the fact that the Girl makes it clear from the start that despite having feelings for the Guy she'll never act on them, that means there's never any real chance for much chemistry to build up. There's a strong supporting cast - I warmed to Aidan Kelly as music shop owner Billy, after initially feeling the character was a bit too forced an attempt at a lovable eccentric. And Ryan Fletcher and Jos Slovick are good as Girl's brothers, learning their English from Irish soap operas and ending up with an amusingly hybrid accent. 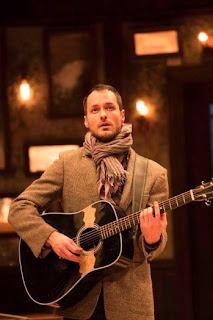 Both Ian and I had seen the original film, neither of us were convinced it had lived up to the hype, but wanted to give this version a chance. And it probably did work better for me on stage than on screen. But as a musical it does have a fatal flaw, and that's the songs. Its Oscar-winning signature tune, "Falling Slowly," is incredibly pretty and warmly familiar, but there's little else to match it. The closest is "When Your Mind's Made Up," but it's hard to believe that it would stop studio engineer Eamon (Gareth O’Connor) in his tracks in the way we're shown. And all Glen Hansard and Markéta Irglová's songs have a maudlin air that's a bit too samey and, dare I say, dull (but in these days of Mumford & Sons "dull" is probably considered a plus.) 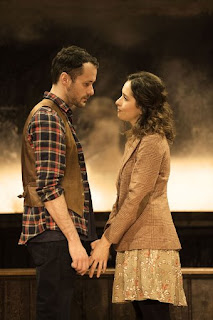 Despite a rather forced "Oirishness" that probably goes down a storm in New York, Once is a likeable show, and its low-key anti-romance and down-to-earth style belongs on a stage, but I'm not convinced it's this stage. I suspect that when, in 20 years' time, it's been forgotten and gets an intimate fringe revival, it'll be a really moving and involving show. But its folksy charm isn't quite powerful enough to reach the back of the Phoenix.

Once by John Carney, Enda Walsh, Glen Hansard and Markéta Irglová is booking until the 30th of November at the Phoenix Theatre.