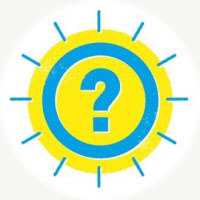 "The writers have the keys" says the slogan for the summer season at the Royal Court, where Vicky Featherstone gives herself some lead-in time to her first season by asking several dozen playwrights to programme a festival of new writing. Judging by their first offering, when Featherstone gets the keys back she'll have a lot of cleaning up to do - if this is how masturbatory things are going to be, the cushions are going to get very sticky.

As part of the Open Court festival we have Surprise Theatre, in which a different short piece is performed every Monday and Tuesday night for two performances only (7:30pm and 9pm.) Title, subject matter, writer and cast are all a secret until the moment the curtains that have been installed in the Jerwood Theatre Upstairs pull back and the show starts.

With my somewhat hectic theatrical schedule I could only make one performance of Surprise Theatre, and as it happens it was the first. The curtains went back to reveal Mark Ravenhill at a lectern, with projections behind him alternating images of the Royal Court's building, Canary Wharf, and cakes. The information sheet (given out after the performance had ended) says "Over the last ten days Mark Ravenhill conducted individual interviews with playwrights asking them the question 'what is your ideal theatre,' this performance lecture is a distillation of their responses." The playwrights in question are April De Angelis, Howard Brenton, Tim Crouch, Chris Goode, Zinnie Harris, Ella Hickson, Gregory Motton, Philip Ridley and Simon Stephens, and the play is called Cakes and Finance.

Ravenhill, directed by Richard Twyman, lectures us with excerpts from these interviews for 45 minutes, with a recorded voice giving a title to each little section. It feels like it should be the introduction to the piece of theatre but no, this is the whole thing. What's frustrating is that the individual comments by writers are, more often than not, rather interesting, often amusing (you aren't told who said what, Ridley was the only one I could pick out for certain.) But lumped together in a speech by a non-actor who makes for a decent but unspectacular performer the end result is dull, and of course by its very nature self-indulgent.

Perhaps this is entirely Ravenhill's doing as he's the one credited with the work, but for me it didn't bode well for the season - that the opening statement should be a bald celebration of how everything writers have to say about theatre is worth listening to. I got the feeling that Ravenhill was doing impressions of some of the playwrights he was quoting, which I'm sure is LOLHILARIOUS if you know them personally, but doesn't exactly do much to dispel the feeling that this is the writers treating the platform they've been given as a big public circle-jerk.

Four people stormed out once it became apparent this was all we were getting - this being the Royal Court, I can't discount that being part of the show, in which case it would count as the only part of it that was actually theatre. Two of the escapees actually went off via the stage door - "it gets better!" lied Ravenhill after them. Far be it from me to tell him how to do his job, but maybe he should leave the verbatim theatre to Alecky Blythe - at least she fashions a narrative from what she's collected.

And I'm sure it does get better as the Surprise Theatre season goes on, and I'm sure there'll be performances I'll be gutted to miss - perhaps ones that are actually theatrical. The 9pm performances will be livestreamed here, and apparently will subsequently remain available to view for the rest of the festival's duration, so hopefully I'll be able to catch those I can't make (and maybe even stage-to-screen review them, who knows.) But what a strange, arrogant way to open a season like this.

Surprise Theatre is booking in repertory until the 16th of July at the Royal Court's Jerwood Theatre Upstairs.