PREVIEW DISCLAIMER: This was the first in a series of London and Manchester Previews before Dark Vanilla Jungle officially premieres at the Edinburgh Festival. 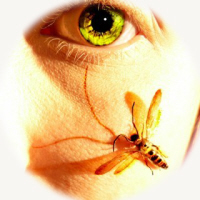 Andrea (Gemma Whelan) is a rather reserved-looking teenager, dressed as if her mother chooses her clothes for her, and entering the room nervously, stumbling over her words as she tells a story about getting stung by a wasp at the age of five. But her speech sometimes degenerates into obscenities screamed at the audience, her stories feature the phrase "I must have blacked out or something" far too often, and it becomes apparent her speech is some sort of confession or testimony. It seems the young woman's become a regular in the newspapers, which call her a witch or monster because of "what she did to the soldier and the baby." After experimenting with a much more epic scope in his two 2012 premieres, Philip Ridley pares things right down to a monologue for his latest play, Dark Vanilla Jungle.

And as with many monologues - and many Ridley plays, for that matter - it's one I can't say too much about without giving it all away. Andrea appears to be a pretty normal 15-year-old, with the usual complement of school friends and enemies, although revelations about her family suggest she's got her share of demons. A turning point though is meeting Tyrone, a good-looking 23-year-old she starts a sexual relationship with. This being a Philip Ridley play, his motivations turn out to be even more disturbing and mysterious than sex with an underage girl. 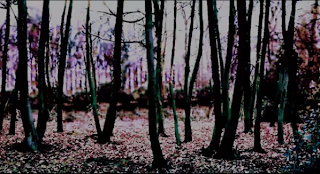 Regular Ridley collaborator David Mercatali directs, and gets out of Whelan a spectacular performance that charts Andrea's journey from apparently normal girl to dangerous fantasist in a way that feels horribly plausible. Some of the details of the acts she's being judged for remain vague by the end (was there ever really a baby?) but it feels as if this is because Andrea herself is unclear about what happened outside the bubble of her fantasy island. The playwright's traditional poetic language that sees love and sex expressed in the form of the beautifully grotesque is present and correct, as is the dark but sharp humour (Andrea's interpretation of the meaning of "Away In A Manger" is great, as are her observations on the Nativity in general.) Although, aptly in this weather, instead of the usual chocolate it's ice cream that punctuates some of the most crucial events here.

This wasn't my favourite of Ridley's plays but then again it has some stiff competition. As ever it's powerful, devastating and not for the faint-hearted. Whelan proves a highly promising performer, and with this being only the first public performance she can only get better.

Dark Vanilla Jungle by Philip Ridley is booking until the 21st of July at Soho Theatre Upstairs (returns only,) then continuing to the Royal Exchange Studio, Manchester, and the Pleasance Courtyard Beneath, Edinburgh.