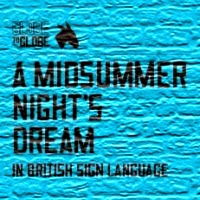 Deafinitely Theatre first came to Shakespeare's Globe for the original 2012 Globe to Globe season, contributing British Sign Language as one of the many languages the canon was performed in. Love's Labour's Lost was a bit of a wordy choice of comedy to have performed silently, but the company's been invited back this year to produce a new show, and A Midsummer Night's Dream is an infintely sillier play with plenty of opportunities for physical comedy. In addition, there's more here now for people who don't know BSL: The popularity of their first Globe vist led Deafinitely to broaden their scope, from a deaf theatre for deaf audiences, to a deaf theatre for all audiences. So as well as the scene synopses on screens, we now also get a bit of Shakespeare's original text. The cast now includes the odd hearing actor, like Anna-Maria Nabirye, who was a standout in the 2013 Faction season, and here plays a fairy who, along with Alim Jayda's Puck, translates back into English some of the more crucial dialogue.

There's a suggestion of a high concept in turning Theseus (Ace Mahbaz) into the CEO of a bank, and Hippolyta (Nadia Nadarajah) his opposite number in a rival bank he's just taken over, and fallen in love with her in the process. Whatever the setting, the course of true love is still meddled with by fairies, and Bottom (David Sands) still ends up with an ass' head. This transposition to a modern corporate environment doesn't really have a huge impact, but it's worth it for a lovely gag involving an identity tag. 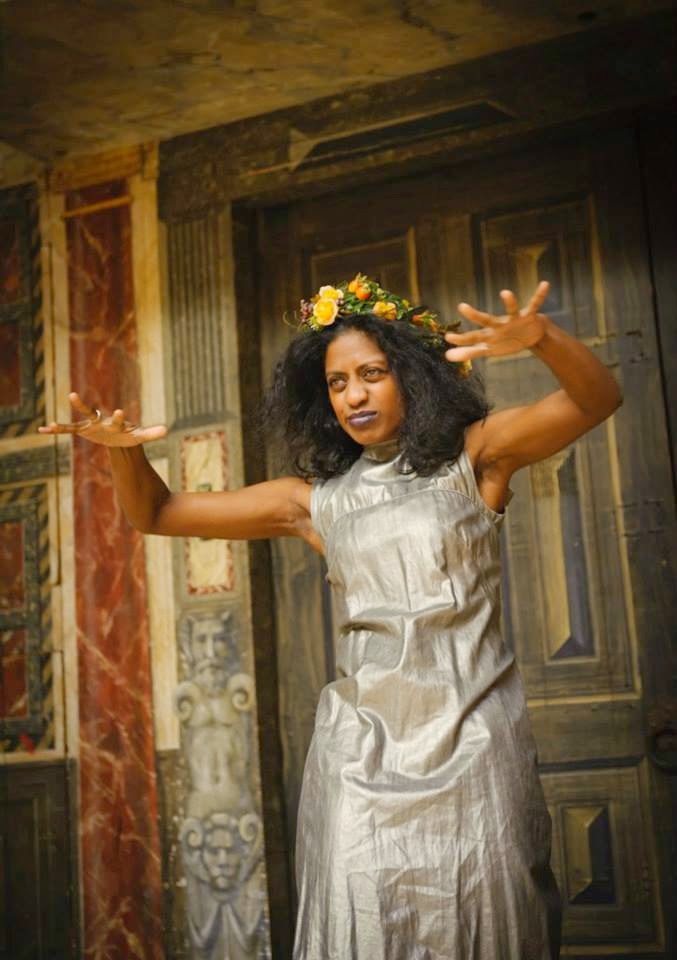 The mix of spoken English and BSL is most experimented with in the scenes with the rude mechanicals (now middle management.) Peter Quince (Ralph Bogard) isn't deaf, and a running joke sees Bottom make fun of his clumsy sign language; while a play-within-a-play featuring a lion is apt to hit a problem when the actors can't hear it roar. It's always a likeable evening, but A Midsummer Night's Dream often steps up a gear for the climactic Pyramus and Thisbe scene, and so too does this, the visual form of communication turning into a very funny finale of physical comedy.

A Midsummer Night's Dream by William Shakespeare in a version by Deafinitely Theatre is booking in repertory until the 7th of June at Shakespeare's Globe.