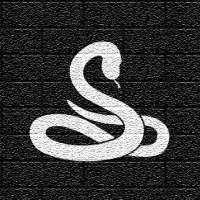 Eve Best brings one of the dirtiest laughs in theatre back to Shakespeare's Globe, at a time when the place seems like a bit of a deathtrap for actors: There was an actor off when I saw Titus Andronicus, and now at Antony and Cleopatra Christopher Saul had to read in Lepidus as James Hayes is injured1; the show's only just got its Antony back as Clive Wood had to miss most of the previews due to illness; and at today's matinee Best herself had a strapped up foot that seemed to be causing her some pain, but she gamely kept going. And just as well because although Jonathan Munby's production is probably the best I've seen yet of a Shakespeare play I've never been a fan of, Best's Cleopatra is still the highlight, utterly embodying the play's most famous quote about the mercurial queen.

Following the events of Julius Caesar (which is actually being produced next in this season,) Rome is ruled by a barely-held-together triumvirate: The old soldier Antony and the young politician Octavius Caesar (Jolyon Coy,) with the third member, Lepidus, pretty much there to keep the other two from killing each other. In a desperate attempt at peace between the rulers, Antony marries Octavius' sister Octavia (Rosie Hilal,) but this only makes things worse as his heart is still in Egypt with the woman he really loves, Cleopatra. A civil war for complete control of the Empire is inevitable. 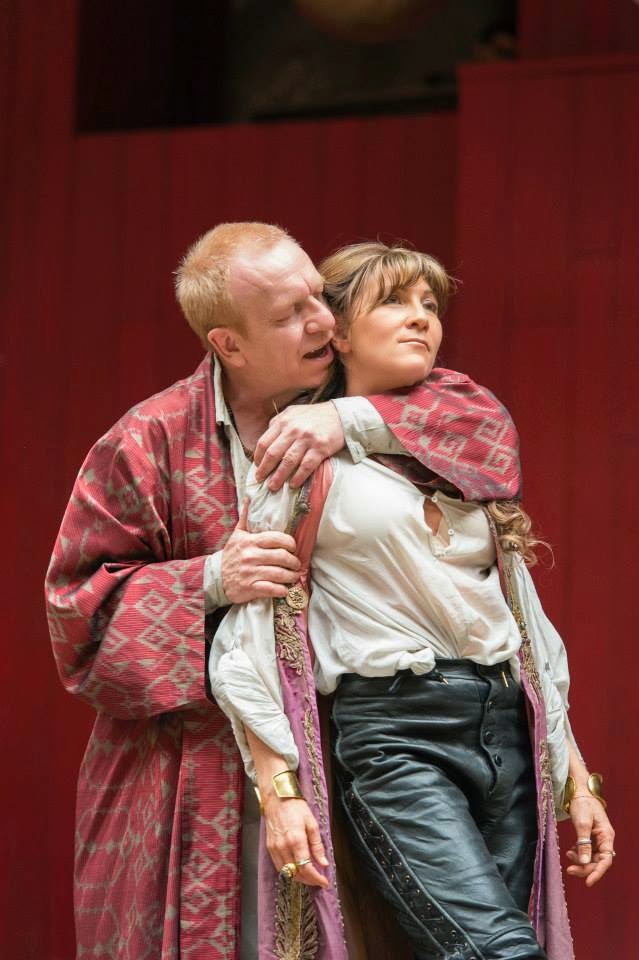 The accurately-named Eve Best is, as I say, the best thing about the production (even when the ubiquitous helicopters seemed to be particularly picking on her big speeches today,) utterly convincing as someone Antony couldn't give up, to the extent of making some of the disastrous decisions he does when distracted by her. She flits from flirtation to aggression, subtle to not-so-subtle manipulation, and builds up funny relationships both with the eunuch Mardian (Obioma Ugoala) whose singing she's constantly shutting up, and with the messenger she consistently beats up for bringing her bad news - the audience flinched at one point when Peter Bankolé's head bounced particularly loudly off the stage. 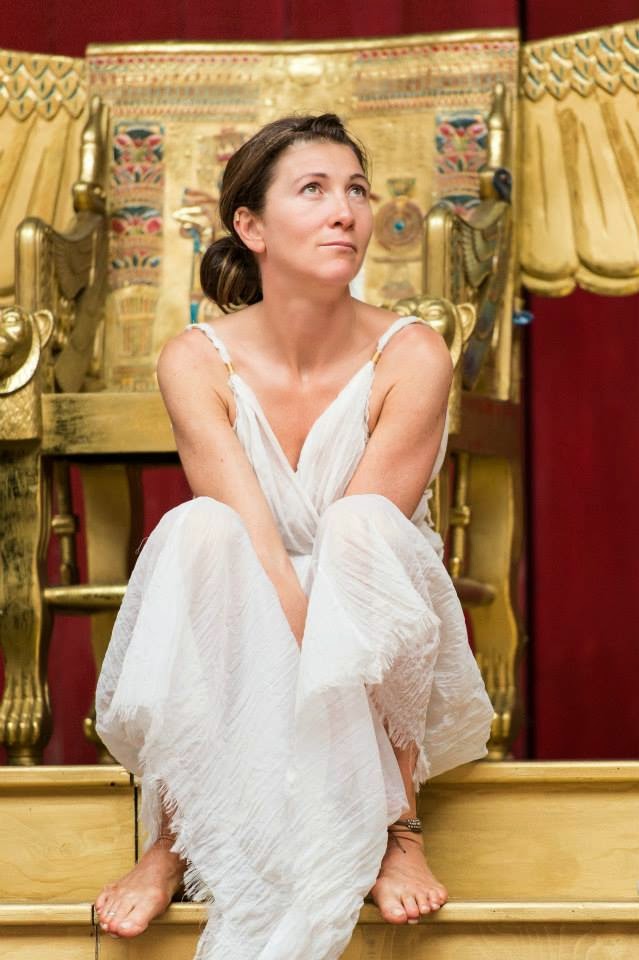 The strength of the production though is that it doesn't flag when Best isn't on stage. Colin Richmond's set makes good use of banners, flags and maps to move the story along, and his costume designs mark a stark contrast between the hedonism of Egypt and the Jacobean black-and-white of a businesslike Rome modeled after Coy's cold Caesar, who occasionally lets the immaturity he's accused of show through as well. 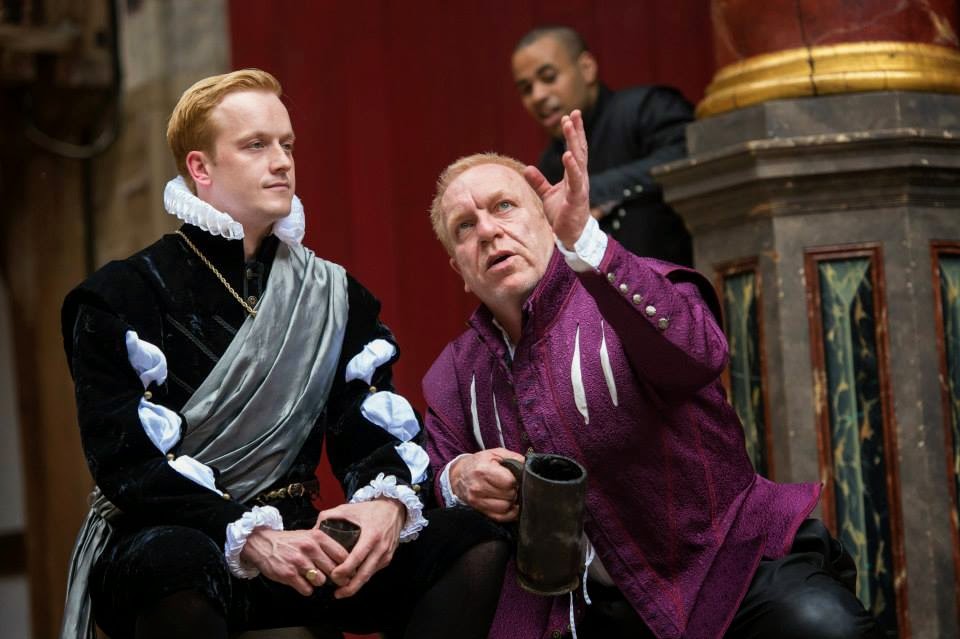 The infighting of the Romans contrasts with the singularity of purpose of the sexy, swashbuckling Pompey (Philip Correia) with whom they make an uneasy truce; and the main cast is completed by Phil Daniels as Enobarbus, Antony's lieutenant whose loyalty clashes with his common sense. 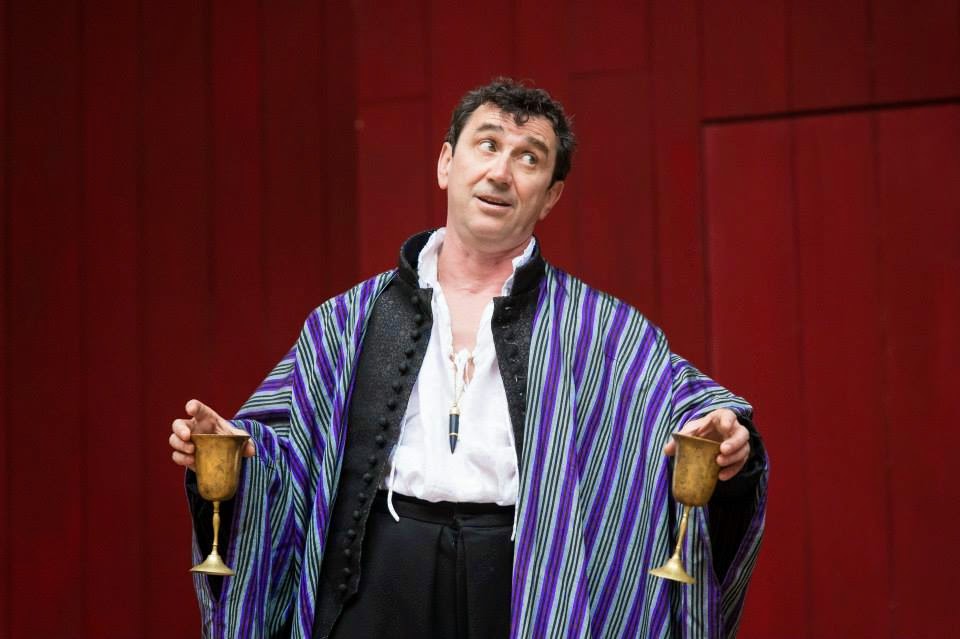 Although there's still moments where the various different battles going on drag out and blur into each other, Munby's production is as clear and as entertaining as I've seen. It takes its cue from the queen and quickly and successfully jumps between contrasting moods: Doubling as Eros, Bankolé gets a second audience gasp at his surprise!suicide, but this is followed by the unlikely comedy of Antony botching his own death. It won't make me approach future productions of Antony and Cleopatra with any less trepidation, but this one at least is a hit.

Antony and Cleopatra by William Shakespeare is booking in repertory until the 24th of August at Shakespeare's Globe.

1I swear the Globe used to have prepared understudies from within the cast, why do they now have to find additional actors at the last minute? My theory is that after launching both the Swanamaker and the G2G Hamlet before they'd secured full funding for them, they can't afford understudies any more. Probably also related to this season's productions not being cross-cast, so there's more actors on the payroll overall, and they can't give each production as many supernumeraries from whom to draw the understudies.
Posted by nick730 at 16:57