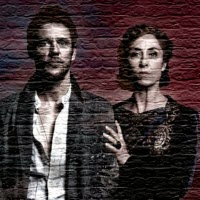 Another change of pace from writer Rona Munro and director Laurie Sansom as we reach the end of the epic trilogy The James Plays with James III - The True Mirror. And if the first two Scottish kings to bear that name were complex characters whose actions weren't always easy to sympathise with, Jamie Sives' James III turns out to be an out-and-out dick. Flamboyant, bisexual, and preferring the grand gesture over the actual business of ruling, he's fond of squandering the country's meagre budget. A cathedral is the legacy he speaks of most, but in the meantime he'll settle for a choir to follow him around everywhere commentating on his actions. His relationships with courtiers Cochrane (Andrew Rothney) and Ramsay (Mark Rowley) as well as laundry girl Daisy1 (Fiona Wood) are barely disguised from the court, least of all the queen. On the surface, his court is a place of safety and pleasure.

Of course this is still the cut-throat political world of the previous two plays, so the reality is that Lord John, Head of the Privy Council (Gordon Kennedy,) is barely keeping Parliament together in the face of the king's indifference; and the always-present English threat would be ready to pounce at any sign of disunity. 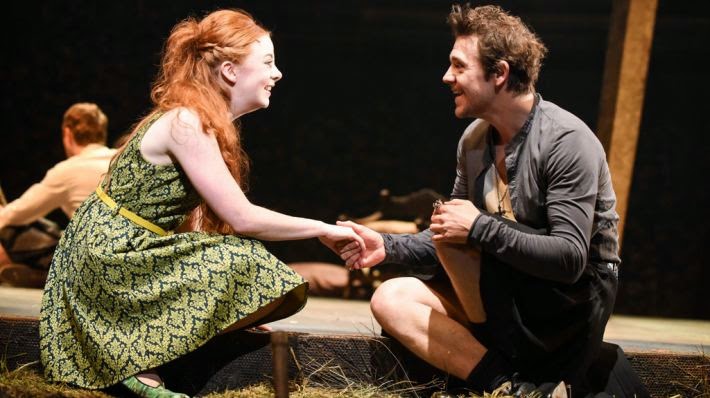 This is the play that, despite still having a man in its title, can really put a woman at the heart of it, as Queen Margaret is clearly the born ruler her husband could never be. Sofie Gråbøl has a lovely mix of warm humanity and sturdy leadership to make the character work so well, and is the heart of a piece that, although good in its own right, is weaker than the two that came before it. Instead of the more in-your-face violence of the first two, James III presents its political struggles under the same gentle façade as the court itself does. It's interesting, but its energy levels never quite match its predecessors'. 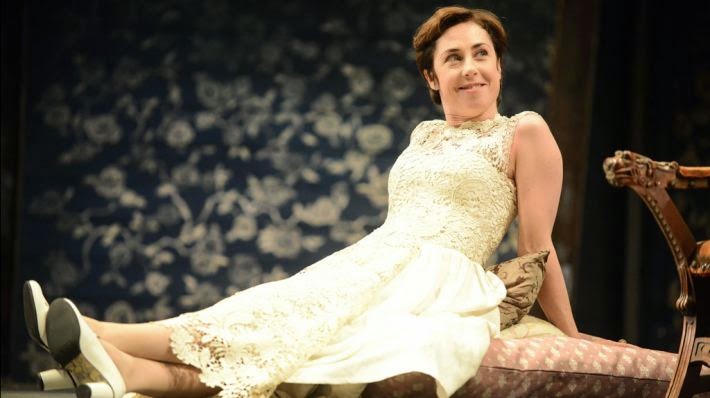 If the mix of styles doesn't always come together, there's lots of memorable scenes, from the song and dance numbers that open each act, featuring modern songs done in a Scottish folk style (Jon Bausor's design for this one also mixes a number of eras,) to the sad flirtation between Gråbøl and Kennedy as Margaret realises John isn't the bore she thought but a much deeper man than her husband. One of the most disturbing strands of the play sees James persistently inflict emotional and physical abuse on Jamie (Daniel Cahill,) his son and heir whom he resents as a sign of his own mortality, and even tries to get killed. This climaxes in a
FULL-FRONTAL MALE NUDITY ALERT!
from Jamie that suggests he'll bear the responsibilities of rule as even more of a burden than most; although to be honest, even from our seats in the Circle it looked as if Cahill was quite enjoying the scene. 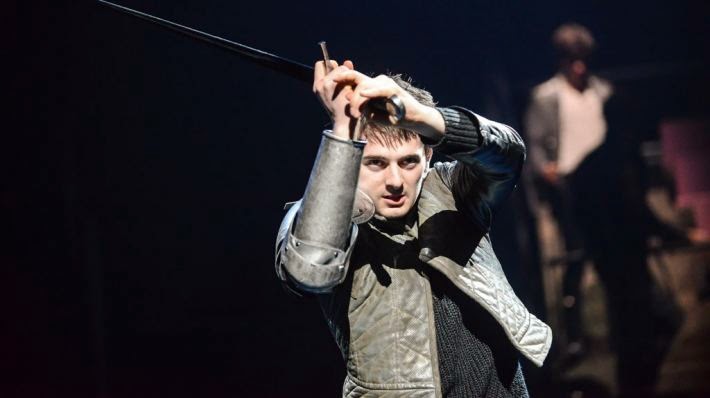 Amazing arse, too. You could balance coins on it.

This scene also serves as a coda to the whole trilogy, with bloody and disturbing history still stretching out ahead even as Munro's plays end. Although who knows, after the huge success of this sequence, maybe she'll emulate Shakespeare and do another run of history plays to take the Jameses all the way up to the Union. For now though this is a trilogy that fully deserves the praise it's received, impressive in the variety of styles Munro and Sansom have used to make each one distinct, while still making a coherent whole. With the run soon coming to an end, if you can only catch one of the three I'd say James II is the strongest, it's the most audacious in its structure and style which I personally found thrilling. It seems everyone has a different favourite though, proving that this really is a well-balanced and fascinatingly diverse trilogy.

James III - The True Mirror by Rona Munro is booking in repertory until the 29th of October at the National Theatre's Olivier.

1named, Phill decided, after the Poundland detergent. BECAUSE SHE'S CHEAP *heaves bosom*
Posted by nick730 at 23:11