PREVIEW DISCLAIMER: The papers get invited in tomorrow. 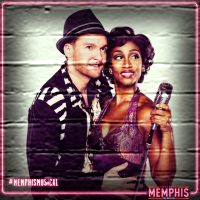 Usually when a show has a creative whose previous work had quite a healthy London run, that fact is plastered across the publicity, but funnily enough the latest feel-good, big-budget Broadway musical import doesn't say "FROM THE WRITER OF FUCKING MEN!" on the posters. Joe DiPietro provides the book for Memphis, with music by David Bryan and lyrics by both. Set throughout the 1950s, the titular city is still segregated, something that extends to the radio, with the mainstream stations playing songs by white artists, and black music restricted to specialist stations with a limited range. Killian Donnelly plays Huey (Jon Robyns alternates at certain performances*, the rest of the time getting a cheesy turn as Perry Como,) a white DJ who's gone to black clubs and churches to hear their music, and manages to get black artists played on a mainstream station.

It gives him the most popular show in town, and he soon makes the leap to local TV, but if mixing the races in music meets with less than universal approval, there's another secret nobody is ready to accept: Huey and his big discovery, Felicia (Beverley Knight,) are in love. 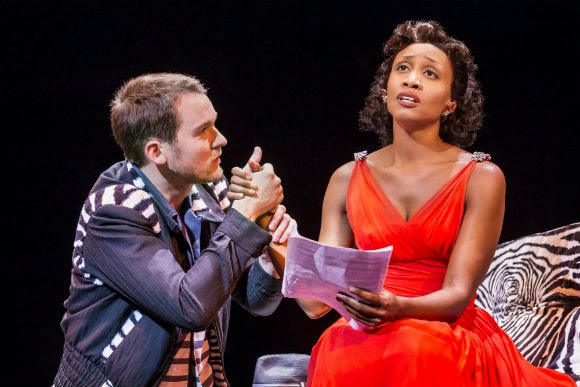 Knight's effortlessly smooth voice and Donnelly's gruff one are in their very different ways the kind to give you goosebumps, and they work well together . So too do their characters, Knight's Felicia determined but vulnerable, Donnelly's DJ who dresses "like a Christmas tree with a drinking problem" a mix of Robin Williams and Kenny Everett. 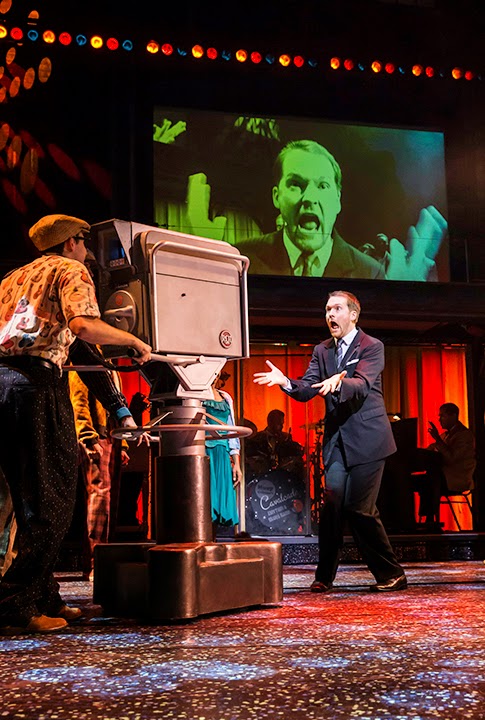 The two leads get plenty of moments to shine but there's also strong support from Rolan Bell as Felicia's overprotective brother Delray, Claire Machin as Huey's mother and Jason Pennycooke as Bobby, a cleaner who finds a new lease of life when put in front of a camera; each of them gets their own moment in the spotlight. Bryan and DiPietro have come up with a collection of memorable songs, from which the stand-out is Felicia's signature tune "Someday," with its authentically Motown-ish feel. 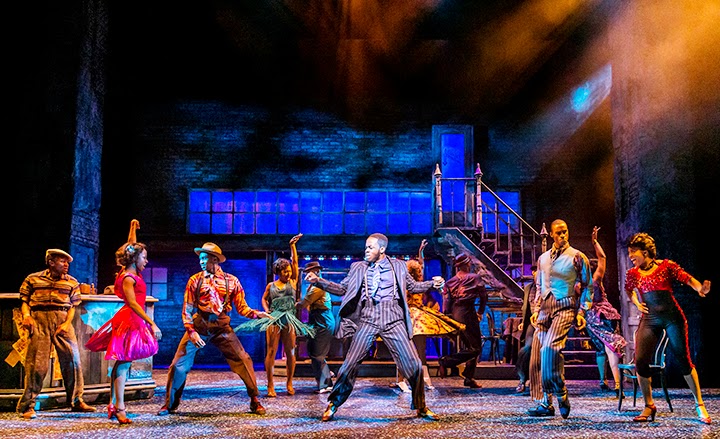 Christopher Ashley's production comes with the inevitable slickness of a Broadway show but even if it could do with being a bit rougher around the edges it's got plenty of heart and is ceaselessly entertaining. Memphis' London run has landed in a theatre that's notoriously hard to get a hit in, the last long run being Hairspray, another show that saw segregated Americans mix on a TV dance show; Memphis deserves to stick around as long as that show did.

Memphis by David Bryan and Joe DiPietro is booking until the 28th of March at the Shaftesbury Theatre.

*Beverley Knight and Killian Donnelly's regular days off are listed here.
Posted by nick730 at 22:51