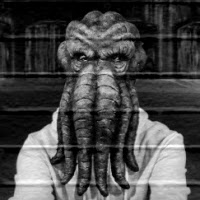 A huge amount of Twitter buzz saw me make a last-minute trip to Richmond for Alistair McDowall's wildly surreal Pomona, a mix of urban thriller, epic fantasy quest and Lovecraftian horror. Ollie (Nadia Clifford) is searching for the identical twin sister who vanished some weeks earlier. There's also been a number of disappearances at the brothel where Fay (Rebecca Humphries) fled to after her policeman husband abused her. Both mysteries may find a solution in Pomona, a concrete island in the middle of Manchester isolated by canals and defunct train lines. Nobody seems to quite notice Pomona is even there, but just in case anyone gets curious the gangsters who make mysterious deliveries there have hired Moe (Sean Rigby) and Charlie (Sam Swann) as security guards. But their boss Gale (Grace Thurgood) now wants them to take a more hands-on role in the business.

Ned Bennett directed Mercury Fur a couple of years ago, so he's well-qualified to take on McDowall's darkly surreal world that teeters on nightmare and questions its own reality. 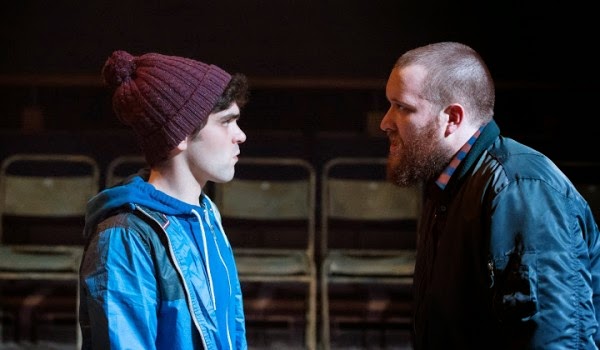 Pomona's scenes are presented out of order, but it's also structured in a Möbius loop of storytelling that circles around Charlie playing a Cthulhu-themed version of Dungeons and Dragons with the enigmatic Keaton (Sarah Middleton.) Are some of the more outlandish elements of the story simply a part of the game? Or are the rolls of the 20-sided dice actually affecting reality? 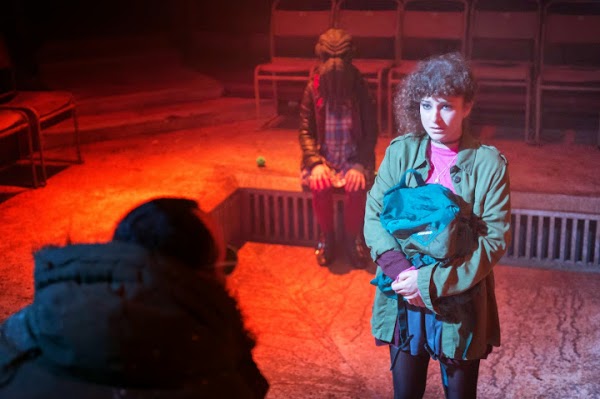 No answers are forthcoming but for the most part Bennett's production creates an intensely theatrical experience out of McDowall's play. Georgia Lowe's design puts a pit with a gutter in the middle of the in-the-round staging, a constant and sinister reminder that vital fluids could well be getting spilt in there over the course of the show. 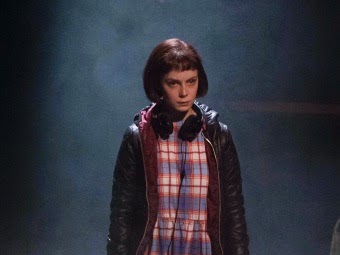 And there's committed performances from the cast, with an eerie, nervous stillness from Middleton's Keaton, and a change of pace for a quiet scene between Fay and Moe, whose significance becomes apparent soon afterwards. The change in tone is a welcome one in a play that could perhaps have done with a couple more of them, and which feels maybe about ten minutes too long overall. It can't be faulted for ambition though, and while I don't agree with those who've called it the show of the year, it can't be accused of offering the same-old, same-old. Unless you count The Old Ones.

Pomona by Alistair McDowall is booking until the 13th of December at the Orange Tree Theatre.