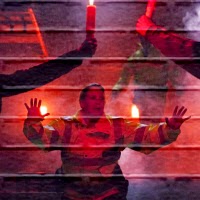 Constable Gail Wilde (Lorraine Stanley) was a minor character in a Roy Williams play, who the playwright decided he'd like to see as the central figure in her own right. The result is Wildefire, which premieres in the main house as part of Hampstead's police-themed season that also includes State Red Downstairs. Patrolling a quiet town isn't quite fulfilling enough for Wilde, who at the start of the play transfers to the Metropolitan Police. With stories of her grandfather making a real difference on the same beat, she stays cheerfully optimistic in the face of cynicism from her partner Spence (Ricky Champ,) who keeps an unauthorised informant (Eric Kofi Abrefa) out of his own pocket, and isn't above outbreaks of violence. When things become personal, though, Wilde finds that the pressure soon leads her to even greater extremes than Spence.

Williams has managed to put forward a remarkably even-handed view of the situation, showing the police faced daily not only with aggression, but perhaps worse the frustration of getting the roughest treatment from the people they're trying hardest to help. 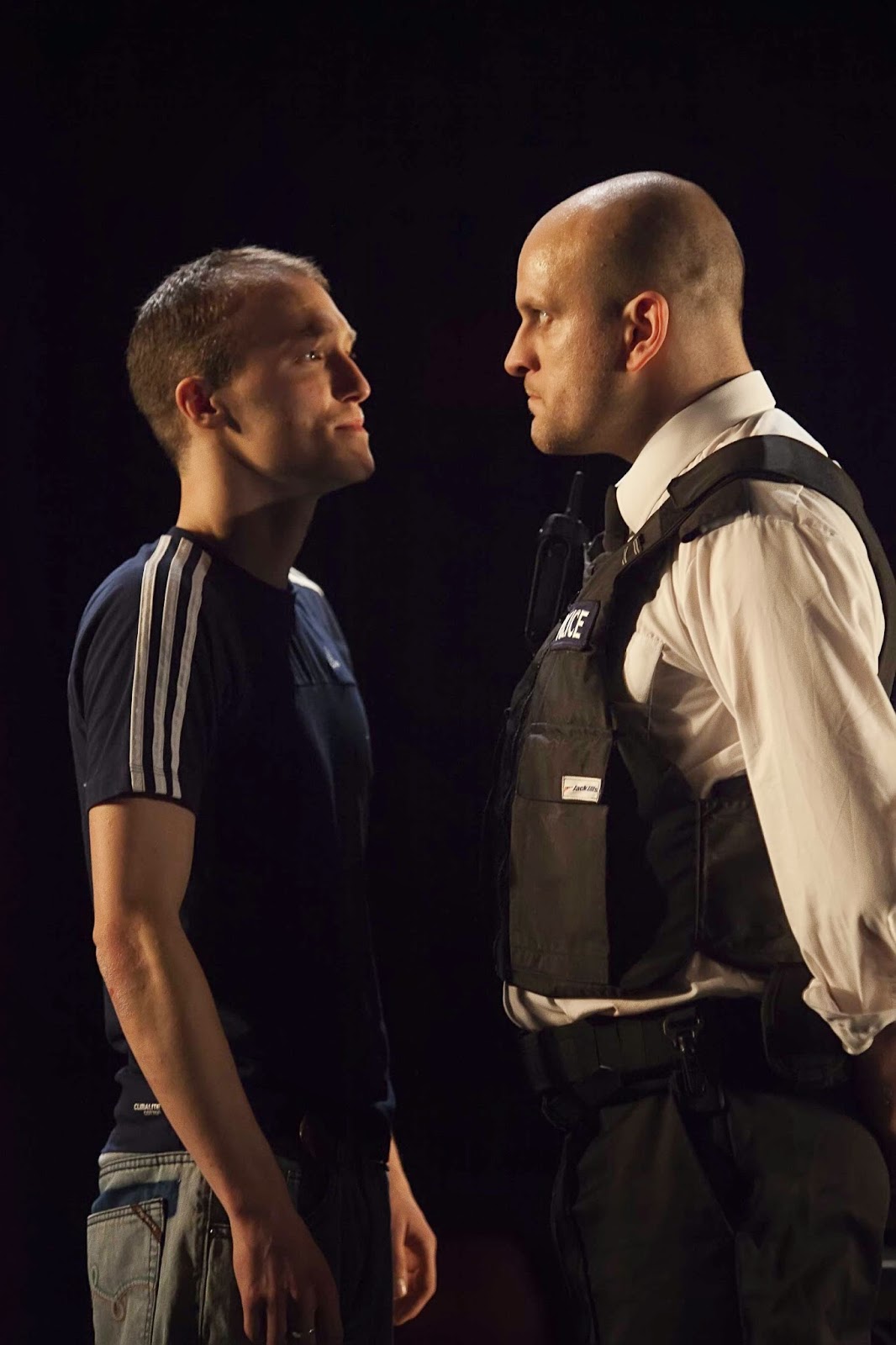 So Wildefire makes it clear what drives the officers to betray their original principles, but doesn't forgive the things they do in retaliation. Stanley does a good job of portraying the bright-eyed drive to do good that Wilde arrives with, then having it corrupted by violent gangs, and the frustration of a battered wife (Tara Hodge) who persistently refuses her help. Eventually we've gone full circle and when she gets her own new recruit (Cian Barry) she's downright aggressively contemptuous of his optimism. 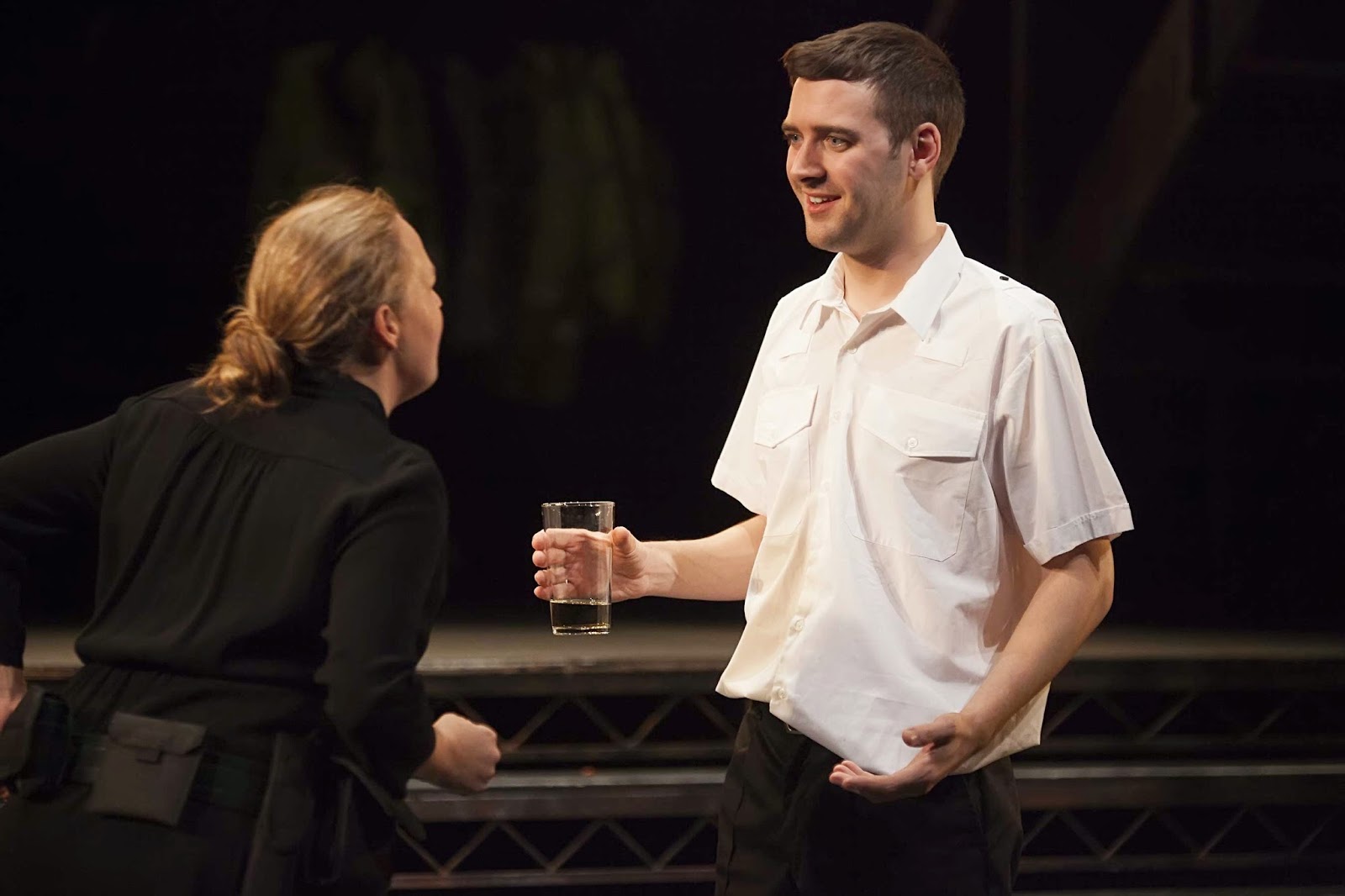 The relentless attacks on Wilde and her downfall could have come across as laying it on a bit thick but director Maria Aberg is very much back on form here. With scenes overlapping and action all over Naomi Dawson's brutally stripped back, multi-level set, she gives the play the pace and intensity of a thriller. The way the lines blur between the hooded figures stalking the stage as literal rioters, and as Wilde's inner demons, is beautifully done. For an 85-minute show there's an impressively drawn variety of characters, from Fraser James' sergeant whose promotion hopes seem the be the only thing keeping his belief in the job alive, to Sharlene Whyte's Maxine and her complete disillusionment; meanwhile Simon Manyonda's Chris may clearly not be the most talented cop, but his treatment of it as just another day job leaves him the only one who appears uncorrupted by it. Wildefire is a perfect example of a well-written, hard-hitting drama that also succeeds as a piece of high-octane entertainment.

Wildefire by Roy Williams is booking until the 29th of November at Hampstead Theatre.