Theatre review: The Taming of the Shrew (Shakespeare's Globe & tour) 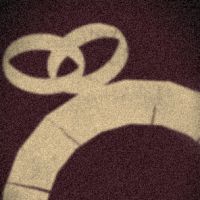 After a pretty safe opener in Twelfth Night, the second of Brendan O’Hea’s Globe productions vying for votes on the tour is The Taming of the Shrew. It’s a play that seems ripe for exploration in a year when #MeToo is a major theme in theatre, but it’s also one that, precisely because of the modern context, needs a lot of work and a high concept to find its place on a 21st century stage. Can an eight-strong company who are also rehearsing two other plays at the same time bring that level of nuance? No. Lucentio (Luke Brady) arrives in Padua and instantly falls in love with Bianca (Sarah Finigan,) daughter of the wealthy Baptista (Cynthia Emeagi.) Baptista knows his youngest daughter has many suitors, and has used this to deal with a problem: His eldest, Katherina (Rhianna McGreevy) is so bad-tempered she’s widely considered to be cursed. Baptista has decreed that he’ll only give his blessing for Bianca to marry when a husband has also been found for Katherina.

Enter Petruchio (Colm Gormley,) who considers the dowry reason enough to take on the challenge, and has a plan he’s sure will make Katherina compliant: Actual literal torture until she submits.

Quite apart from the obviously uncomfortable elements, I’ve also always had a problem with The Taming of the Shrew’s fluffier comedy plotline, in that it’s just not funny. In that respect at least O’Hea’s production does well enough, and if the plotline of Lucentio and Hortensio (Steffan Cennydd) disguising themselves as Bianca’s tutors rarely made me laugh out loud at least it’s played likeably enough – the running gag about Hortensio trying to teach music while having no apparent musical talent is a nice addition.

But the production’s approach to the sexual politics problem is more or less to ignore it, and attempt to get through the starvation and sleep deprivation as quickly as possible. The abuse of the servants, which by appealing to Katherina’s underlying kindness is a major part of the “taming” in itself, is pretty much played for laughs. I liked McGreevy’s Kate, who from the start makes it clear the real problem people have with her is her independence rather than any real obnoxiousness, and who shows real vulnerability once put under Petruchio’s control. But the moments where the actors try to acknowledge the play’s problems tend to be undermined – Emeagi’s Baptista, for example, is horrified at the wedding scene at what he’s allowed to happen to his daughter, but this is at odds with the next time they see each other, where he still basically greets Petruchio with “LOL I really sold you a dud didn’t I?”

Oddly enough the cast seem most comfortable when doubling as more minor roles than in their main ones – they all seem to have fun lining up as the servants for some slapstick beatings, and the scenes where the fake Vincentio (Cennydd) squares off with the real one (Jacqueline Phillps) is probably where the comedy works best. Compared to when I saw Twelfth Night, the cast already seem to have become happier to interact with the audience and ad-lib with the groundlings, so there’s light fun to be had here, but the production has far from changed my mind about whether this play should really still get the light fun treatment any more.

The Taming of the Shrew by William Shakespeare is booking in repertory until the 7th of September at Shakespeare’s Globe; and touring (subject to audience vote) between the 25th of May and the 18th of August to Chilham, Bangor, Bilbao, Avilés, Madrid, Neuss, Petronell-Carnuntum, Richmond (Yorkshire,) Brighton, Oxford, Lincoln, Alnwick and Ystad.