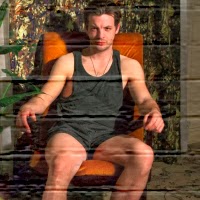 Three Tennessee Williams vignettes come together to form an interesting promenade show from Defibrillator, a theatre company that's taken over three bedrooms and a function room of the Langham Hotel in central London to create The Hotel Plays. Small audience groups are led up and down stairs by an usher, and the stories linked by appearances from porter Charlie (Linden Walcott-Burton) as we witness intimate scenes from fracturing lives. The Langham is a pretty swanky hotel, but for Defibrillator's purposes its rooms represent places that probably aren't quite as posh, and more likely to witness the kind of nefarious business we see in the short plays. Like the long-running affair in The Pink Bedroom, directed by Anthony Banks, where a Man (Gyuri Sarossy) arrives expecting another no-strings night with his mistress. But the Woman (Helen George) is starting to want something a bit more from the relationship - something like respect.

The Pink Bedroom feels the most like a slice of a much bigger story, although a bit of a twist lends it a sense of closure, and George's perky rebellion at being the perpetual Other Woman, and Sarossy's perplexed reaction to it, make for an entertaining scene. 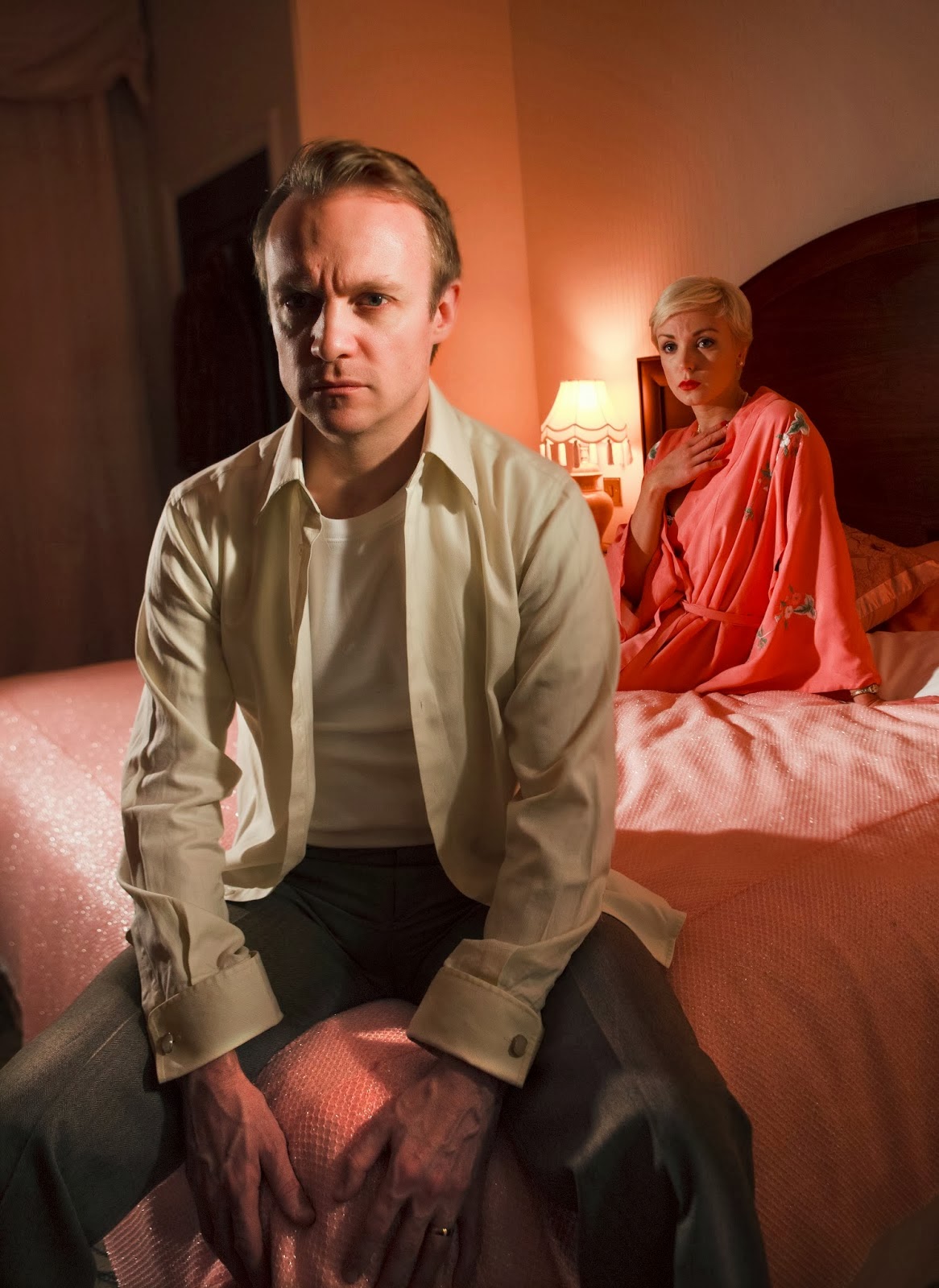 The darkest, and strongest of the pieces is the middle section, Green Eyes, directed by James Hillier. Claude (Gethin Anthony) is a soldier on a few days' leave, during which he's married his Girl (Aisling Loftus) and they're now honeymooning in a New Orleans hotel. The marriage may be new but it's already in trouble, Claude's demons from his military life leading him to think his new wife's already cheating on him; while she's dealing with the nasty discovery that he doesn't intend to provide for her financially to the extent that she expected. Her response is angry and self-destructive. It's a brutal little piece, fiercely performed by the pair. 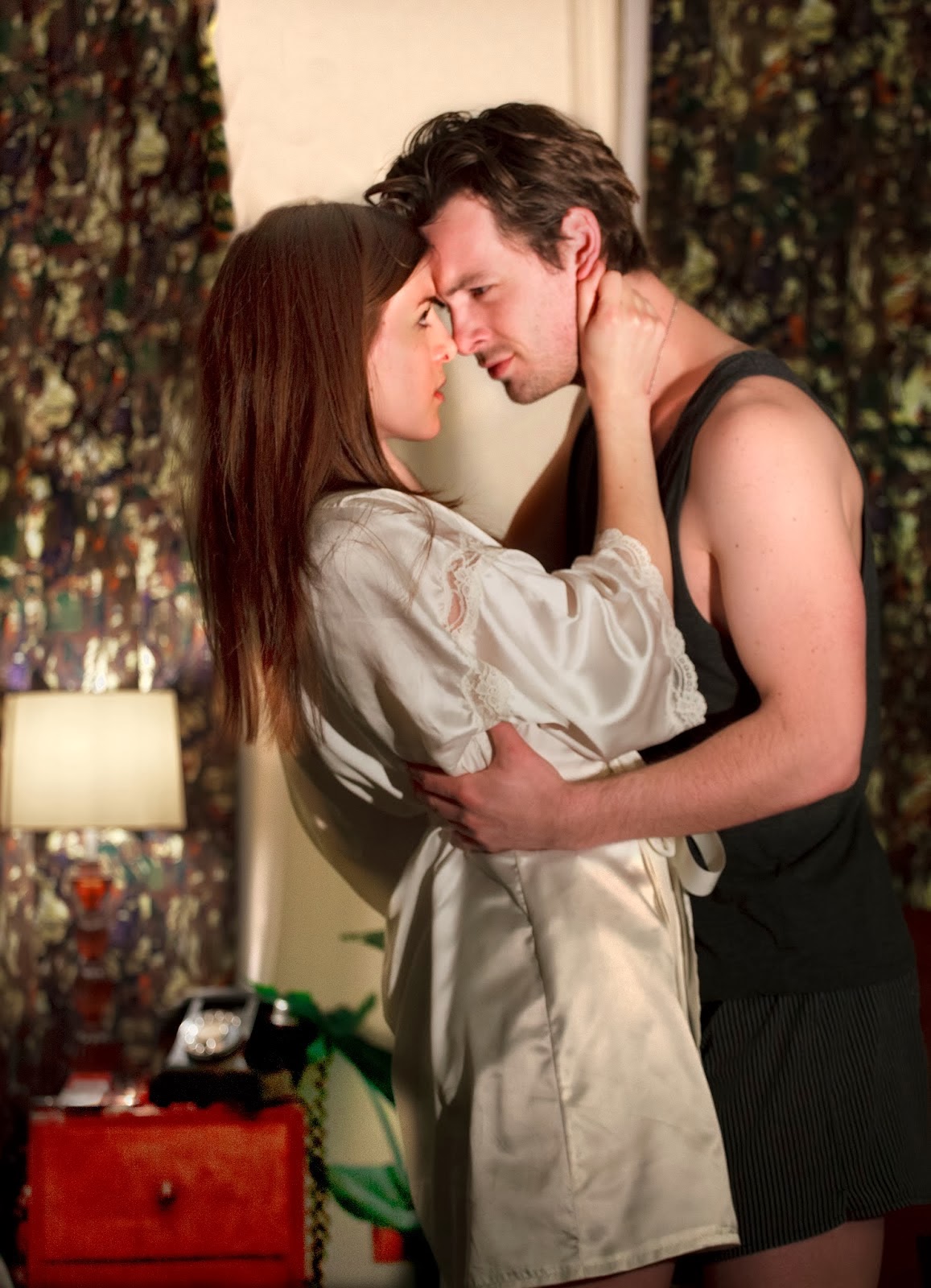 The lightest and most self-contained, but probably the least inspired is the last of the trilogy, Sunburst, directed by Jonathan Humphreys. Actress Miss Sails (Carol MacReady) is recovering from a stroke in the hotel where she's retired to. Stuck on her finger due to her arthritis is a ring with the famous Sunburst Diamond set in it, and hotel porter Giuseppe (Daniel Ings) and his accomplice Luigi (Jake Mann) are determined to use the fact that she's incapacitated to get it off her. But as she struggles to remember Shakespearean quotes from her past career, Miss Sails is cannier than she appears. It's fun and enthusiastically acted but unlikely to linger long in the memory. 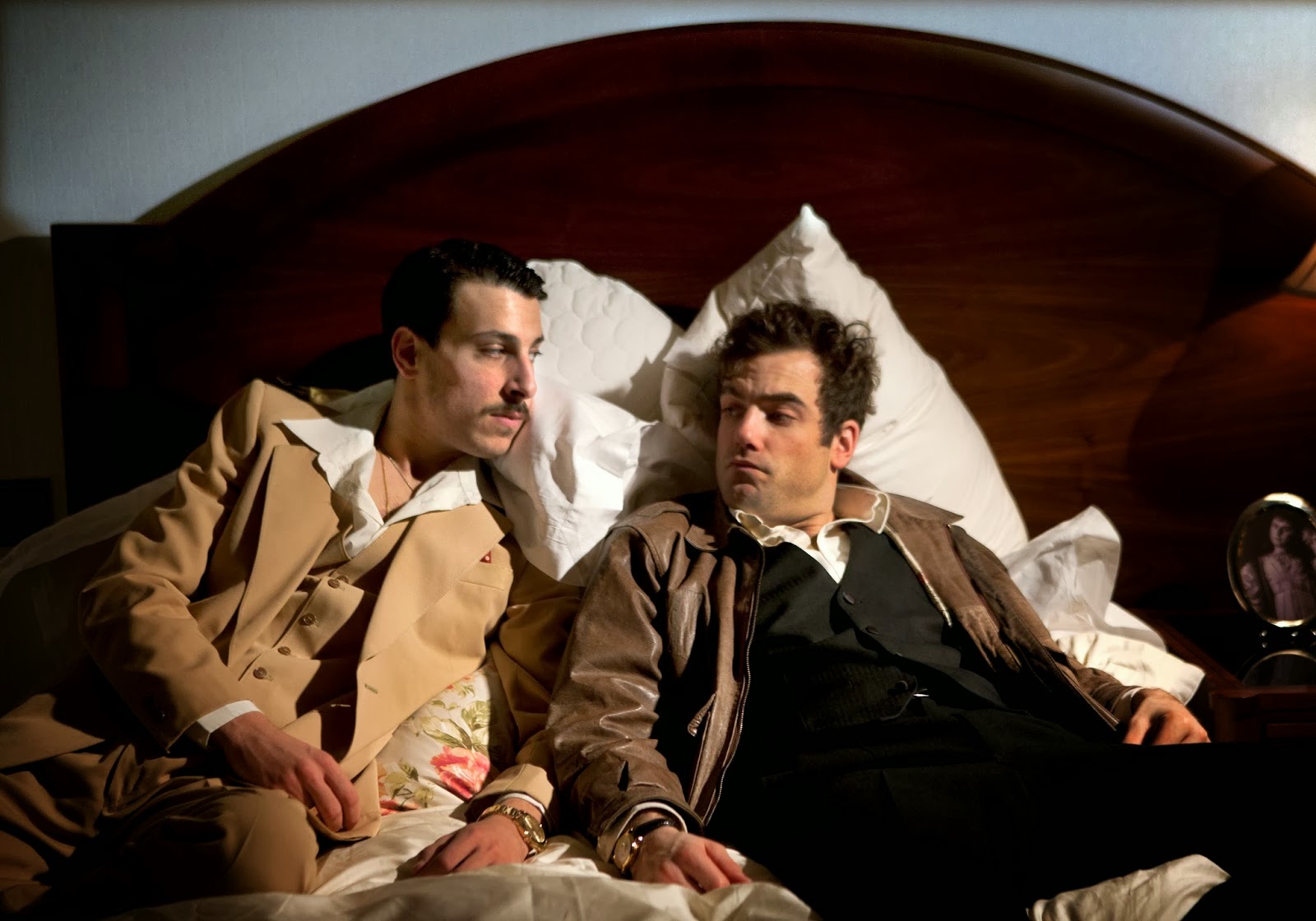 Taken on its own each playlet would probably feel unsatisfying, but thrown together in this medley they feel like little snapshots of people's lives that we're dipping into. The setup sees a new audience group start the journey every 30 minutes, so it's worth noting also the precise timing the company must have had to work out to ensure Walcott-Burton's Charlie, who provides a prologue as well as a brief appearance in each piece, gets to the 1st, 4th, 5th and 6th floor of the hotel at the right point in each cycle. The show even provides a little treat to end on - and I don't just mean the sight of Gethin Anthony in his boxers.

The Hotel Plays: The Pink Bedroom, Green Eyes and Sunburst by Tennessee Williams is booking until the 15th of March at the Langham Hotel.