A dirty old man marries a young beauty for political reasons, then neglects her. Going off to war, he leaves her alone with his dashing illegitimate son. WHAT COULD POSSIBLY GO WRONG? That's the setup for Lope de Vega's Punishment Without Revenge, a tragedy that provides the final installment of the Arcola's mixed, to say the least, Spanish Golden Age season. At least the last play in the repertory is the strongest offering, Laurence Boswell's production finding the drama in the Mediterranean histrionics, but tempering it with a dose of humour that works better than certain comedies I could mention. The central pairing from A Lady of Little Sense is reunited as a more tragic set of lovers, Nick Barber playing the illegitimate son Federico, who's always been promised he'd inherit his father's dukedom.

But the Duke's womanising ways haven't gone down well with his subjects, so he's agreed to marry the young Duchess Cassandra in hope of having a legitimate heir. But losing his inheritance is the least of Federico's problems when Cassandra (Frances McNamee) arrives and the two instantly fall for each other. 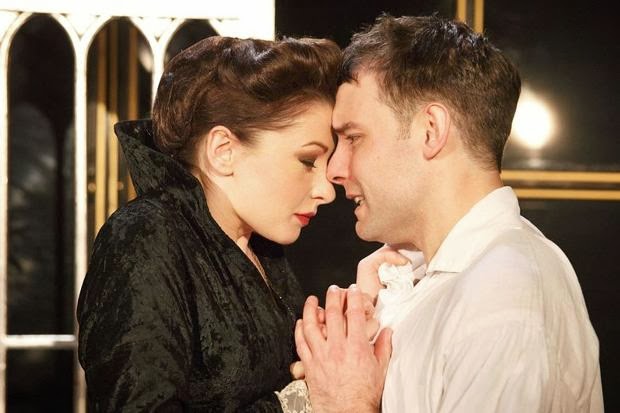 Lope de Vega's storytelling is rather bogged down in metaphor and classical references but Meredith Oakes' translation manages to feel relatively fresh regardless. And at least the story it tells is a straightforward but involving one, the young lovers' infidelity easy to sympathise with given the old hypocrite Cassandra's married to. And McNamee and Barber once again make for a strong leading couple, vividly grappling with the moral dilemmas their characters are presented with. 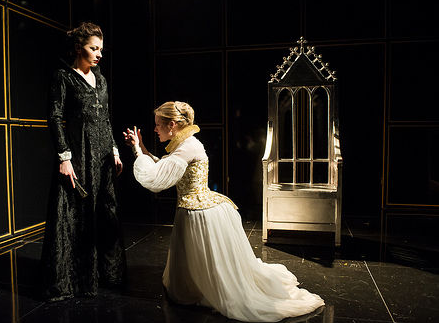 Although the overbearing Catholic morality of these Golden Age plays is still present, there's a hint of something subversive in the way the Duke's (William Hoyland) transformation is presented, from lecherous to simperingly pious after his stint in a holy war. Simon Scardifield's comic relief character Batin even says out loud that this new holier-than-thou Duke is an act. 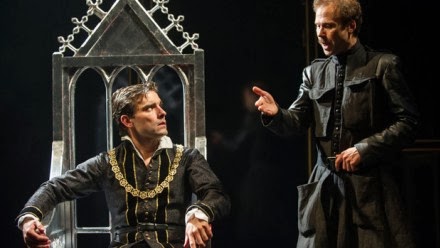 Batin isn't the only character given moments of humour in Boswell's production, which with its black-and-gold design from Mark Bailey is the best-looking of the trio. There's a lightness of touch to the whole evening that makes it go by fairly quickly, and leads up to a convolutedly grisly dénouement. The strongest of the three shows playing in the Arcola's main house at the moment.

Punishment Without Revenge by Lope de Vega in a version by Meredith Oakes is booking in repertory until the 14th of March at Arcola Studio 1.