PREVIEW DISCLAIMER: I think the press night for Urinetown is sometime next week. 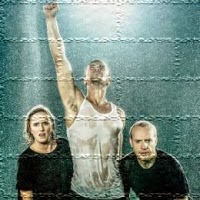 When tickets first went on sale last summer for the latest show at the St James, it was with a slightly awkward attempt at the recent fashion for secret theatre and cinema, that saw people invited to buy tickets for a show whose title wouldn't be announced until a few months later. All that was known was that it would be directed by Jamie Lloyd, but then so are most things. But its codename "UGC" led people with a knowledge of Broadway hits to quickly identify it as a 1999 show that won Tony awards and ran for three years on Broadway, but never made it to the UK until now. Mark Hollmann (music & lyrics) and Greg Kotis (book & lyrics) present a bleak environmental satire about the inevitable drain on resources, but in the form of a spoof musical. And, perhaps explaining why Lloyd's production was keen to shift a few tickets before people got a whiff of the title, it's called Urinetown.

At some point in the near-ish future, the Earth's water supplies start to run out, and one of the measures put in place to save water is to tax going to the toilet. Private lavatories no longer exist, everyone has to pay to use one of the public amenities run by the UGC, or Urine Good Company. As one of the songs says, "It's a Privilege to Pee," and you can't even go behind a bush because public urination is punished by being exiled, without trial, to the mysterious Urinetown. 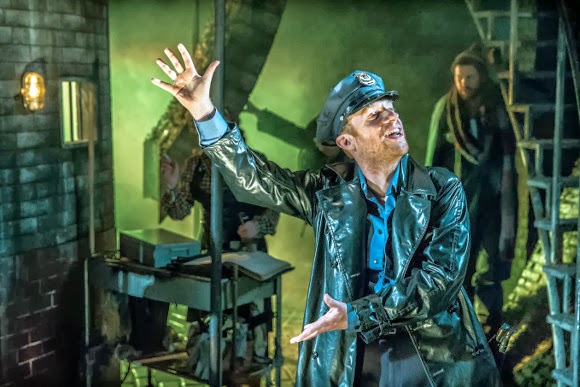 Like a proto-Book of Mormon, Urinetown is largely a spoof of other big musicals, particularly ones that chart the rise of an unlikely hero to lead the oppressed. Here that figure is Bobby Strong (Richard Fleeshman,) the deputy caretaker at Public Amenity #9, the city's cheapest and therefore attracting the poorest customers. When his own father can't pay up and gets a one-way ticket to Urinetown, Bobby rouses the poor to use the toilet for free, which inevitably turns into a city-wide uprising with plenty of digs at Les Mis. Simon Paisley Day plays UGC owner Caldwell B. Cladwell, which is good news because any time he's busy acting on stage is time he's not free to write plays. Naturally, Bobby's love interest is Cladwell's own daughter, Hope (an excellent Rosanna Hyland.) 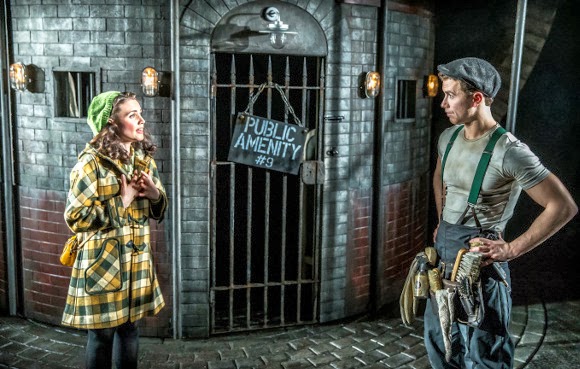 The play's piss-take of musical comedy tropes is summed up by the pair of narrators, Officer Lockstock (Jonathan Slinger,) explaining to Little Sally (Karis Jack) where we are in the show, why some areas of the story's universe are fleshed out better than others, and why you don't want to load the audience up with too much exposition up front (a bit rich coming from a man who's played Prospero.) I enjoyed Urinetown more the more it went on, the production feeling at first as if it thought it was funnier than it actually was, but growing on me as its audacity matched its silliness, and I found the second act - particularly a plot twist that manipulates audience expectations to provide an equal mix of laughs and gasps - very good. Although there's never any doubt that the writers mean the serious environmental warning behind the gags, the archness doesn't slip. Though the fact that Jenna Russell, as Bobby's supervisor Penny Pennywise, can belt out out a tune should come as no surprise, she also proves the mistress of this silliness as well - her smoke-off with Bobby's mother (Julie Jupp) is a particularly bizarre bit of comedy. 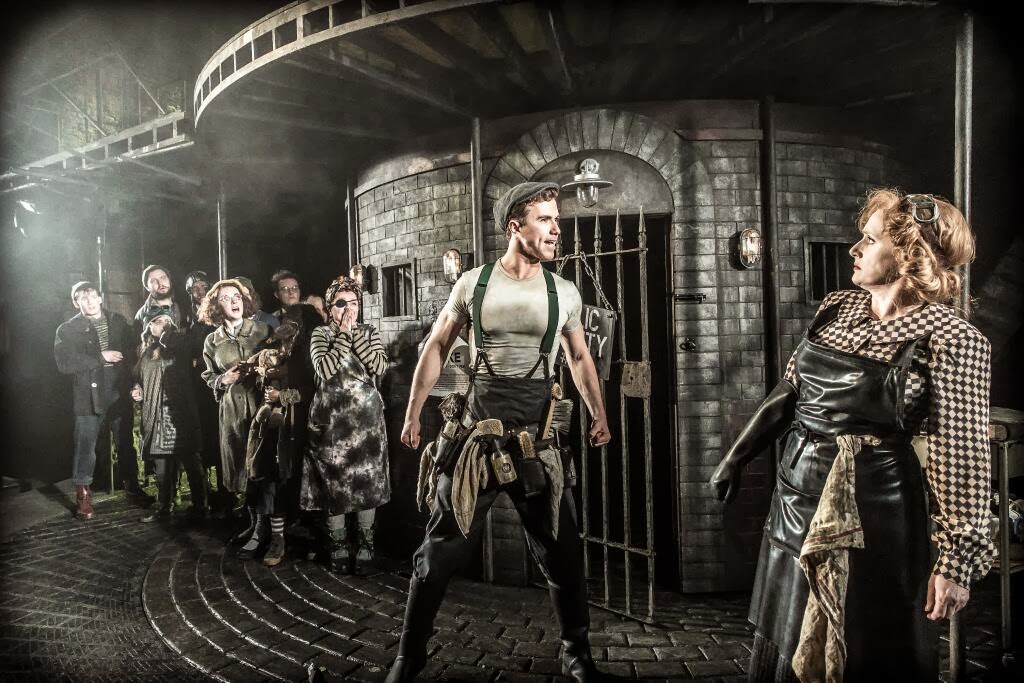 The songs are pretty much pastiches of classic musical styles, and mostly tuneful fun - I was humming "Urinetown... something something Urinetown..." much of the way home. Soutra Gilmour's set is compact by the standards of the kind of West End transfer this production is clearly aiming for, but spectacular for the likes of the St James, which has had to take a few rows of seating out to fit it onto its tiny stage. Being the sort of person who'll buy mystery seats to a mystery show if Time Out does a promotion months in advance, I ended up with a good view, but I know from others that the front couple of rows are not worth the restricted view discount - the set's on two levels and a lot happens on the upper level which is not visible from there. I have no idea how this will fare, if it'll even do well enough in Victoria to get the transfer it's after; this could be one of those where the reviews still have a say in its success. I know some have hated the show with a passion while others loved it. Personally I enjoyed it, while the rest of tonight's audience seemed to have gone wild for it.

Urinetown by Mark Hollmann and Greg Kotis is booking until the 3rd of May at the St James Theatre.