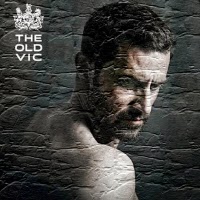 Will the critics still shit stars all over the Old Vic once Kevin Spacey leaves? I can't help but wonder after the newspapers heaped praise over Yaël Farber's production of The Crucible. Arthur Miller wrote his play about the Salem witch trials in the wake of McCarthyism, in which he was caught up; but it functions just as well as a metaphor for any mass hysteria in which accusation is treated as the same as guilt in the court of public opinion. In Salem, Massachusetts in 1692, fear of witchcraft is rife. A group of teenage girls are glimpsed dancing naked in the woods, and divert attention from themselves by pinning the blame elsewhere, accusing various local women of being in league with the devil. This escalates quickly into a trial where half the town seems to stand accused, and the only way to avoid hanging is to confess - and give the court another name to go after.

Some months earlier, farmer John Proctor (Richard Armitage) had an affair with his servant, now leader of the accusing girls. On discovering this his wife threw the girl out, and now Abigail (Samantha Colley) wants revenge, including Elizabeth Proctor's (Anna Madeley) name among the accused. John's attempts to save his wife only drag him into danger as well. 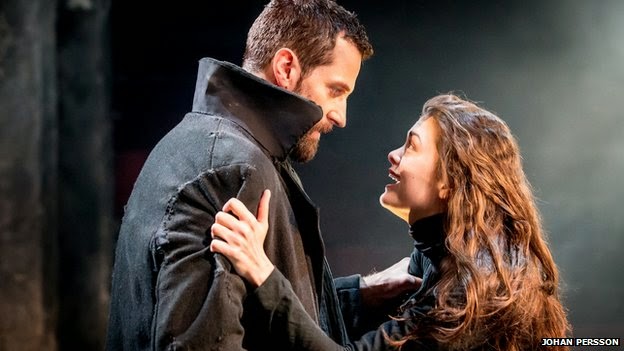 "Seriously though, where are you meant to be from?"

Although widely considered to be his masterpiece, I've not got along with The Crucible as well as with other Miller plays in the past. There's moments where it really comes into life and others where it drags, and this is particularly true of Farber's production. Instead of trying to recreate a 17th century New England accent, the cast use Yorkshire accents to highlight the universality of the piece. (Ian was irritated by the constant references to Massachusetts locations in Northern English accents; I didn't mind it, treating it as I would references to Troy or Illyria being relocated in this way.) Soutra Gilmour has used the in-the-round configuration to create an oppressively intimate playing space where everyone is under constant scrutiny. It's particularly effective in the third act, when one of the girls (Natalie Gavin) almost admits to the deception but is bullied into accusing Proctor as well. The abuse of the trials to get rid of people out of revenge or personal profit is almost comically apparent here, and there's a lovely scene where the girls glare at a pair of old men to make them give up their seats for them, their version of doing god's work not looking a million miles away from a group of high school mean girls. 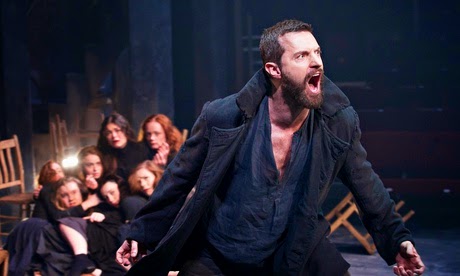 Armitage certainly has charisma and stage presence but his performance is uneven; his accent travels around a lot without ever quite landing in the same place as the rest of the cast, and he increasingly breaks into a gravelly, raspy growl that had us wondering even by the interval how many 8-show weeks it would take before he loses his voice. More subtle performances steal the show from him, particularly the two men whose initial contributions spiral well out of their control: William Gaunt as Giles Corey, whose off-hand comment about his wife reading books leads to her death, and Adrian Schiller excellent as John Hale, the "expert" minister broken by all the deaths on his hands.

"Well you sound a bit Jane Horrocks at times, maybe you're aiming for Lancashire?"

The Crucible by Arthur Miller is booking until the 13th of September at the Old Vic. 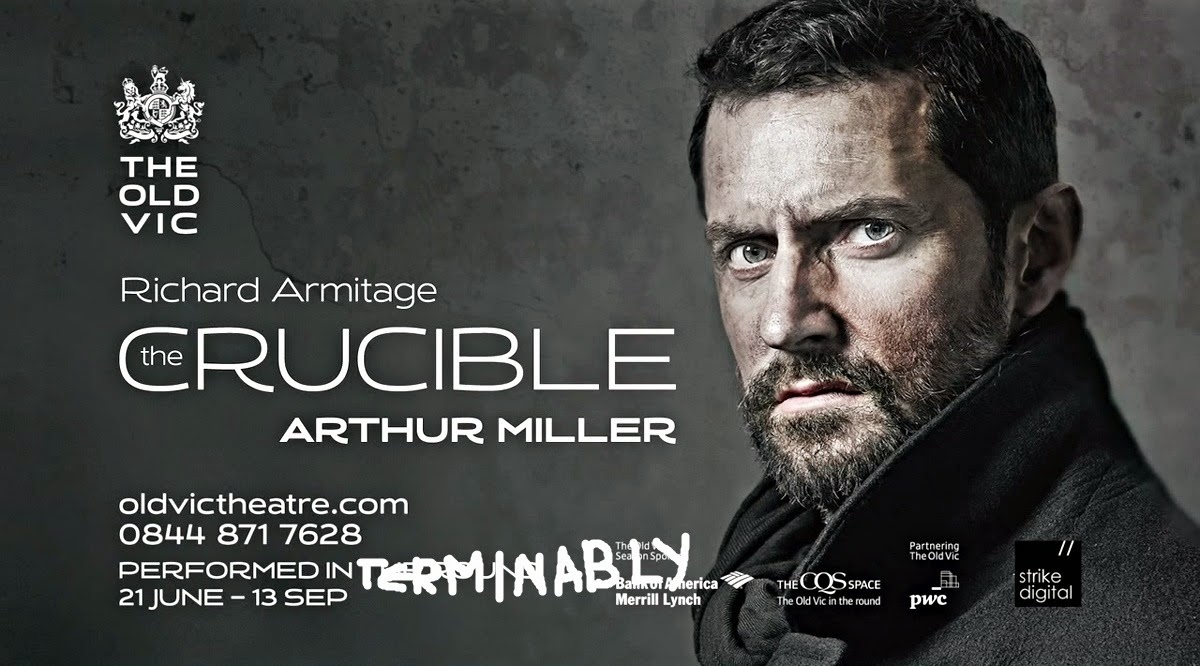