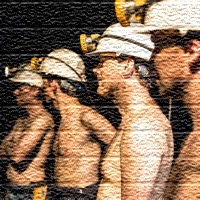 Wonderland seems an unlikely description of life in a coal mine but Ashley Martin Davis' show-stealing set goes some way to making it seem plausible, in Ed Hall's premiere production of Beth Steel's play. 30 years on from the miners' strike, miner's daughter Steel tells its story without featuring the two faces that came to represent the opposing sides, Margaret Thatcher and Arthur Scargill. Instead we're thrown into the lives of the people on (and in) the ground, and as with many stories of this kind we open with people just starting out: We first meet Jimmy (Ben-Ryan Davies) and Malcom (David Moorst) on their first day in a Nottinghamshire mine, shown the ropes by Colonel (Paul Brennen) and Bobbo (Nigel Betts) and taken under their wing by Spud (Gunnar Cauthery) and Fanny (Paul Rattray.) We see the dangers they face as well as the pride they take in their work, but there's also another story being told that puts their way of life into question.

US economist Ian MacGregor (Michael Cochrane) has been put in charge of the UK's mines after streamlining the steel industry at a cost of thousands of jobs. He and Minister for Energy Peter Walker (Andrew Havill) have a plan to eliminate unprofitable mines and a long game in mind to defeat the inevitable strikes. 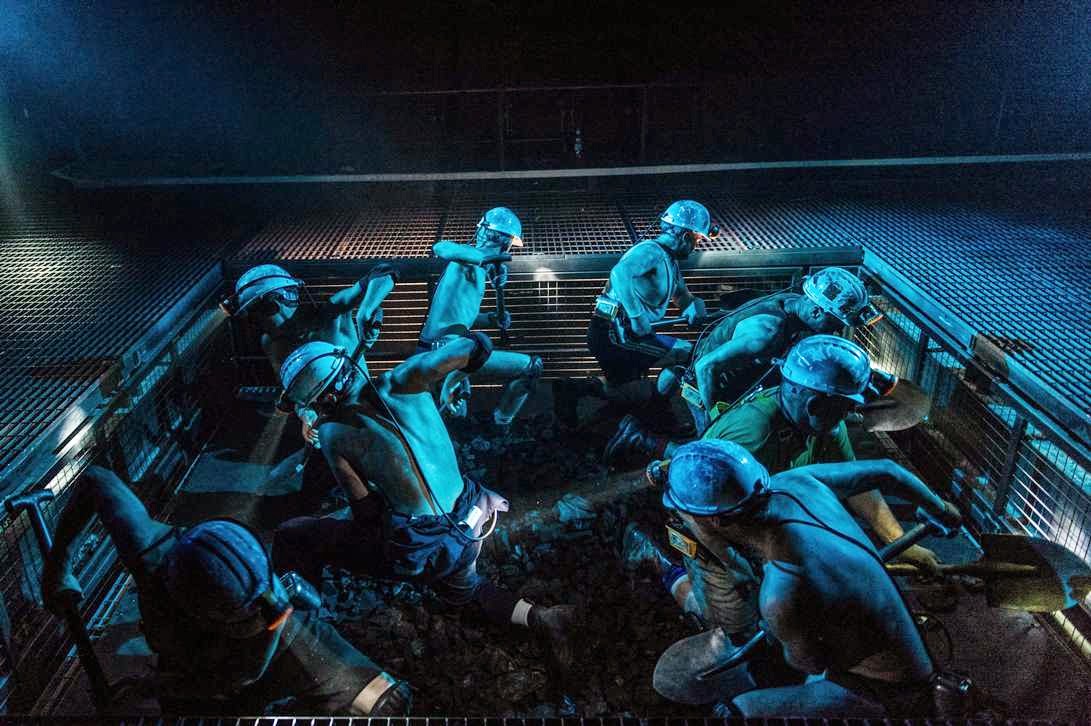 With an energetic first act that often breaks into song-and-banjo interludes, Wonderland presents an undoubtedly rose-tinted but heartfelt view of daily life down the mines. Hampstead Theatre has been kept in the round, with a grill floor (I received an email telling me not to wear high-heeled shoes, good job I wasn't planning to turn up in full drag) and Ashley Martin Davis' set is on three levels, catwalks above, a pit below, and a lift connecting them. It's an enjoyable immersive experience although if, like me, you're sitting in what would normally be the wings, you are presumably designated chopped liver as the cast only deign to bow to the two larger seating blocks at the curtain call. 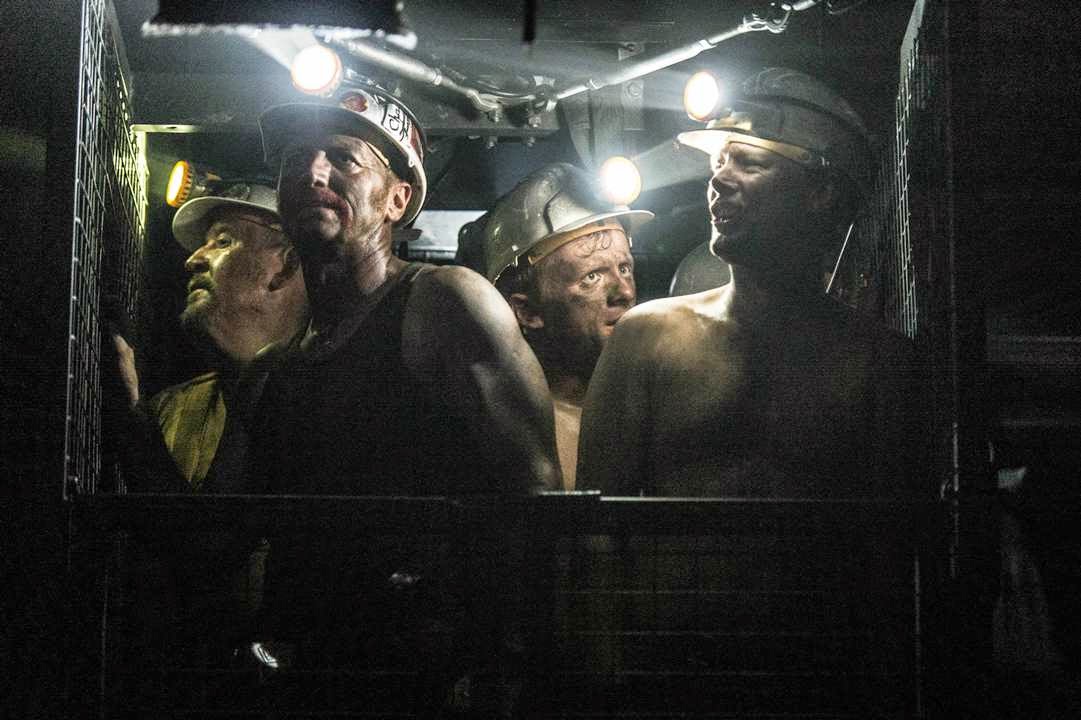 The second act deals with the devastating strike itself, which saw Thatcher's government make an example of the miners by literally starving them out until they caved in. The play claims to show both sides of the argument although inevitably its sympathies lie more with the miners; Walker is, at least, shown as being more uncomfortable with what's going on than some of his colleagues. 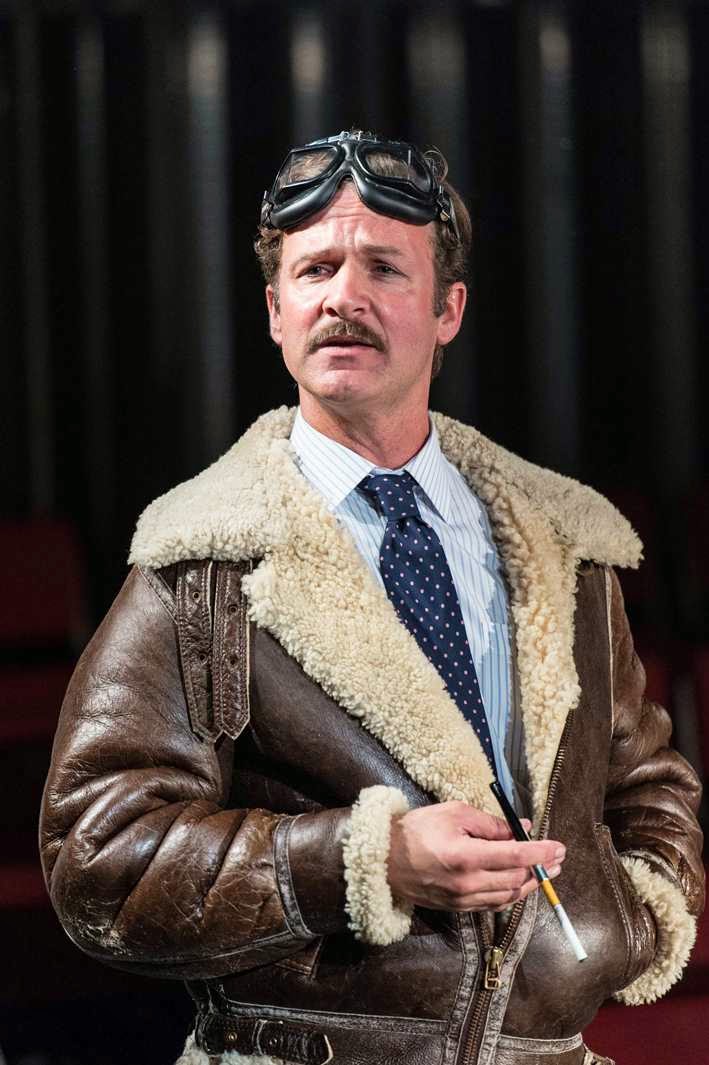 This act benefits from the arrival of Dugald Bruce-Lockhart's flamboyant toff David Hart, who's been tasked with getting the strikers back to work, one at a time if necessary. But although it presents the conflict that arise between former friends as some miners refuse to strike - Spud is unconvinced of the legality of the strike, and ends up talked by Hart into suing the union - it does suffer from a tendency to speechify. Understandably Wonderland can be seen as a metaphorical eulogy for coal mining and British industry in general, but it didn't need to feel quite so much like a literal one. 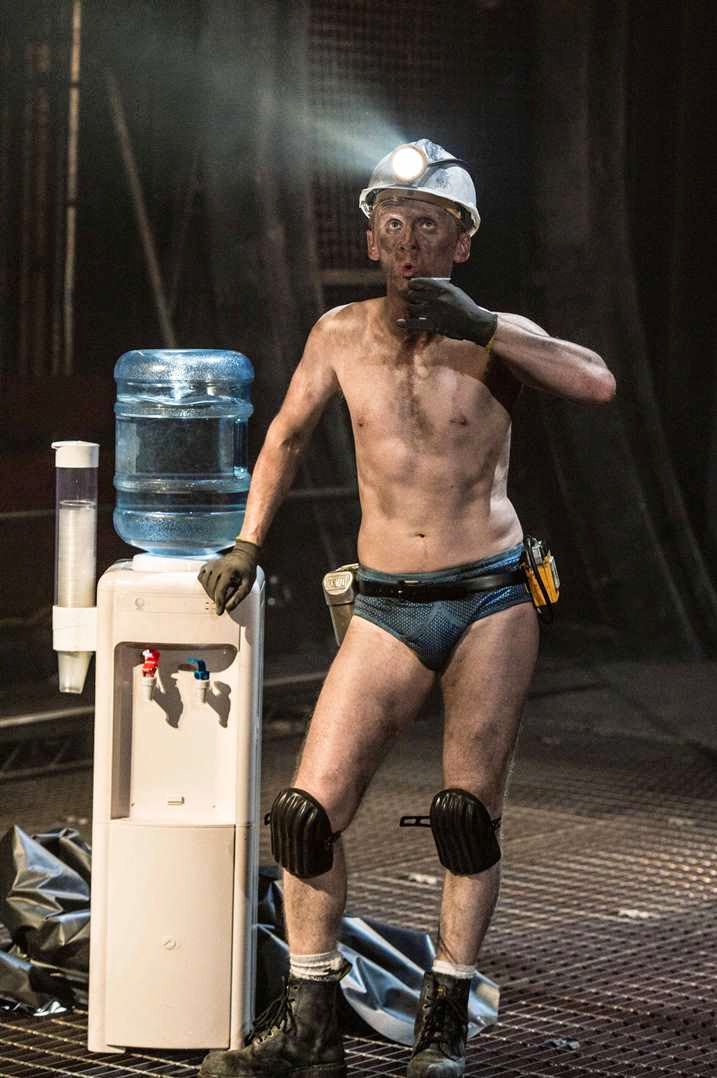 But at least this second half means that, no longer covered in coal dust, you can see what the cast actually look like (several of them wash the dirt off in an, admittedly rather dark,
FULL-FRONTAL MALE NUDITY ALERT!
at the end of Act I) and although it tends to overly mythologise its subject Wonderland does include some powerful moments.

Wonderland by Beth Steel is booking until the 26th of July at Hampstead Theatre.