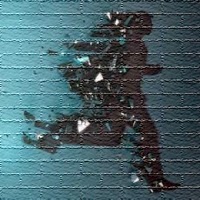 Jeremy Herrin's first show as director since taking over Headlong is a co-production with his old stomping ground at the Royal Court, where he brings the UK premiere of an unsettling American play to the Downstairs stage. The Nether is a future iteration of the internet that's not only highly realistic but also totally immersive. It hasn't quite managed to replicate touch yet but a virtual community called The Hideaway seems to have perfected it. The trouble is that The Hideaway is a community for paedophiles, a virtual Victorian estate where "Poppa" invites his guests to spend time with his children. As The Nether acquires a fledgling police force, Detective Morris (Amanda Hale) has managed to track down the man behind Poppa and his realm, the aptly-named Sims (Stanley Townsend.) Taking him in for questioning "in-world" (i.e. in the real, non-virtual world,) Morris tries to get him to reveal the whereabouts of his server.

Morris has found Sims through questioning a regular customer, Doyle (David Beames,) as well as by sending another investigator, Woodnut (Ivanno Jeremiah) to infiltrate The Hideaway. The action moves back and forwards in time, from real world to the Nether, and we see how Sims, Woodnut and Doyle have been affected by the platform's most disconcerting creation, a nine-year-old girl called Iris (Isabella Pappas, alternating with Zoe Brough.) 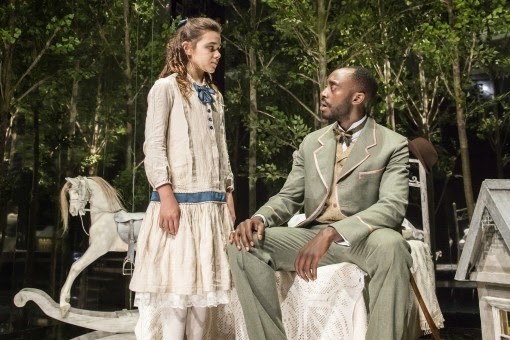 Jennifer Haley has created a world that feels very detailed despite the play's short running time, with hints of a decaying "real" world outside that has led some people to become "shades," their bodies voluntarily on life-support as they live in the Nether - basically voluntarily plugging themselves into the Matrix. It means the play deals with a number of ethical issues beyond the obvious one. 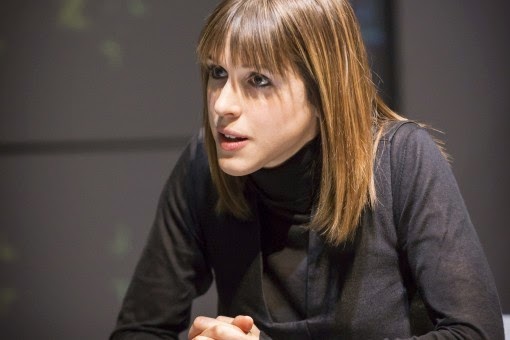 In the central conflict between Morris and Sims the balance does shift surprisingly often: His argument is that The Hideaway is an outlet that prevents people who are feeling a bit Yewtree from committing abuse in the real world, and it's a compelling one. But even if no children are being harmed does his business have other victims? Hale, meanwhile, presents Morris with as many grey areas as Sims, her crusade against the darker corners of the Nether very real, but perhaps not motivated by the reasons she claims. 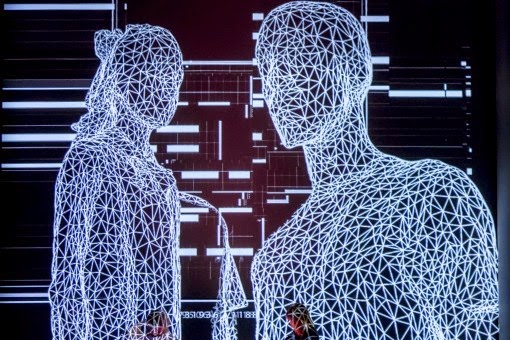 Es Devlin's design makes a very clear distinction between the drab interrogation room in-world, and the shimmering mirrored fantasy of the Nether behind it, with its tree-lined idyll. Luke Halls' video projections make the transitions between the worlds seamless, as well as providing Morris with a nifty Minority Report-style table full of data that responds to her waving her hands over it. 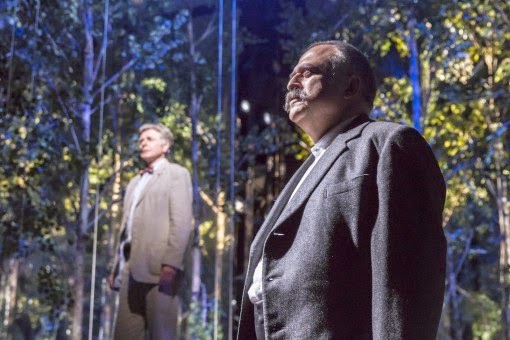 The Nether features a distressing and topical issue at its core so it's impressive how Haley manages to stop it overshadowing the other subjects of debate (like the balance between online and offline life, or whether behaviour in the former has any effect on the latter) as well as even managing some moments of real humour ("Don't tell me you've never fucked an elf.") It's memorable, thought-provoking and hypnotic.

The Nether by Jennifer Healey is booking until the 9th of August at the Royal Court's Jerwood Theatre Downstairs.