Are they only partly warriors? No! They're... 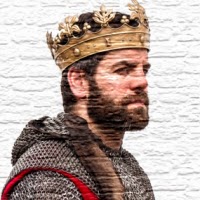 Holy Warriors is the second of this year's war-themed new commissions at Shakespeare's Globe. The publicity keeps calling David Eldridge's play about the Crusades "kaleidoscopic," a term which strikes me as sounding interesting but not actually meaning anything; but having now seen it I have a bit more of an idea what it's trying to describe, and what the play's attempting to do. It's the story of the crusade of Richard the Lionheart (John Hopkins) that saw him spend most of his reign of England in the Middle East but not, crucially to this play, actually enter Jerusalem. The decision not to hangs over the story as it takes in the conflicts that continue in the area to this day, eventually fusing 12th and 21st centuries as a modern-day Richard resumes his fight against Saladin, hoping to find a way to a different outcome.

Looking back on the show, it becomes apparent how it's meant to work as a fusion both of different stories and different styles, but unfortunately both Eldridge and director James Dacre fudge this in ways that mean for the most part you're not entirely sure what you're watching - and more importantly, don't really care. 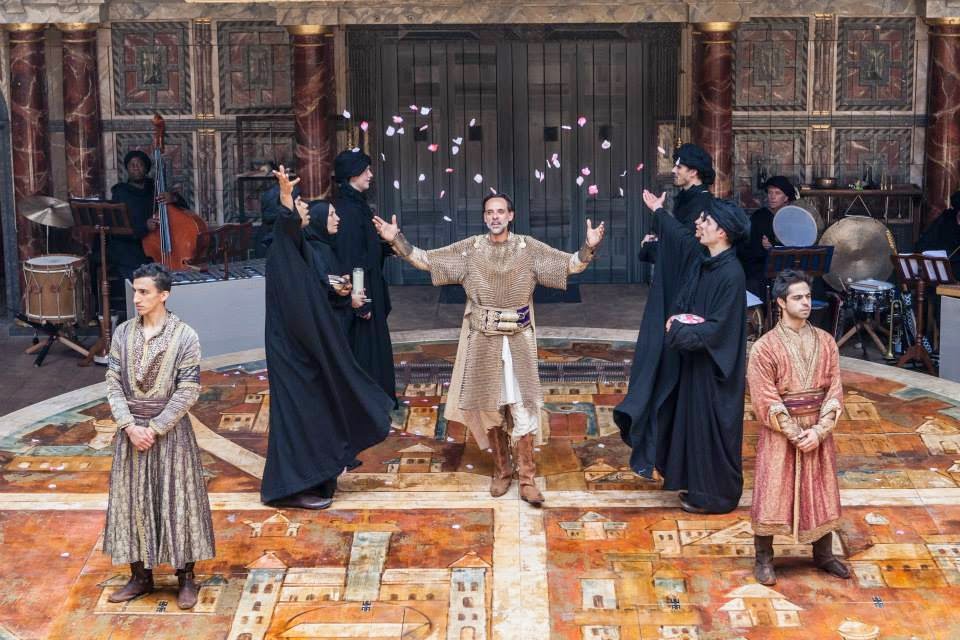 We open with Richard's nemesis Saladin (Alexander Siddig) taking Jerusalem and establishing a rule that's brutal but governed by his own moral code. Unfortunately this is all done in a rather dull half-hour as characters don't feel fully-formed, and Dacre has allowed the constant low-level chanting in the background to dictate the pace, leading to flat line-readings and a funereal opening. Things take a very sudden burst for the better as Richard enters with Jolyon Coy as Philip of France, their alliance uncomfortable from the start and the two sparking off each other in their one-upmanship (although it's a bit rich the King of England making fun of someone who doesn't speak Latin, when he himself didn't speak English.) Hopkins and Coy both come in all guns blazing, and I couldn't help but wonder if they were well aware the audience needed waking up at that point. 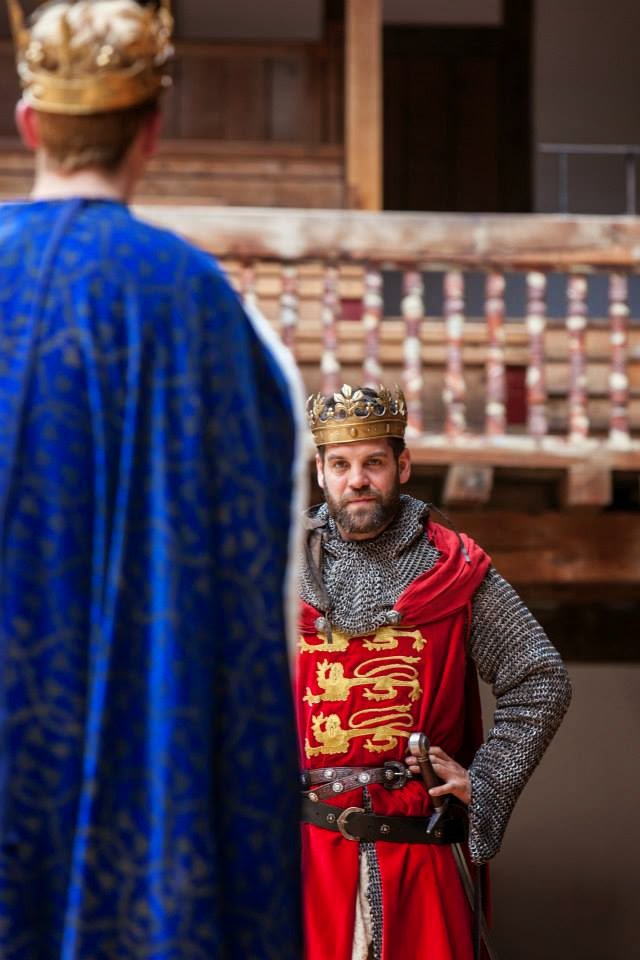 After a (confusingly-handled) jump forward seven years to Richard's death and regrets at not taking Jerusalem, the second act sees him in purgatory, where his mother Eleanor of Aquitane (Geraldine Alexander) guides him through a potted history of the area up to the present day. He then resumes - in modern dress - his crusade, continuing his awkward alliance until Philip's finally had enough, then teaming up for a smoother, but less powerful alliance with Hugh of Burgundy (Philip Correia.) Mixed in with this are operatic interludes and more historical flashbacks, a mix of styles that might have worked if the first act had been different; but since that was largely naturalistic, the second feels as if the creatives are throwing everything they can think of into the mix (while sidelining Saladin just as it looks like the personal conflict between him and Richard might get interesting.) 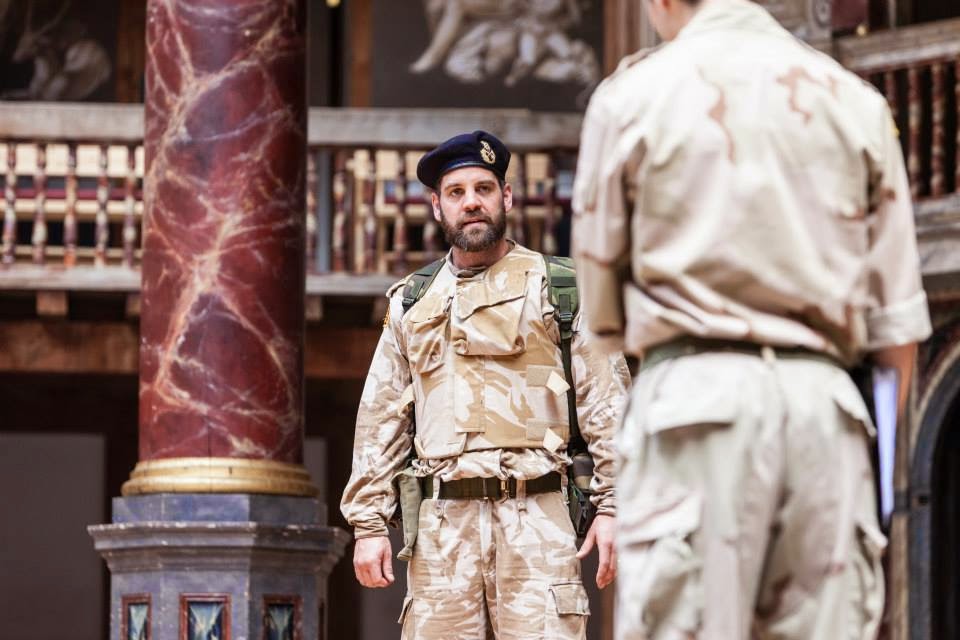 And apart from anything else, while Western forces' presence in the Middle East is as questionable as ever, the situation is not really as comparable as the play tries to make out, something that's brought home when Richard mentions the persecution of Christians. The Jews don't form part of the historical narrative (the king's antisemitism is touched upon, but the real Richard's treatment of the Jews made his feelings on Muslims look fluffy bunny-like in comparison.) And there's a number of other issues contributing to the evening's failure, including the fact that, for someone who's directed at the Globe before, Dacre seems barely aware that there's audience anywhere other than directly to the front. And while there's nothing to be done about what must be the most unfortunately-timed aeroplane flyover in Globe history (at the precise moment George W. Bush is describing the 9/11 attacks in some detail,) I would argue that a play culminating in violent events that are literally still in the news today, is one that could have dispensed with the final jig. Frustratingly, you can see the shape of an ambitious, interesting play that embraced the challenges and opportunities of the Globe's stage; and Holy Warriors might have been more of a noble failure all in all, if the parts that don't work weren't often so very boring.

Holy Warriors by David Eldridge is booking in repertory until the 24th of August at Shakespeare's Globe.