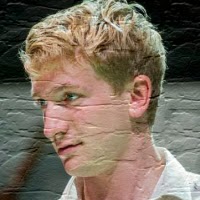 Southwark Playhouse's productions of Shakespeare are few and far between, but when they do tackle him - that hipster Shrew a few years back was a memorable one - they deliver. 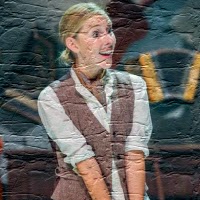 I'm hard to please when it comes to As You Like It: As the first Shakespeare comedy I ever saw it's the one that made me fall in love with them, and I - unfairly, and involuntarily - tend to judge how well the lines are played against past favourites. But I hardly found myself doing that at all during Derek Bond's production, which has its own take on the comedy, and is hard to beat for heart and pure silly joy.

Rosalind (Sally Scott,) daughter of a deposed Duke, and Orlando (Harry Livingstone,) son of a noble who opposed the usurper, fall in love at first sight but are soon forced to flee the court. By the time they next meet Rosalind is disguised as a boy. Instead of revealing her identity she devises an elaborate love-test which Orlando agrees to, because presumably they know they're in a Shakespeare comedy and that's the sort of thing that's expected of them. 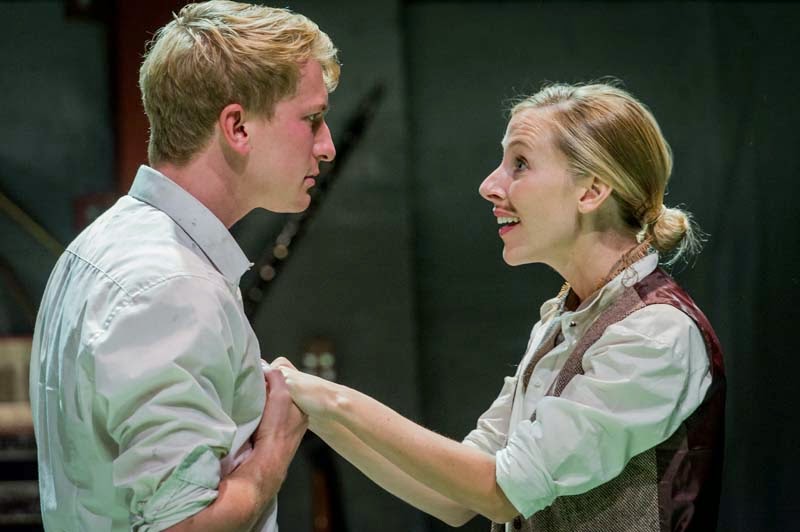 Bond's is a brisk production, in part because of some mild cuts, shuffling about, and tinkering with the text, but largely because the cast aren't afraid to blast through their lines at a healthy pace without losing any of the sense. I love a production that discards the undue reverence that sometimes infects Shakespeare and can suck the meaning out of it, although once or twice I would have liked them to take their time over some of the gags - I do like to see people acknowledge just how terrible an alias "Aliena" is. 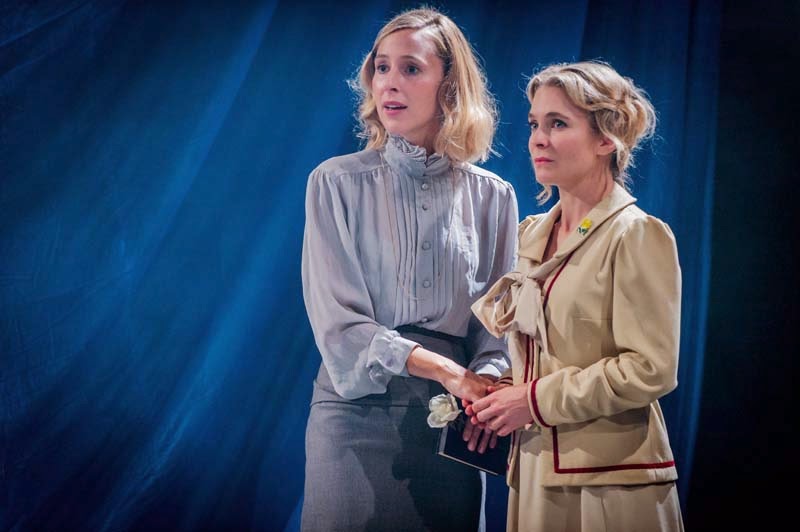 That's the alter-ego of Rosalind's cousin Celia, whom Kaisa Hammarlund makes a bit more self-sufficient than you usually see. The two women have a good chemistry, as does Scott with Livingstone when they're reunited. In fact the cast all spark off each other well, which is part of the production's charm (another part of its charm: The willingness to use ALL THE CONFETTI that's ever been produced.) So Hammarlund also sparks well with her own romantic interest when Orlando's formerly-evil brother Oliver (Dominic Gerrard) finally shows up. 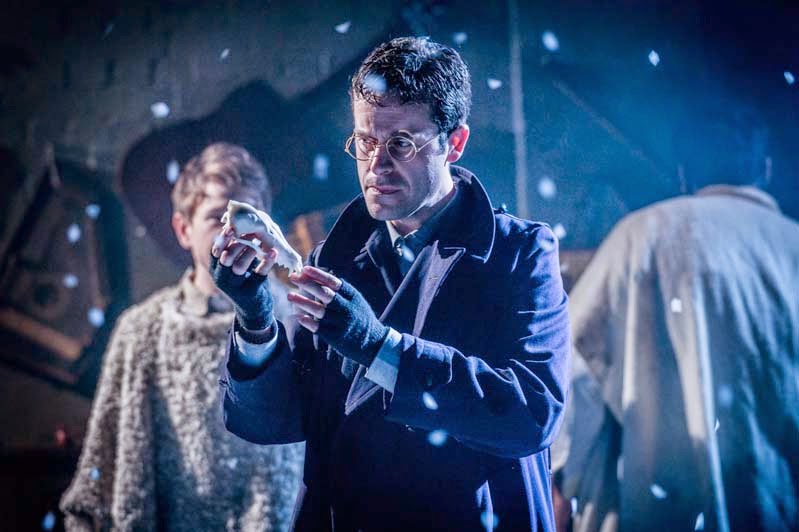 In a cast of 10 with plenty of doubling of roles, Gerrard also plays Jacques. Some of the text edits mean the source of his melancholy as a man who's seen the world and can travel no longer is lost, but his status as a sort of proto-environmentalist comes across very clearly. He also speaks the Seven Ages of Man speech as something that's just occurring to him and he's making up on the spot, an obvious choice but one a lot of actors don't think to do, possibly because of how famous the speech is. 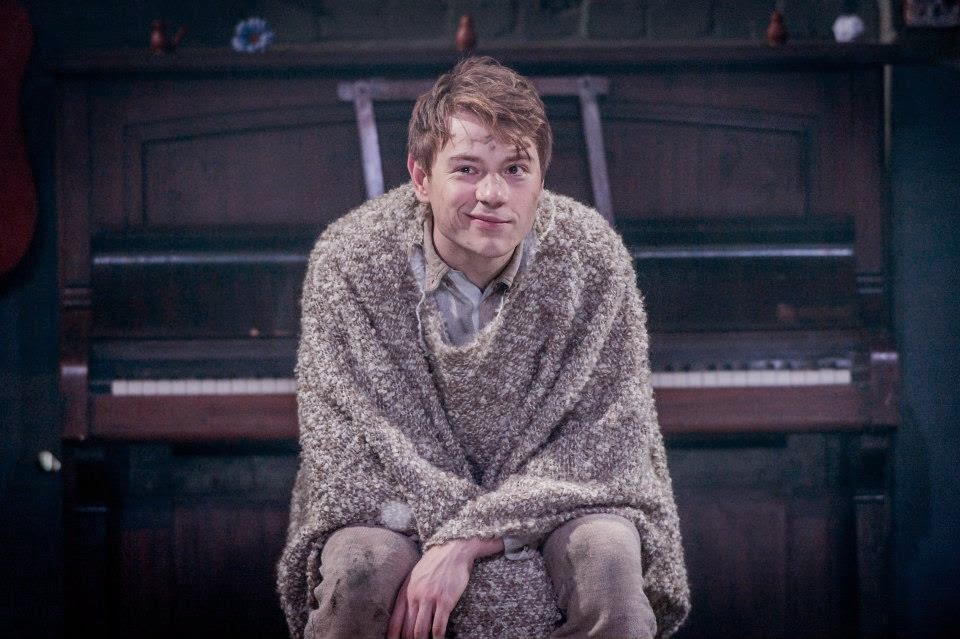 Meanwhile the most notable chemistry Simon Lipkin's Touchstone has is with the audience. He's one of Shakespeare's wordiest fools, prone to stand-up routines which don't always translate well to the present day so I hear a lot against him, but I really like the character, partly because he gets his own romantic subplot so is a lot more involved in the plot than others in the canon. Here this romance takes a particularly bizarre turn thanks to the small cast, as his love interest Audrey is now played by a puppet sheep. (It seems to be the law that Lipkin has to have a puppet in every role. Not sure how that'll work when he's in Assassins in a couple of months time; I know it's meant to be in questionable taste but a puppet-based Kennedy assassination might be a step too far.) 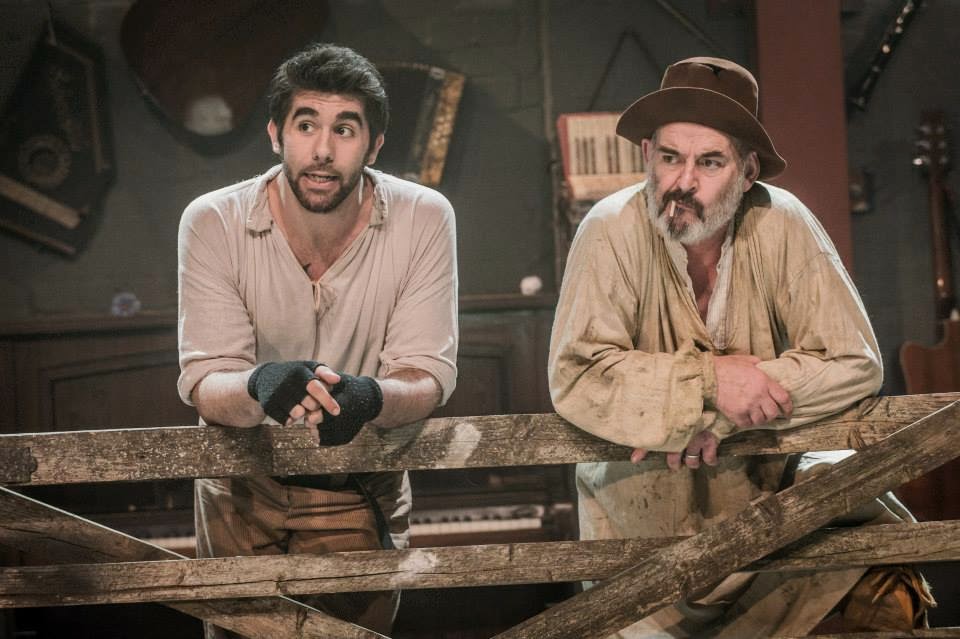 The slight tinkering with the text is most clearly seen when Touchstone's altercation with a rival for Audrey's love is instead played out with him taking on one of the audience. Tonight it was Phill, whose willingness to play along was slightly hampered by him not noticing Lipkin was picking on him until about halfway through the scene1. Elsewhere, Samuel Townsend turns Silvius' adorability up to eleven, eliciting more "aww"s from the audience in his pursuit of the disinterested Phebe (Joanna Hickman) than I think I've heard before. 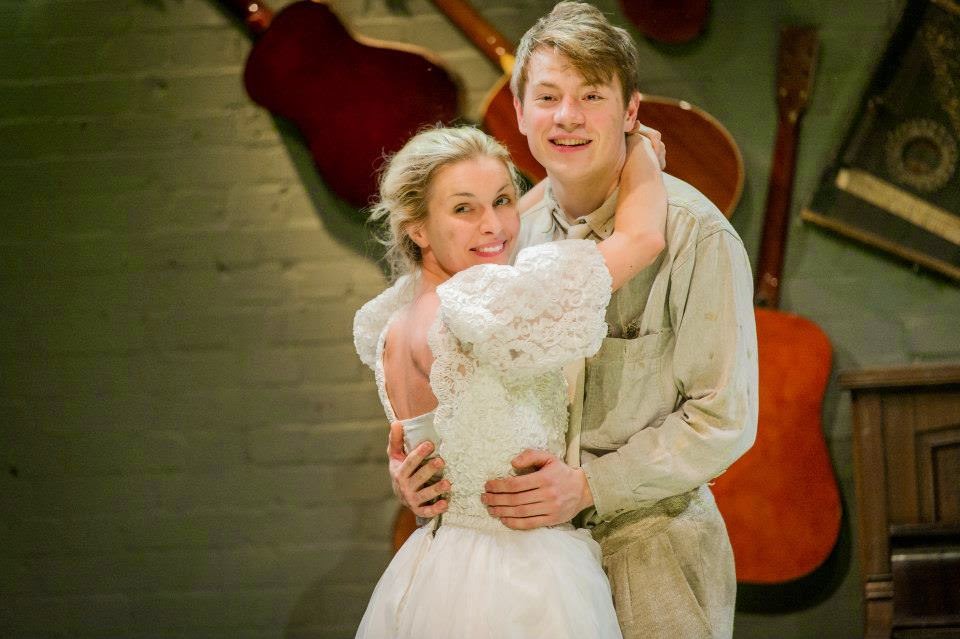 Bond's production, which uses an actor-musician performance style, also does a great job of integrating the songs (in compositions by Jude Obermüller) which are sometimes seen as fillers or getting in the way *cough* Sam Mendes *cough* - once again, this version shows up any such complaints. All in all, this is an As You Like It that takes such joy in telling its story, it's hard for the audience not to feel the same way; and after what had been a bit of a miserable day, this was a perfect pick-me-up.

As You Like It by William Shakespeare is booking until the 18th of October at Southwark Playhouse's Large Theatre.

1they made up by the end though, and during the curtain call Lipkin gave Phill an autographed photo. Of Audrey. 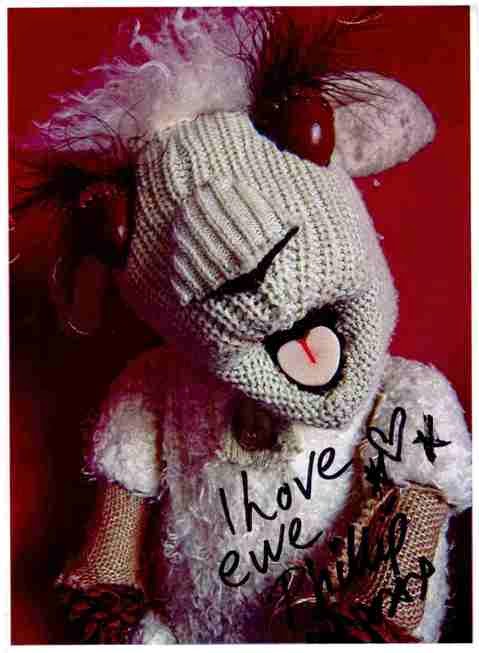