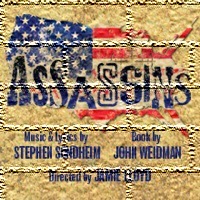 Here's one of those shows I had huge expectations of: Assassins is my favourite Sondheim, and one of my favourite musicals full stop, but the last production of it I saw was disappointing, missing, in my opinion, most of the dark humour that gives the piece its real genius. So I was really hoping for a more successful production from Jamie Lloyd at the Menier Chocolate Factory, especially as he's assembled such an impressive cast to play nine of the people who've attempted, four of them successfully, to assassinate US Presidents. Soutra Gilmour has taken the musical's setting at a shooting gallery to give us a whole Dustbowl carnival in a traverse staging, with the seating reupholstered in lots of different colours, the words "HIT" or "MISS" lighting up after every attempt, and a bumper car in which Jamie Parker's Balladeer sits, which will eventually stand in for JFK's open-topped limo.

Rather than a single story, Assassins looks at each of the misfits who shot at Presidents, and finds a common theme of dissatisfaction with the social inequality that's left them at the bottom of the pile. Egged on by their pioneer, John Wilkes Booth (Aaron Tveit) [Lincoln, 1865, Hit,] they pursue their own interpretation of the American Dream. Sometimes described as a "difficult" show, I actually find it one of Sondheim's most accessible, musically: "Something Just Broke" contains a lot of his trademark discordant melodies, but as everyone's song is done as a pastiche of the musical styles popular when they were alive, there's a lot more variety to the tunes. (Christopher did refer to it as "Wagnerian" in parts, but that's just what you get when you go to the theatre with a smartase.) 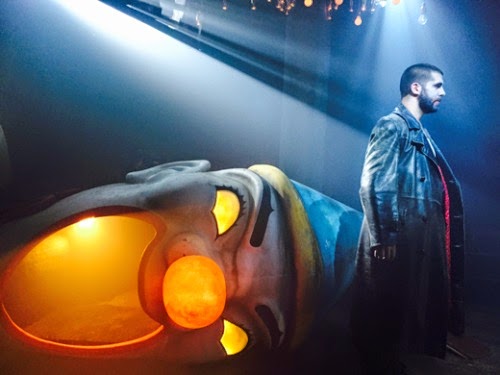 Lloyd's production hardly puts a foot wrong: Simon Lipkin's Proprietor of the shooting gallery is a grotesque clown who takes on the role of all the Presidents as well - and yes, I wondered after As You Like It if his now-trademark use of puppets would make an appearance here too, and it does, as one of Sara Jane Moore's (Catherine Tate) [Ford, 1975, Miss] kids gets in the way of mommy's important President-killing business. 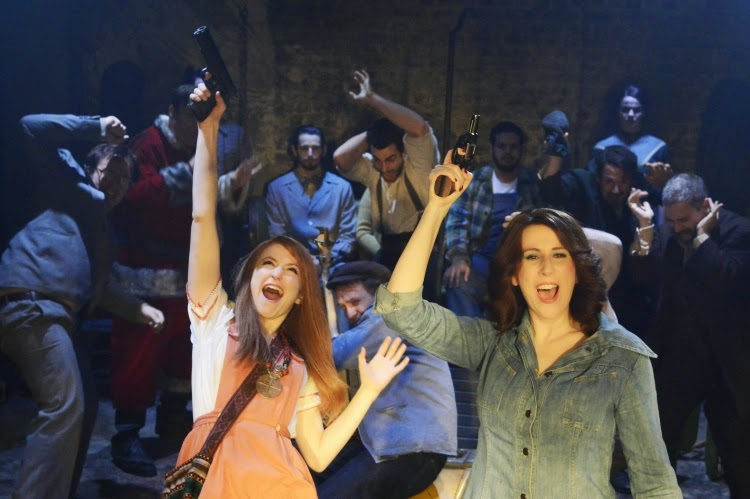 What's glorious here is that Lloyd has restored the show's status as a comedy in the worst possible taste, which is what gives it its shockingly subversive power in the first place. As well as the signature tune "Everybody's Got The Right," which spells out the satire on the American Dream, I think Assassins is best summed up by "The Ballad of Czolgosz." Faced with platitudes about how the rich are rich but the poor just need to "work their way to the head of the line" to join them, Leon Czolgosz (David Roberts) [McKinley, 1901, Hit] literally queued up at a meet-and-greet, shooting William McKinley dead when he reached the front. 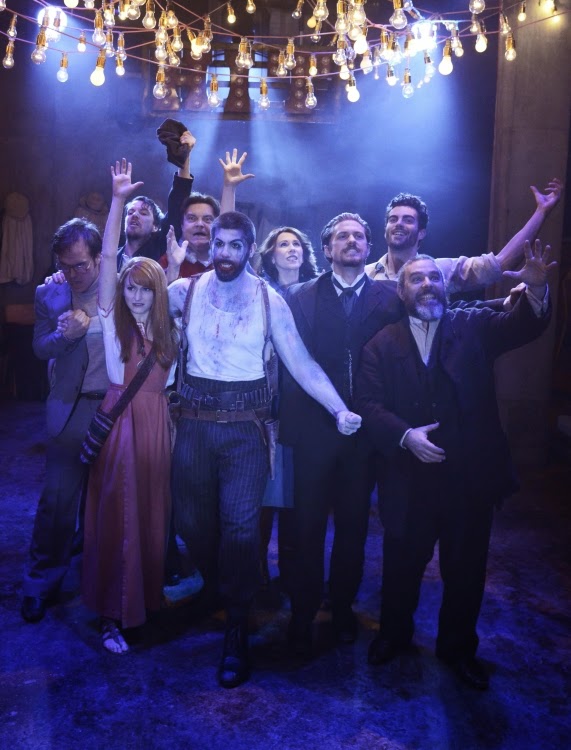 I would perhaps have liked to see the cheesiness played up a bit more in the jaw-droppingly inappropriate, Carpenters-esque ballad "Unworthy of Your Love" in which Squeaky Fromme (Carly Bawden) [Ford, 1975, Miss] and John Hinckley (Harry Morrison) [Reagan, 1981, Miss] serenade the respective objects of their love, Charles Manson and Jodie Foster. But Andy Nyman is spot-on as the dangerously delusional Charles Guiteau [Garfield, 1881, Hit,] who styles himself as a lovable eccentric, and keeps dancing happily even while hanging from the noose. Mike McShane gives some humanity to the perpetually furious Sam Byck [Nixon, 1974, Miss] and Stewart Clarke is agonized as Giuseppe Zangara [Roosevelt, 1933, Miss, but killed Chicago mayor Anton Cermak instead,] whose severe stomach pains drove him criminally insane.

Parker's Balladeer is a particularly hokey, genial, banjo-playing everyman, but Lloyd's production goes with the conceit of having him double as Lee Harvey Oswald [Kennedy, 1963, Hit,] and here suggests that they may in fact be the same person: In the show's chilling finale, the ghost of Tveit's charismatic Booth plucks Oswald out of obscurity and creates the perfect mythical assassin, whose enduring mystery will, as he sees it, give the whole collection of failed and successful assassins immortality. (Well... they did get a musical written about them, so he's not wrong.) Not even halfway into Assassins I wanted to book again - which I can't because it's completely sold out, but discussions about a transfer are clearly already going on. After the ongoing fiasco of the Trafalgar Transformed blocking, Lloyd even seems to have finally figured out how to block for a traverse. Nigh on perfect, this production confirms why this musical, usually dismissed as one of Sondheim's least successful, is my personal favourite. Vanessa, who'd seen the last London production with me, agreed this was far superior, and Christopher, who was new to it, was blown away by both the style and substance.

Assassins by Stephen Sondheim and John Weidman, from an idea by Charles Gilbert, Jr, is booking until the 7th of March at the Menier Chocolate Factory (returns only.)