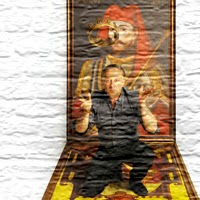 Shakespeare's Henry IV Part 2 follows straight on where Part 1 left off: King Henry's forces have beaten the rebels led by Hotspur, but the unrest hasn't died with him, and the Archibshop of York (Keith Osborn) plans to lead a fresh wave of rebellion. But unlike the battle scenes of the first play, this insurgence will be beaten down with politics, and the machinations of Prince John of Lancaster (Elliot Barnes-Worrell.) His older brother Hal (Alex Hassell,) meanwhile, is about to show his own true colours as well: Henry IV (Jasper Britton) is dying, and while Hal is still keeping up the image of the playboy prince slumming it in an Eastcheap tavern, his mind is already on what kind of king he's going to be. As for Falstaff (Antony Sher,) more civil wars on the horizon mean more opportunities to line his own pockets under the pretext of recruiting soldiers.

The second part of Henry IV continues to alternate national crisis with the broad comedy of Falstaff and his cohorts, but with the latter now comes an added touch of melancholy as the fun times are nearing their end. This can result in the play, often unfairly dismissed as the lesser of the two, standing out with its own identity. The trouble here is that Gregory Doran's production had already dialed down the high-jinks in Part 1, so by Part 2 they've become positively moribund. 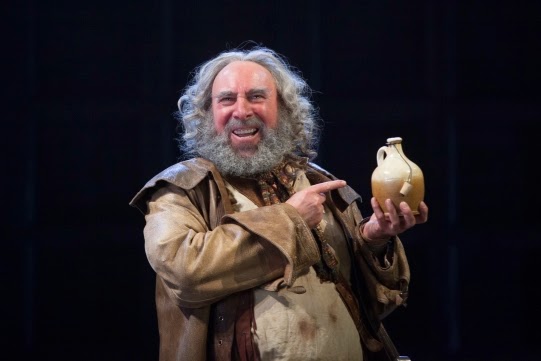 Oliver Ford Davies and Jim Hooper do sterling work as the ancient Justices Shallow and Silence, but Sher and his Gypsies, Tramps and Thieves have all been so decrepit all along that the gag of these new characters doesn't register. 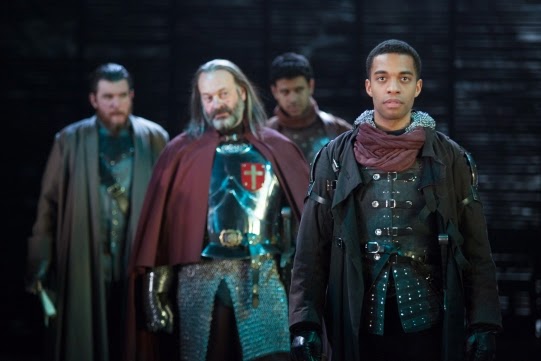 I don't know whether this is something that is more true of Part 2 than Part 1 or more obvious because I was sitting more centrally, but further back, but there's also a massive problem with the staging of this production at the Barbican: This being an RSC show, it originated on the deep thrust stage of the RST in Stratford-upon-Avon. The wide proscenium arch of the Barbican's main house is a very different stage, so designer Stephen Brimson Lewis has added a wooden walkway on each side, but these remain empty almost throughout. Doran's production doesn't seem to have been even the slightest bit reblocked for the new setting, keeping the action entirely on the central strip - I could even tell, when certain actors stood with their backs to the audience, that they would have originally been standing on one of the voms. Furthermore, this part in particular confines a lot of lengthy scenes to a small sliding platform, keeping the action remote from the audience in more ways than one. 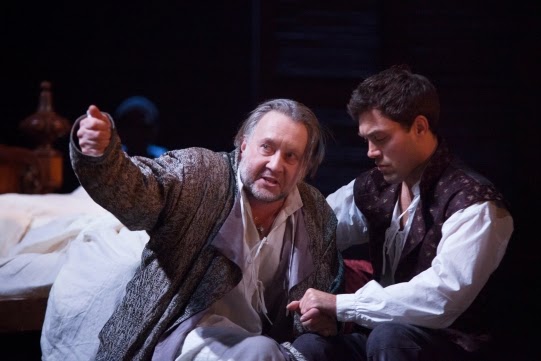 I know perving over the male cast members is something of a trademark of my reviews, but I really should have been able to find more to enjoy about this great play than just Hassell's Hal and Sam Marks' Poins getting changed after a game of tennis, and making for a close-run contest of who's got the best torso. Two years ago, Doran and Phyllida Lloyd both presented productions of Julius Caesar, and for my money Doran's African political thriller was the superior version. This year Henry IV provided the rematch, and while Lloyd's prison sequel might not have told the whole story, its energy and passion trounced this stately sleepwalk through the plays.

Henry IV Part 2 is booking in repertory until the 24th of January at the Barbican Theatre.