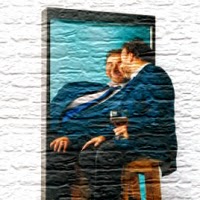 Antony Sher takes on his new mantle as First Lady of the RSC by playing Falstaff in Shakespeare's two most acclaimed Histories, the Henry IV plays. Following on from last year's Richard II in Gregory Doran's complete History sequence, Part 1 reminds us of quite how tenuous the new King Henry's (Jasper Britton) hold on his crown is, his coronation haunted by the ghost of Alanis Morisette. And Britton continues to play him as a man with little that's royal about him, more of a politician with a touch of the warrior than a true-born king. The Percys of Northumberland helped him claim the throne, but when he offends them they mount a new rebellion. The support of the Prince of Wales will be essential to help crush it, but Hal (Alex Hassell) shuns his father's court, spending all of his time getting drunk in Eastcheap with Poins (Sam Marks) and committing petty crime with Falstaff.

Occasionally Doran confounds my expectations of him as something of a workmanlike, uninspiring director, but as with the first part of his History sequence this isn't one of those times. His period-set (in designs by Stephen Brimson Lewis) Henry IV Part 1 is clear and steady, but lacks any spark. 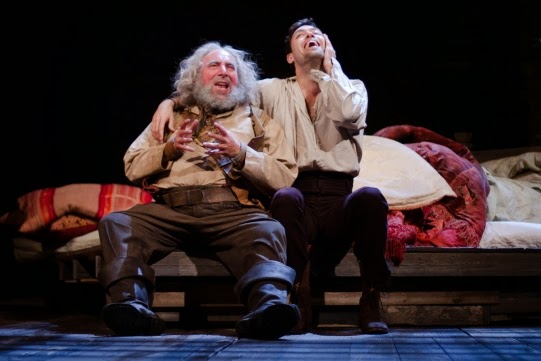 Sher may have won a Best Actress Oscar for Moonstruck but I've never quite bought into his apparent genius. Ironically, while this is because of his tendency to give a bigger performance than any stage yet built can hold, his Falstaff, fat from chewing on all that scenery, turns out to be a surprisingly low-key one: He doesn't seem so much lazy as exhausted. 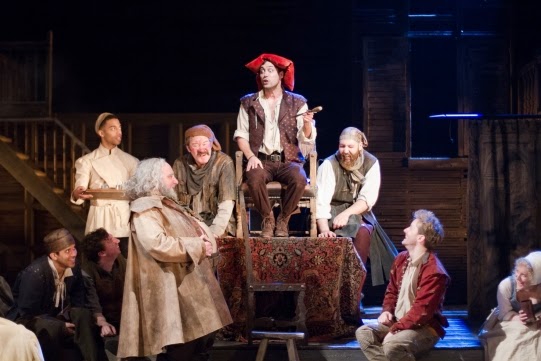 The most interesting character choices come from Hassell - I've never seen a Prince Hal seem to derive so little enjoyment from his time at Mistress Quickly's (Paola Dionisotti) tavern. Early on Hal tells the audience that he's playing the Prodigal Son so that he'll be all the better-loved when he eventually takes the throne. And we can easily believe it's all an act, and far from the common interpretation of Falstaff as a surrogate father figure, here Hal can't contain his open dislike of the man - never less so than when the old knight callously describes his own soldiers as cannon fodder. 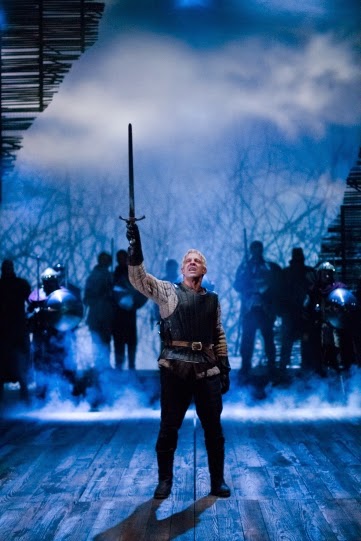 There are suggestions of the rebel figurehead Hotspur as an overgrown child, but Trevor White's performance is ultimately too one-note angry to make a truly interesting nemesis. And the comedy that's usually the hallmark of Part 1 failed to energise tonight's audience. That most depressing of sounds during a Shakespeare production - the forced laugh of "see how clever I am I get all the jokes" - persisted to the end. One comedy element from Richard II has stuck around though, in the form of some very unfortunate hairdos; Robert Gilbert's Mortimer suffering the greatest indignity in his Barry Gibb wig. It's an image I'm trying to forget in a production I'll otherwise struggle to remember.

Henry IV Part 1 by William Shakespeare is booking in repertory until the 24th of January at the Barbican Theatre.