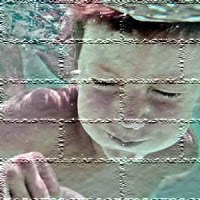 Carthage opens and closes with the same scene, a cyclical nature that mirrors the life of the character at its centre: Tommy (Jack McMullen) was born in a prison, and he died in one. Robert Hastie's production at the Finborough often references these cycles in Chris Thompson's debut play, in which scenes from Tommy's life alternate with those following his death, in which the question of who's to take the blame for it is bandied about with very few people willing to accept responsibility. His childhood is spent yo-yoing between foster care and his mother Anne's (Claire-Louise Cordwell) flat, until he commits a particularly heinous, unnamed crime that lands him in a young offenders' institution. There a particularly aggressive attack on the guards ends up with a routine restraint procedure going wrong, and Tommy stops breathing.

Although the story centres around Tommy's life, and the play features an intense performance and a fleeting
FULL-FRONTAL MALE NUDITY ALERT!
from McMullen, its real focus is on the three characters on whom the finger of blame for his life and death get pointed: His mother Anne, Sue (Lisa Palfrey,) the social worker who handled his case most of his life, and Marcus (Toby Wharton,) the guard in charge at the time of his death. I'm finding Carthage, in a good way, a hard play to review because it raises so many questions during its relatively short running time that it feels like anything short of a dissertation will fail to do it justice. It's very even-handed towards its characters and it's impressive, particularly from a first-time playwright, to be able to do that without the drama feeling cold. Far from it, in fact, this is a surprisingly engaging and witty play. 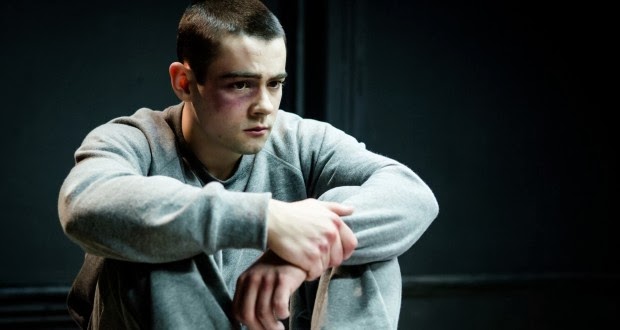 For a play that opens witht a child's death in custody, there's actually a lot of laughs to be had here, from the well-observed writing and performance of the characters (starting with a heavily-pregnant Anne's torrent of abuse towards her jailors,) to some excellent one-liners, with even Tommy's birth being a cue for a punchline ("He's got your eyes! Let's hope he hasn't got your herpes.") It helps engage the audience emotionally with a story that doesn't hold back from the viciousness of those characters who are in their own way victims as well. 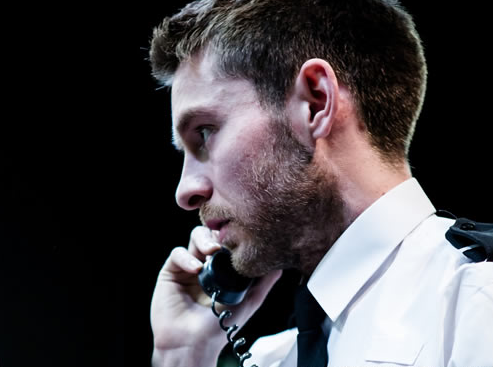 Wharton has some particularly intense moments late on in the play and I think one reason Marcus comes across the most sympathetically is that - despite the death scene, when we see it, proving he tried to prevent it - he's the only one who feels any personal guilt for the boy's death. The fact that he accepts some responsibility, but refuses to take all the blame, may be why the other two focus so determinedly on making him the scapegoat. The two central actresses are also strong, Cordwell's Anne a force of nature, and Palfrey genuinely warm but her character not seeming to really understand how ineffectual she actually is; a social worker himself, Thompson doesn't pull his punches with Sue's own washing her hands of any responsibility, which I think is ultimately the point of the play. There's a few plot-related questions I wished had been resolved (if Marcus was intent on making Anne see her own responsibility, why didn't he mention her final, presumably abusive voicemail to her son?) but for the most part this is intense and very impressive stuff.

Carthage by Chris Thompson is booking until the 22nd of February at the Finborough Theatre.