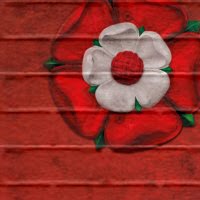 I haven't read Hilary Mantel's double Booker-winning historical novels about Thomas Cromwell (I wasn't too fond of her Beyond Black a few years ago, so wasn't tempted by her more recent literary blockbusters.) Theatre, of course, is always much easier to tempt me with, so the RSC bringing the court of Henry VIII to their smaller Swan stage was intriguing (and, even with the train journeys factored in, quicker than reading the books.) I'm watching each show on its own, so first up is Wolf Hall, in which we join Cromwell (Ben Miles) as the trusted, but still lowly, lawyer in the service of the Lord Chancellor Cardinal Wolsey (Paul Jesson.) We're a couple of decades into Henry's reign, which means he's unhappy about Catherine of Aragon's failure to bear him a male heir - and starting to look at alternatives.

This is the story of Henry's split from Rome and replacement of Catherine with the younger Anne Boleyn told through the many setbacks on the way to getting the king's will enforced - and through the eyes of the people behind the scenes trying to get their own solution onto the table. 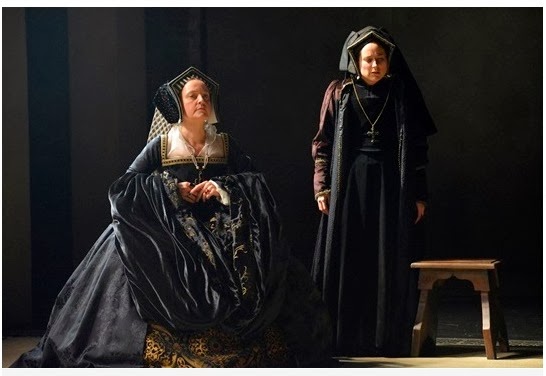 Mike Poulton's adaptation brings to the stage a huge historical epic and the wig and beard department of the RSC has been kept busy turning most of the actors into a variety of characters, and I'm sure the dressers are kept as busy behind the scenes quickly transforming them. Mantel's Cromwell isn't the out-and-out villain he's often seen as, but neither is he quite the decent everyman Ben Miles at first seems. While not as obviously ambitious as those around him, it's hard not to notice that as he quietly makes his way up the ladder of influence as the no-nonsense fixer, he's accruing his own wealth and power all the time. 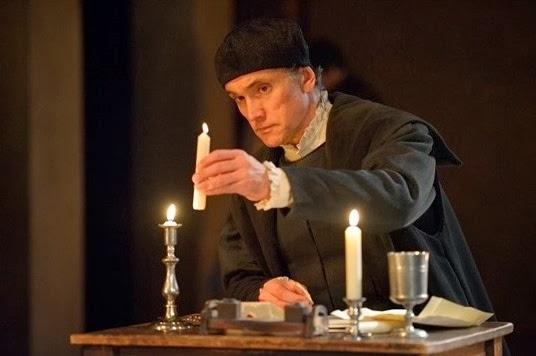 Cromwell's isn't the only portrayal that doesn't fit the stereotype: Nathaniel Parker's is a positively laid-back Henry VIII, capricious but rarely explosive. And in contrast to the helpless martyr she's often seen as, Anne Boleyn (Lydia Leonard) is a shrill, fiery manipulator - this Henry is more likely to have to calm Anne down than the other way round. One of Wolf Hall's interesting aspects is the way it's not just the huge political and religious implications that stop the remarriage from being a simple business, but also the choice of second wife: Anne is fiercely ambitious for the crown and happy to let her mouth write cheques her womb can't cash. 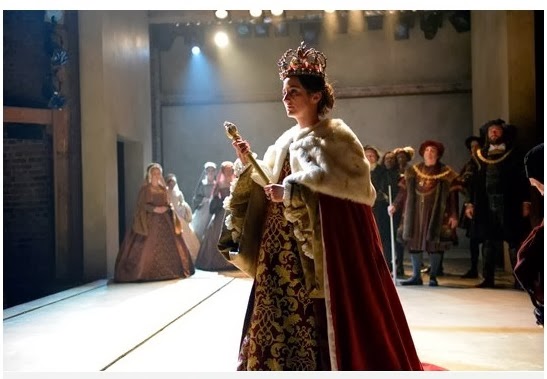 But her own eligibility is as much in question as the king's - her flirtatious ways have got her many admirers; and the Earl of Northumberland (Nicholas Shaw) claims she's already secretly married to him, a claim that comes and goes depending on how the political winds are blowing. And rumours persist of an inappropriate relationship with Cromwell's ally Thomas Wyatt (Jay Taylor.) 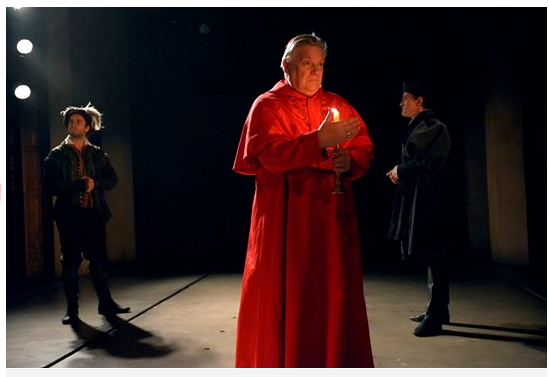 With many actors playing such well-known historical figures as John Ramm's Thomas More, one way Poulton and director Jeremy Herrin have grounded the story's constant twists and turns is by investing a lot of faith in the familiar faces around Cromwell - his young son Gregory (Daniel Fraser,) clerk Rafe Sadler (Joshua James,) grumpy French servant Christophe (Pierro Niel Mee) and the "gift" Wolsey gives to Anne Boleyn, Mark Smeaton (Joey Batey,) a poutingly pretty musician with a knack for disappearing into the background and thus hearing the private conversations of the great and the good. Cromwell also finds an unlikely friend in Olivia Darnley's winningly spiky Mary Boleyn, and a nemesis in Matthew Pidgeon's Stephen Gardiner. 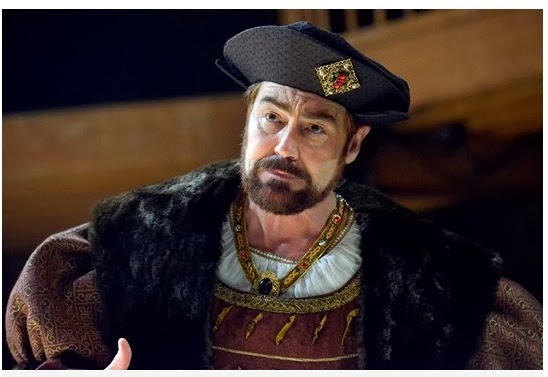 Quite simply staged in Christopher Oram's design (apart from the climbing frame hanging from the theatre's ceiling, whose significance perhaps we'll find out in the second play) this is an interesting and energetic play that's already become 2014's first hot ticket. It deals with a historical incident that's been covered endlessly in fiction, but still brings a fresh approach to it.

Wolf Hall by Mike Poulton, based on the novel by Hilary Mantel, is booking in repertory until the 29th of March at the Swan Theatre, Stratford-upon-Avon (returns only.)