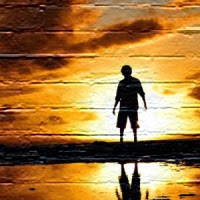 There was a lot of Peter Pan around last year, and as 2014 marks the 100th anniversary of the start of World War I, there's going to be a great deal of theatre coming up commemorating it. The two years' themes come together as the Finborough is first out of the gate with its "THEGREATWAR100" series: Phil Willmott has imagined a Peter Pan who not only grew up but, like the Llewellyn Davies boys who inspired him, ended up fighting in the French trenches. Faced with orders to lead his men into yet another pointless bloodbath, George Llewellyn Davies retreats into a fantasy where it's his childhood hero who has to fight instead. Drawn from Neverland by the feeling that there's an awfully big adventure going on in Europe, Peter (Steven Butler) arrives in London to find Wendy still saving herself for him, and with the help of the Lost Boys finds out what sort of thing a woman expects from a grown man.

But although his former playmates now have jobs and wives, part of their emotional growth remains stunted, so the path they lead Peter down leaves him, in a different way, a Lost Boy. 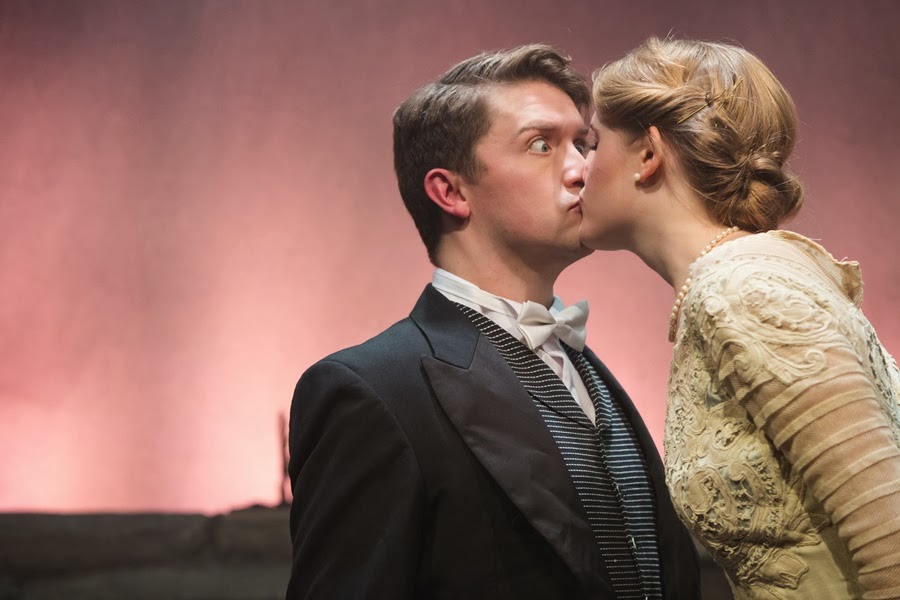 Though not without its lighter moments, Willmott's musical (which he also directs) is a very dark, unquestionably adult sort of fairytale, and one which takes a little while to settle into a groove. Early scenes of the Lost Boys cheerfully singing about the fun they have on a Friday night while brandishing cudgels, have a suggestion of the dark side of men who haven't quite grown up, but don't quite work. Fortunately Lost Boy is a show that finds itself as it goes on, and grows into its conceit. The music, too, improves; this isn't the kind of musical built around big showstoppers, but there's some big musical moments all the same: Michael Darling (Joseph Taylor, the bastard love-child of Harry Styles and Richard Simmons,) has grown up to become a gay acrobat, and has a strong number about finding love. And Grace Gardner's Wendy gets to showcase a powerful voice in some emotional numbers as the disappointments of a not-quite-adult Peter become apparent. 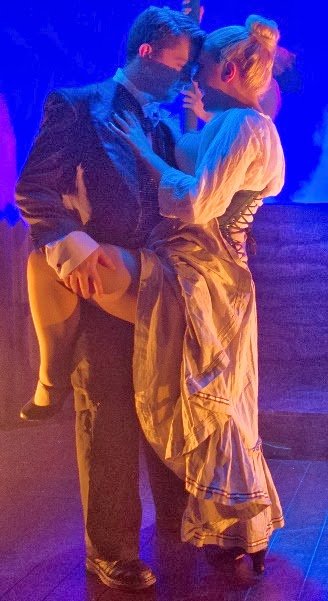 Willmott's found bleak new roles for all of Neverland's inhabitants; Joanna Woodward is a vicious Tinkerbell who's lost her wings and become a prostitute, in which guise she finally gets what she's always wanted (namely, Peter's peter.) Finding out you're not meant to practice in this way the night before your wedding, Peter tries to prove to Wendy that he's a man, and inevitably ends up on the Front. Richard James-King is nicely understated as the pacifist, Jung-studying John Darling, and Natalie Lipin's Tiger Lily has become a Paris showgirl. But most interesting are the relentless reappearances of Captain Hook (Andrew C. Wadsworth,) as a stage magician, an opium addict and finally a Field Marshall, deliberately promoting Peter so he can turn him into one of the very generals who blindly sends men to their deaths by the thousands. (Or, as Michael Gove would probably put it, "making sensible strategic decisions." Topical! Political! Comedy!) 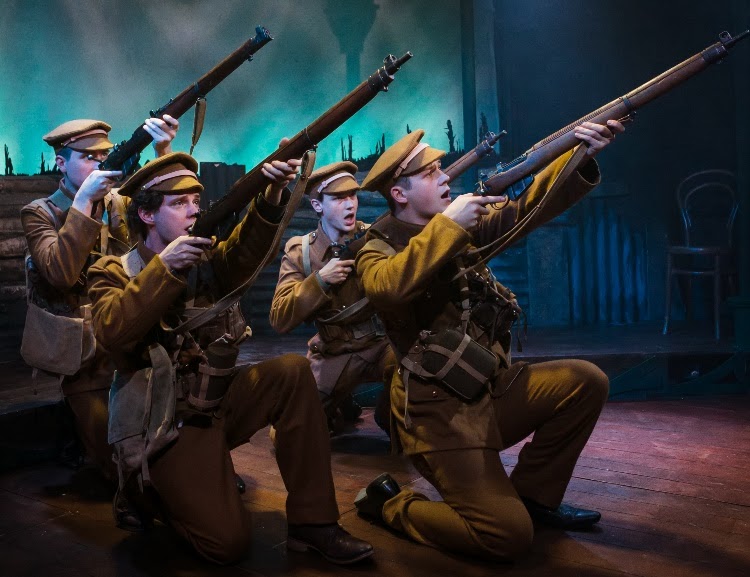 The trope of Peter Pan and Hook as flipsides of each other is pushed to its limit here, Hook's revenge no longer consisting of killing Peter but of turning him into himself, until Max Panks's gung-ho Tootles starts to be referred to as Peter's very own Smee. But Willmott doesn't entirely plunge J.M. Barrie's world into darkness, allowing a possibility of redemption both for Peter and his alter-ego George by the end. Lost Boy takes a while to warm up to its own high concept but it does get there, and there were a couple of moments where I was genuinely moved.

Lost Boy by Phil Willmott, is booking until the 11th of January at the Finborough Theatre; and from the 13th of January to the 15th of February at Charing Cross Theatre.