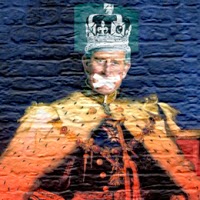 "A Future History Play" is how Mike Bartlett describes his newest work, and he delivers on that promise more accurately than anyone could have hoped. King Charles III takes place only a short while into the future, just after the death of Queen Elizabeth II. It's still going to take a few months to arrange a coronation so the Prince of Wales can be officially recognised as King Charles III, but in practice he takes on the responsibilities of the throne immediately. One of Charles' (Tim Pigott-Smith) few real powers as monarch is to sign new bills into law, a responsibility that's purely ceremonial. But after centuries of monarchs signing their name regardless of their personal feelings, Charles stumbles on his first duty: A bill restricting press freedom has been passed by both Commons and Lords, but despite his family's past mistreatment by the press Charles feels it gives the politicians too much power, and withholds his signature.

Meanwhile the Royal family is about to experience some more press intrusion as Prince Harry (Richard Goulding,) recently out of the army, seeks a new purpose to his life and finds Jess (Tafline Steen,) a no-nonsense art student whose working class background makes the press keen to dig up some dirt on her. 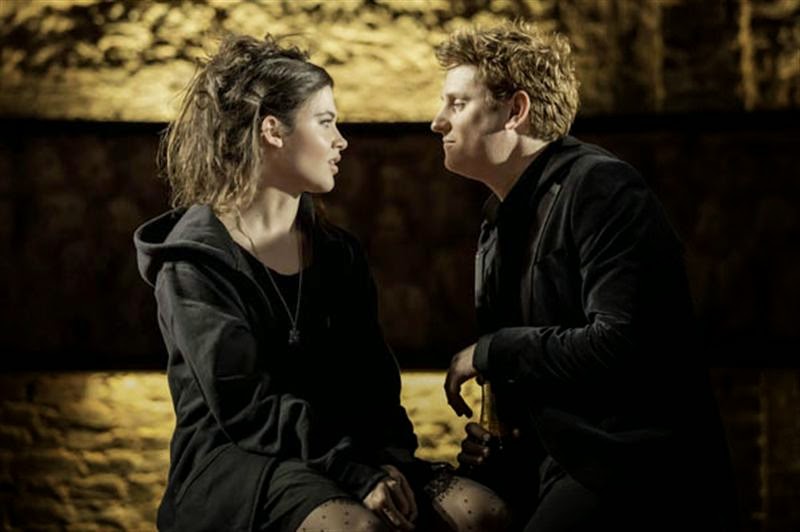 Bartlett's play is written in the style of a Shakespeare history play, and feels uncannily accurate. Largely written in blank verse, with lapses into prose for the lower classes and less formal situations, the language features nods to particular Shakespearean lines as well as recreating the style with modern references: With Charles comparing himself to a Findus ready meal, or soliloquising about Parliament being a flashy but unreliable sat-nav to his own trusty map, King Charles III is frequently very funny. And with Rupert Goold, with his experience both in new plays and Shakespeare, directing, there's a real sense of authenticity. The production has a stripped-back aesthetic, Tom Scutt taking the Almeida back to its bare walls, with only faded faces from the past looking down on the action; and the costumes kept to a sombre monochrome. 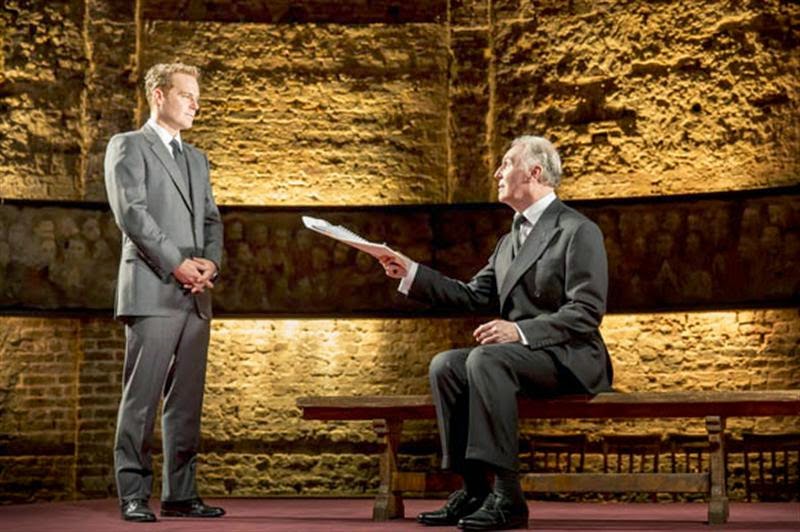 What feels even more impressively authentic than the language is the structure, which locates all the action in the limbo period between the previous monarch's death and the new one's coronation, and really feels like the sort of character arc Shakespeare might have taken had this story been available to him. As Prince of Wales, Charles has been perfectly willing to abuse his influence to get architecture that isn't to his personal taste scuppered, so it feels plausible that as King he'd have a hard time accepting that his power is nominal only. It gives him a tragic hubris that variously brings to mind Richard II, Henry IV and Lear among others, but ultimately is a character in his own right. Elsewhere one of the funniest overt Shakespeare references sees Lydia Wilson's Kate Middleton as Lady Macbeth, spurring William (Oliver Chris) on to a power she'll clearly take the lion's share of. 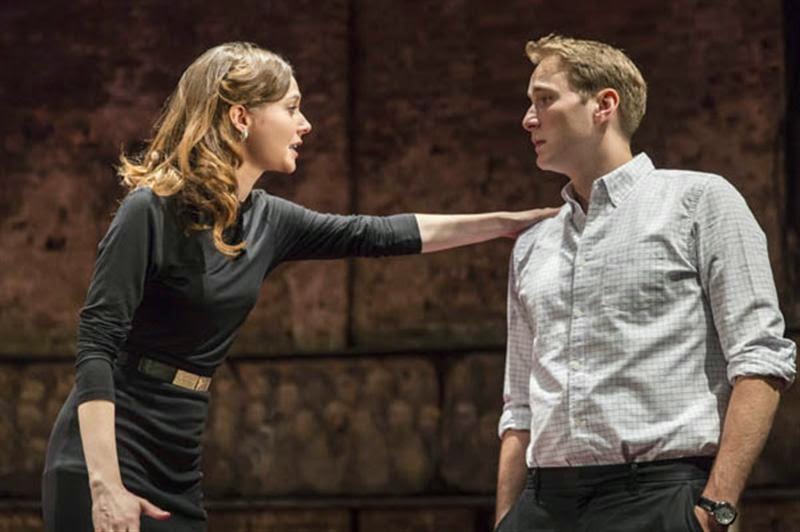 With the royals based on real people, Bartlett offers generic politicians as Charles' nemeses, Prime Minister Evans (Adam James) and Leader of the Opposition Stevens (Nicholas Rowe) offering platitudes of an alternative view but ultimately barely distinguishable from each other in their real aims. 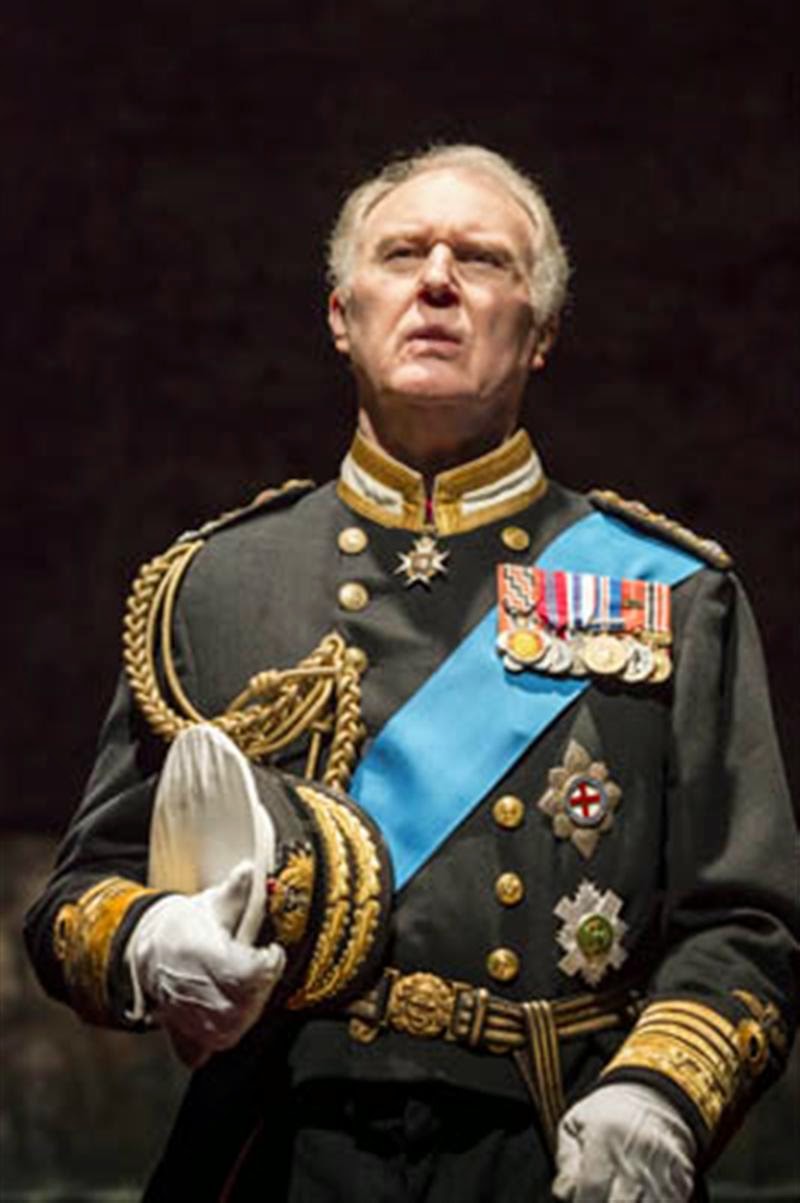 With moments like a ghostly Diana (Katie Brayben) prophesying great things for the new King, and Charles' tendency to proclaim himself all alone in the world in Camilla's (Margot Leicester) earshot, the play is frequently laugh-out-loud funny, while building up to a genuinely affecting climax. After a transition period of shows co-produced by his old company Headlong, this is officially Rupert Goold's first piece of programming as Artistic Director of the Almeida, and as a statement of intent it suggests we were right to be excited about his appointment. It feels like he and Bartlett have unearthed a lost Shakespeare play that's somehow from the future, and I hope that when the real future catches up with it and (possibly - you never know) proves it false, that doesn't mean revivals of this are out of the question, as I suspect it would prove as flexible to interpretation as the real thing.

King Charles III by Mike Bartlett is booking until the 31st of May at the Almeida Theatre (returns and day seats only.)