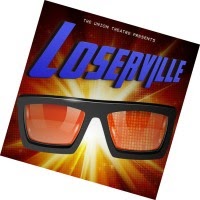 It's barely more than two years since James Bourne and Elliot Davis' amiable teen musical Loserville took an early bath at the Garrick, and already it's back to make its fringe debut. Even with a big budget behind it the show had the feel of being cobbled together from old yoghurt pots and sticky-back-plastic - perhaps one of the qualities that baffled many of the critics and made them take so violently against it - so this lo-fi aesthetic means it translates well to a smaller scale in Michael Burgen's production at the Union. It's set in 1971 and follows the template of every American High School movie, as Michael Dork (Luke Newton) and his friend Lucas (Jordan Fox) obsess over computers, and hope to find a way to send messages between them - what will eventually be known as email. It's only when geeky girl Holly (Holly-Anne Hull) joins the school though, that they start to make real progress.

Vanessa and her daughter were huge fans of the show and very sad to see it close, so there was no doubt we'd be visiting this revival, which has some niggling issues but overall suggests to me that Loserville is likely to make regular returns to the fringe, where it feels more at home. 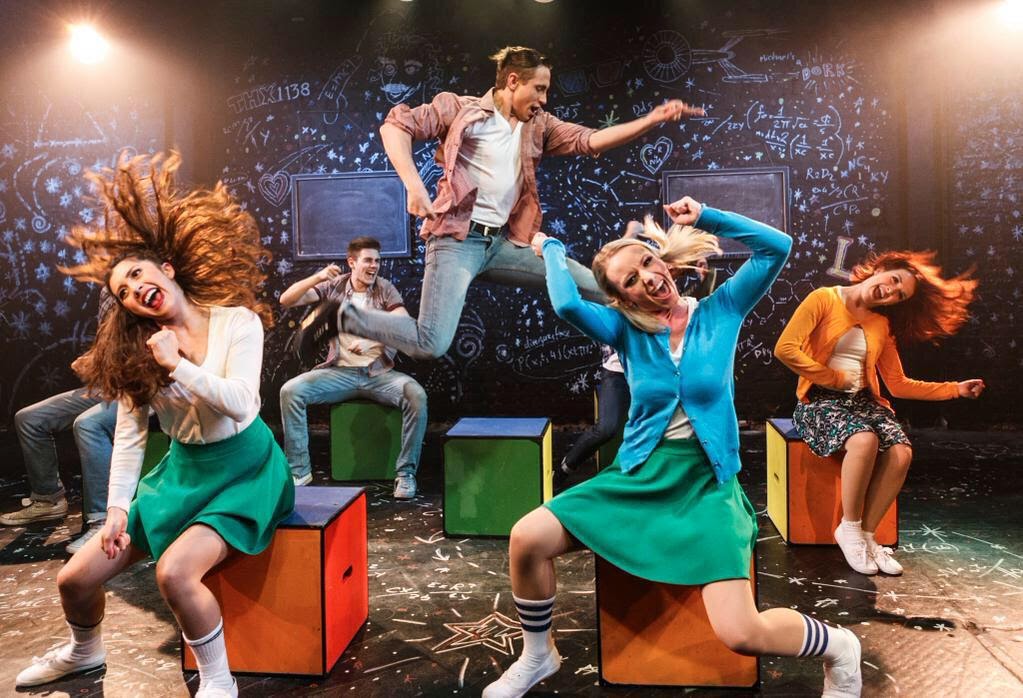 The set design (no set designer is credited,) based around a Rubik's Cube and with the cast scribbling on blackboards to denote scene changes, gets right into the make-do-and-mend spirit, although Elle-Rose Hughes' costumes don't do much to suggest the setting: Only the Star Trek convention that opens the second act really feels like the 1970s; and Michael's short-sleeved-T-shirt-over-a-long-sleeved-T-shirt look in particular is one I don't remember seeing before the late nineties or early naughties, although Vanessa informs me it might be a Big Bang Theory reference. 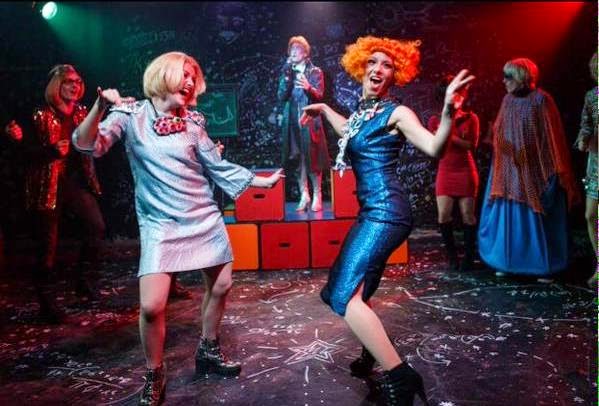 The songs continue to be a lot of fun although the singing is a mixed bag; Burgen often hides the supporting cast behind the audience, meaning the harmonies work really well, but the solo moments are regularly drowned out by the band, and the young cast don't seem too used to performing without amplification - it's rather odd to see a cast full of musical theatre actors who don't want to belt all the notes out at the top of their lungs. 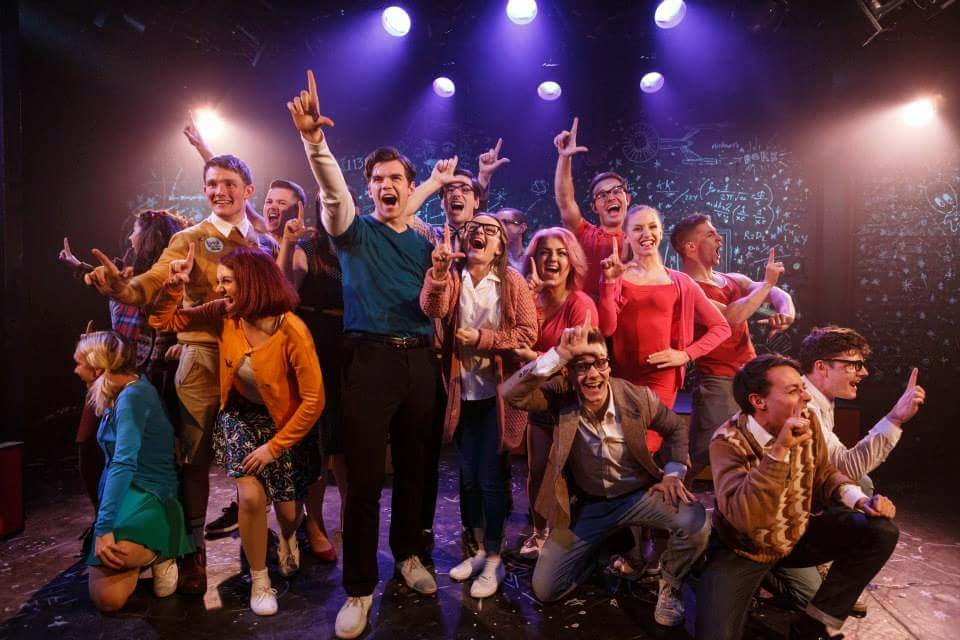 But the performances are likeable, with an adorably scene-stealing Francis from Matthew Harvey, and a spectacularly narcissistic villain in Lewis Bradley's Eddie, flanked by his dim henchmen Wayne (Ryan Ridley) and Huey (Charlie Kendall, whose ears are perhaps a little bit smaller than average, but are not "freakishly small" or "a child's ears on an adult's head," whatever Vanessa might tell you.) Despite my issues with the sound balance it's an energetic all-ages show that feels different to anything else out there, and some of the script's weaknesses which felt very exposed on a West End stage are easier to iron out in this intimate a setting.

Loserville by Elliot Davis, James Bourne, Martin Lowe, Mike Raphael, Tom Fletcher, Peter Woodroffe, Charlie Grant and The Matrix is booking until the 21st of March at the Union Theatre.