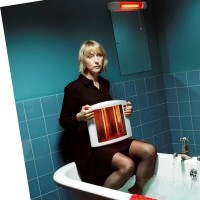 Freud used characters from Greek tragedy as archetypes and now Robert Icke reverses the process, turning Aeschylus' Oresteia into a complex psychological study of Orestes - his actions, the contradictory aspects of his personality, and above all the unreliability of his memories. And that's only one of the ways Icke rewrites the rulebook in his glorious headfuck of a production, which it seems ridiculous to even attempt a short review of: By the second interval I already thought I could write an essay about it. It's unlikely a recording of it will be commercially released but I hope it's at least easily available to students, as it could be good fodder for dissertations for years to come. The story, at least, is the same one it always was: To help him win a war, Agamemnon (Angus Wright) sacrificed his daughter Iphigenia. On his return, his wife Klytemnestra (Lia Williams) murders him in revenge.

But while Agamemnon is shown as having genuine, if twisted religious beliefs that help him justify his actions to himself and others, his son doesn't have divine orders to kill Klytemnestra in turn. Instead the majority of the story is told in flashback as Orestes (Luke Thompson) recreates the events of his family life to a psychiatrist (Lorna Brown,) exploring how he came to murder his mother. 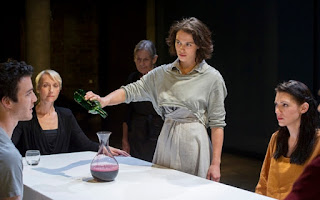 This flashback structure includes another of the most obvious innovations: Icke turns the trilogy into a quartet - where Aeschylus only joins the story at Agamemnon's return from Troy, this Oresteia has a whole new first act which takes us back to the moment a priest (Rudi Dharmalingam, becoming the closest thing the production has to a traditional Chorus) gives Agamemnon the prophecy that starts the whole cycle of violence. This new opening gives an opportunity to explore Agamemnon's motivations and especially to make more sense of Klytemnestra's rage - Aeschylus' version has less emphasis on her losing her daughter than Icke's, and more on her taking a new lover in her husband's absence, making her more of a villain than she is here. 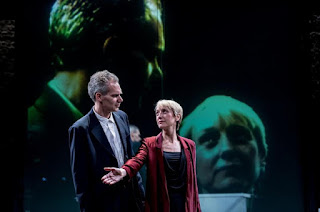 In fact while this may be the Oresteia, it sometimes feels as ridiculous to call it Aeschylus' version of the story as it would be to credit Hamlet to the unknown writer of the Ur-Hamlet, with Shakespeare credited only as translator. Because, largely through the added emphasis on Klytemnestra, Icke has in mind the opposite of Aeschylus' comforting pat on the head to the patriarchy that ends up replacing the female power of the Furies: This is a feminist Oresteia that sees women's lives ultimately being treated as less valuable than men's, but doesn't see why the men in the story should be allowed to find comfort in this. 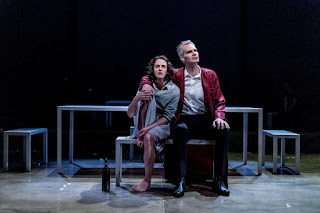 The visuals are also interesting on Hildegard Bechtler's sleek set of sliding glass panels, which Natasha Chivers' lighting starkly changes from opaque to clear at critical moments. Dharmalingam's Chorus introduces the play with a list of deities ancient and modern, and Christian imagery is as likely to figure in Icke's tableaux as anything suggesting the Greek gods. The use of costume colour is also clever, from the red worn by any character about to turn murderous, to the yellow that Hara Yannas' unnerving Kassandra wears when Agamemnon brings her back as trophy and possibly lover; mirroring the yellow Iphigenia wore, as if she's a twisted kind of replacement for another victim of the war. 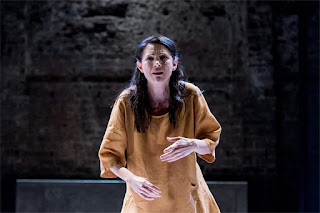 The colour coding was what also tipped me off to one of the more audacious parts of the psychological rewriting of Orestes' memories, as both he and Jessica Brown Findlay's Elektra wear grey tops and increasingly mirror each other. This twist to one of the most famous characters in the saga, as well as the idea that exactly what happened to Iphigenia was hushed up even from the family, lends a new kind of sense to Orestes' character journey, as his revenge on Klytemnestra isn't a god-given command but an inability to fully piece together the fact that Agamemnon's death was an act of justice in itself. 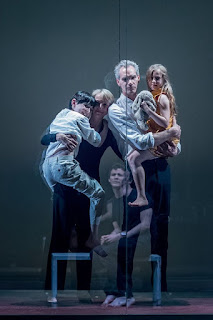 The cast back up the strong work being done everywhere else, with Williams anchoring them with her steely performance, Wright giving Agamemnon a surprising humanity, Brown a measured voice of both sympathy and strictness, and Thompson's Orestes, an onlooker on his own life for most of the play, exploding in the final trial scene into a complex portrayal of guilt, terror and ultimately confusion about what's real and what isn't: I can't imagine Thompson's Hamlet can be that far off, and it'd be fascinating to see him team up with Icke again for it - although I imagine after a full season of Greeks the Almeida may feel they're done with classics for a while. 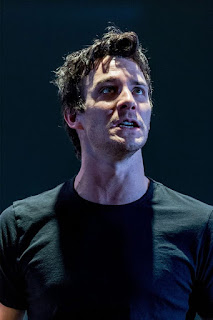 Before I risk actually writing that dissertation after all, I'll end with saying the way Icke twists the meanings of the various prophecies seen throughout the course of the play feels like yet another way he pulls the rug out from under the audience, leaving you feeling not just emotionally drained by the story but as if you've watched a film like Memento whose ending redefines everything you throught you were watching. On a practical note there's also a great innovation in that the intervals (one 10 minutes, one 15, then a 3-minute break in the action) are all timed, with countdown screens throughout the theatre warning people they need to be back in their seats in time or risk missing the next act. It's on-theme with the production's creeping mortality, and necessary when the running time comes close to four hours, but apart from slightly nervous-looking ushers it works surprisingly slickly, to the point it makes you wish it was universally taken up, the production's pace and intensity - and the running time - unaffected by anyone's unwillingness to leave the bar until the last second of the interval.

Icke's Oresteia has to be a contender for the show of the year; it's so dense I want to go back, but it's also so exhausting - in a good way - that I don't know if that's something I could handle.

Oresteia by Aeschylus in a version by Robert Icke is booking until the 18th of July at the Almeida Theatre.