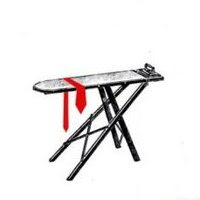 John Osborne's Look Back in Anger is surely the best-known of the four "Playwright's Playwrights" readings being presented by the Royal Court at the Duke of York's. It's so iconic that despite hot having seen it on stage before, the first act especially was very familiar to me, and I know I'm not the only person who found that to be the case. (In fact this familiarity did mean this week's reading lacked one of the joys of last week's, of the cast discovering the play as the audience do.) But the reason the theatre was, in stark contrast to last week's sparse but enthusiastic crowd, packed to the rafters today wasn't entirely to do with the play: It had been announced that Benedict Cumberbatch would play the archetypal Angry Young Man, Jimmy Porter, and St Martin's Lane was packed with fans long before kick-off. Jimmy lives in a small apartment with wife Alison (Rebecca Hall) and their friend Cliff (handsome Welshman Matt Ryan.) These two help each other bear the brunt of Jimmy's constant furious outbursts, taking out his frustrations about life in general on the pair of them. The combination of Alison becoming pregnant, and the arrival of her old friend Helena (Anna Maxwell Martin) coming to visit, effects a change in the status quo.

Polly Stenham is the playwright who chose this play and directed the reading, and as with Nick Payne last week you can see the through-lines of how the work influenced hers, her plays largely being a middle-class response to Osborne's working-class outbursts. (Although to really link it up to her own plays Stenham would have had to add a finale where Jimmy pisses his pants.) The performances, which again had only 24 hours of rehearsal, are a bit more mixed this week; Cumberbatch justifying some of the hysteria surrounding him by putting his all into the performance. Even sitting down with the scrip in his hand his legs flail, he gets into the frustrated, hunched ball of fury that dishes out vicious insults and despair. Meanwhile Rebecca Hall basically stuck to one blank facial expression and tone of voice throughout the afternoon. In other words both actors used their entire respective acting abilities. Maxwell Martin was also a bit disappointingly low-key and hard to hear at times. Accordingly my interest did dip from time to time, but another worthwhile afternoon all the same. We'll just have to see if any similarly big names get announced for the remaining two readings; or if, without a star draw, this will have been enough to whet some appetites for more stripped-down theatre.

Look Back in Anger by John Osborne was part of Playwright's Playwrights, which is booking on Fridays until the 20th of July at the Duke of York's Theatre.