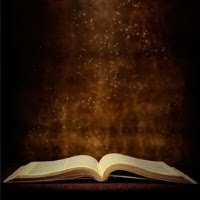 Doing a few performances as part of this year's Almeida Festival (prior to an Edinburgh Fringe run next month) is new-ish theatre company Custom/Practice's take on A Midsummer Night's Dream. The night before Duke Theseus' wedding, two young couples run away to the woods. Also there are a band of workmen, rehearsing a ludicrous amateur play they intend to perform at the royal wedding. Both groups get caught up in the machinations of Oberon (Liam Mansfield) and Titania (Kemi-bo Jacobs,) King and Queen of the Fairies, and Oberon's henchman Puck (Lanre Malaolu, who coincidentally I also saw play Puck when he understudied the role at the RSC last year.) Rae McKen's production opens with a high concept of a group of schoolkids being made to read A Midsummer Night's Dream for detention, only for Puck to take on the guise of their teacher and make them inhabit the roles for real.

The opening scene had me worried that, as sometimes happens when directors come up with one good hook for a show, the production would rest on its laurels and not try for much more originality. But the framing device proves to be no more than that, and soon gives way to what is actually a pretty traditional staging, though of a fairly heavily edited text. As is usually the case with most Shakespeare comedies it takes a while to warm up but once it does it ends up boasting some of the funniest interpretations of the play's madness that I've seen. The 8-strong cast is largely made up of recent drama school graduates, some of whom we'll hopefully be seeing more of on stage. Thanks to some very quick changes the lovers double as the mechanicals; the show even manages to make a virtue of not having enough cast members for a Starveling.

For me the show's comic standout was probably Rebecca Loudon, who brings some lovely little touches to Helena and a gender-swapped Peta Quince, but there's also some scene-stealing turns from Naoufal Ousellam's taciturn Snug, Malaolu's über-queeny Philostrate and Lorenzo Martelli's childlike Bottom. If there's a weak link in the production it's the decision to give the fairies an exaggerated, physical performance style - I can see what McKen's going for there but it actually comes off quite awkwardly, and going "big" for real is maybe not the wisest idea in a play that gets one of its biggest comic setpieces from an overacted play-within-the-play. But for the most part this is a bit of an unexpected gem that I booked on a whim but was pleasantly surprised by.

A Midsummer Night's Dream by William Shakespeare is booking until the 21st of July at the Almeida Theatre; then from the 2nd to the 27th of August at Assembly George Square, Edinburgh.