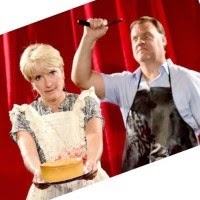 The cruel and unusual things people do to make others' lives miserable are on display at the Coliseum; but enough about whoever designed the cloakroom, Lonny Price's New York concert staging of Sweeney Todd is being restaged by the ENO. Having been transported to Australia for a crime he didn't commit, Benjamin Barker (Bryn Terfel) escapes and returns to Fleet Street where, calling himself Sweeney Todd, he reopens his old barber shop above a pie shop. He quickly establishes himself as the best barber in London, to attract the attention of Judge Turpin (Philip Quast) and Beadle Bamford (Alex Gaumond,) the men who wronged him, with bloody revenge in mind. But the bloodshed begins long before he can get to them, when a rival barber (John Owen-Jones) tries to blackmail him. Todd now has a body to get rid of - while downstairs Mrs Lovett's (Emma Thompson) pie shop is short of fresh meat.

Meanwhile the villainous Turpin, who's taken Todd's daughter as his ward, has decided to force Johanna (Katie Hall) to marry him now that she's grown up. Anthony Hope (Matthew Seadon-Young,) the sailor who brought Todd back to London, has fallen in love with Johanna and plots to save her. 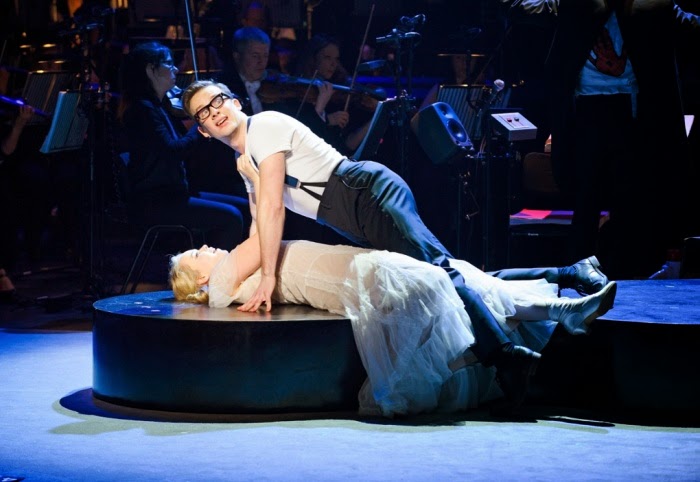 Price's production is described as "semi-staged." In practice this sees the cast arrive as for a straightforward concert, standing in front of the orchestra in evening dress, with their music sheets in front of them. But a couple of verses in the music stands get knocked over, the clothes get torn and tattered, and an overturned grand piano forms a centrepiece to the action, that starts to take over the whole stage and occasionally spill out into the auditorium. 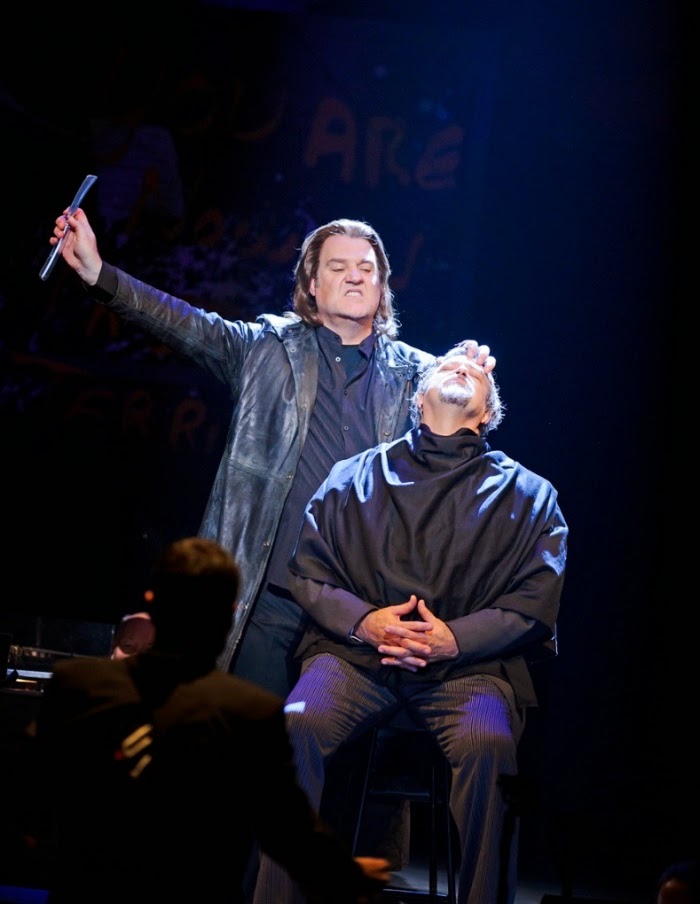 The conceit is successful in parts: There's some inventive ways to represent the action, and a running gag where the characters - especially Thompson's Mrs Lovett - steal items from the orchestra to use as props. It means the show's comedy is well-served, but there's little in the way of menace or horror, and the only real emotional moment is when Tobias (Jack North) sings "Not While I'm Around" to Mrs Lovett, who clearly shouldn't be trusted as much as he does. The banners at the back of the stage that invoke the Occupy movement are a bit of a pointless touch as well, an attempt to suggest contemporary significance that the production then never builds on. 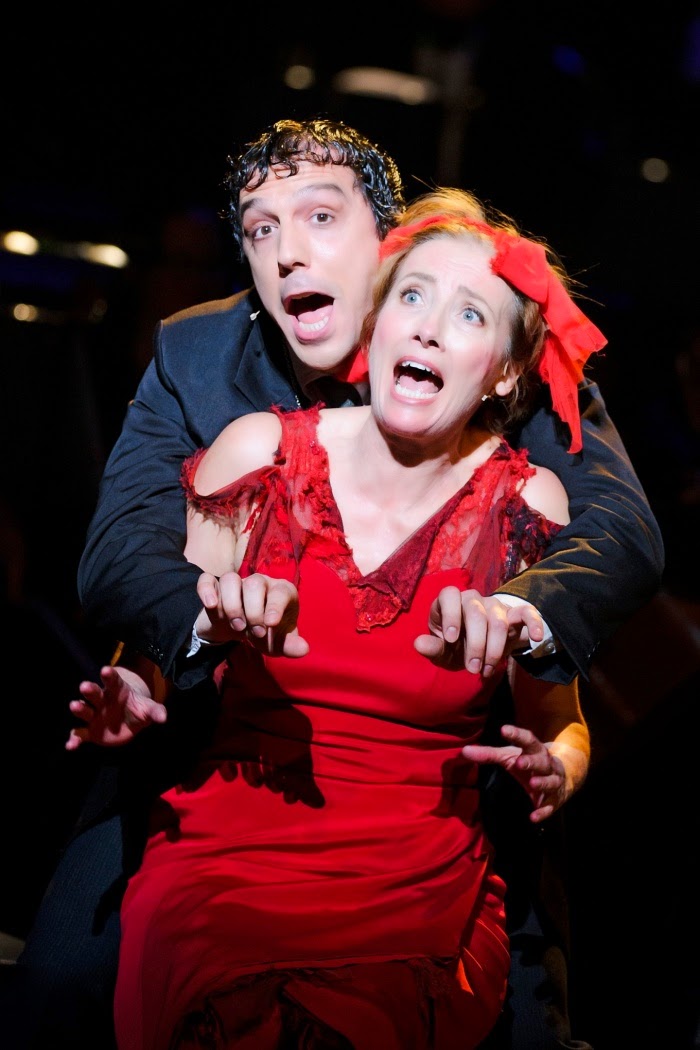 But musically it's little surprise that the show is much better served by a full orchestra and large chorus, while the ENO have been able to do real luxury casting on the supporting roles - even the beggar woman is played by Rosalie Craig, and Thompson turns out to have great vocal chops to add to her comic skills in the role. In fact the strong musical theatre cast backing him up only made the problem I had with Terfel more obvious - I know little about him, or indeed about opera in general, other than how big a star he is, and clearly his voice is very powerful. But it seems a shame that Sondheim and Wheeler's intricately-written lines are more or less incomprehensible when he booms them out. 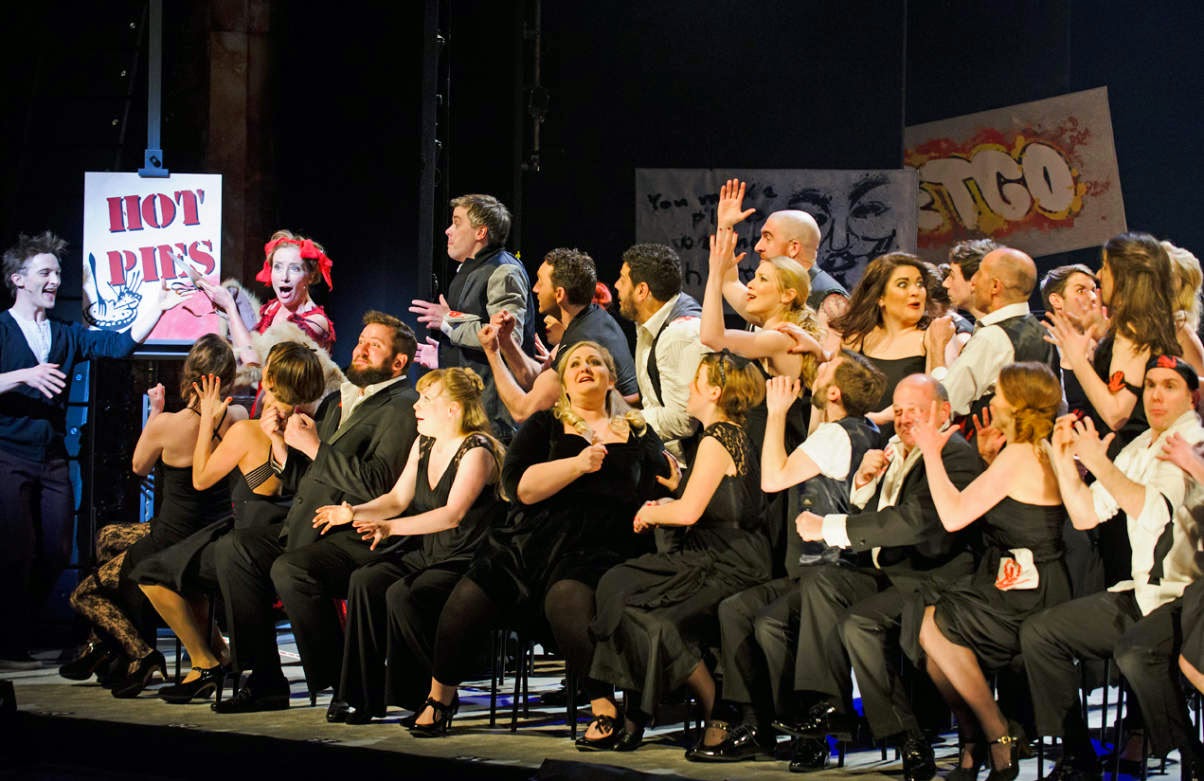 But I'm sure those there to see Terfel were satisfied - I was there for the rare opportunity to see Thompson on stage, and for a concert experience that delivered best on the musical side, there was plenty to look at as well. And in contrast to the last Sweeney Todd I saw, this was one where the supporting cast really got to steal the show. It particularly felt like a star-making performance for Seadon-Young, who got some of the night's biggest ovations. And who seems to be making the "T-shirt under braces" look something of a signature onstage style, although there's other outfits I've enjoyed seeing him in. 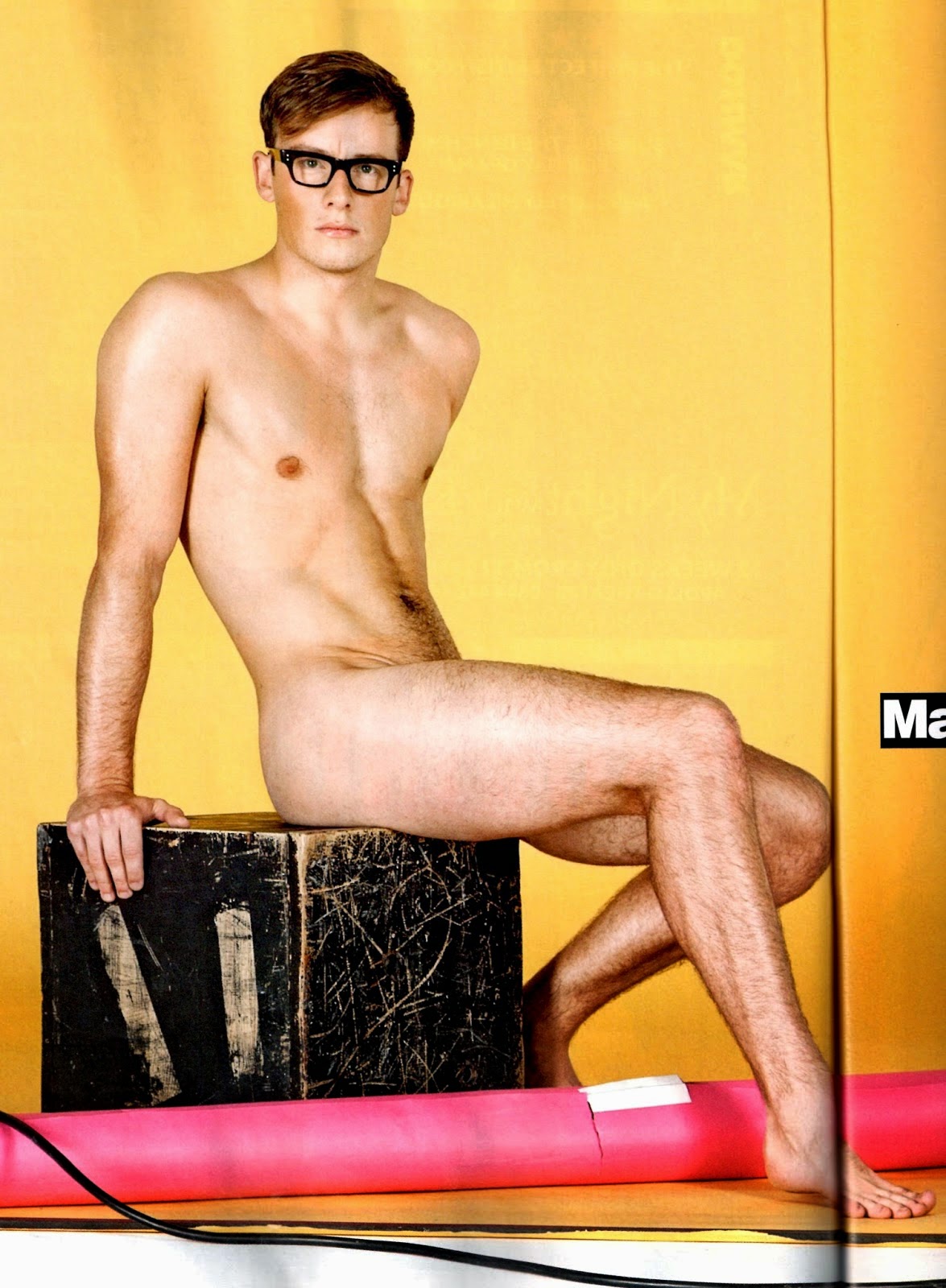 Sweeney Todd by Stephen Sondheim, Hugh Wheeler and Christopher Bond is booking until the 12th of April at the London Coliseum.