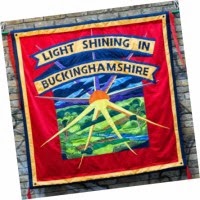 Things would probably be better all round for everyone (especially me) if I could have made this a non-review, but while I was tempted, I didn't leave Light Shining in Buckinghamshire at the interval like so many people. It was probably more the fact that this is the inaugural production from the NT's new team in charge that brought me back, rather than any real faith that the second act might be better (it wasn't.) Caryl Churchill's 1976 play is a look at the English Civil War, specifically one side of it - the Levellers and the peasants who backed them up, ending up with the deposition and execution of Charles I, and the installation of Oliver Cromwell (Daniel Flynn.) Though all fighting on one side, their motivations, religious beliefs and what they ultimately expect from their rebellion vary wildly and, using in part edited transcripts of real debates, Churchill shows us, in great detail, the major and minor points on which they differed, and what they actually got in the end.

So despite a strong cast and an inventive staging, we're still left with a very talky play about events that - while crucial to how British democracy works to this day - aren't presented with any real sense of urgency. It's the sort of play where someone announcing he's going to form a committee is the stuff of cliffhangers.

There's a great idea behind the staging of Lyndsey Turner's production: Es Devlin's set is a huge dinner table, around which the rich dine on vast banquets while the common people suffer in the middle. The huge cast - augmented by a Community Company of unpaid extras, some of them with fabulous hair - has some strong performances: Adelle Leonce is a woman trying to reclaim the word of god for her sex, Joshua James' own religious ecstasy is characteristically funny and memorable, Trystan Gravelle (who's still going with a "lives in a bin behind Lidl" kind of look) is a revolutionary disillusioned after the campaign against Ireland. Ashley McGuire and Alan Williams are affecting as vagrants caught in the middle of this national turmoil, with Steffan Rhodri and Simon Manyonda earnest as Levellers determined their sacrifices for social upheaval won't end in more of the same. 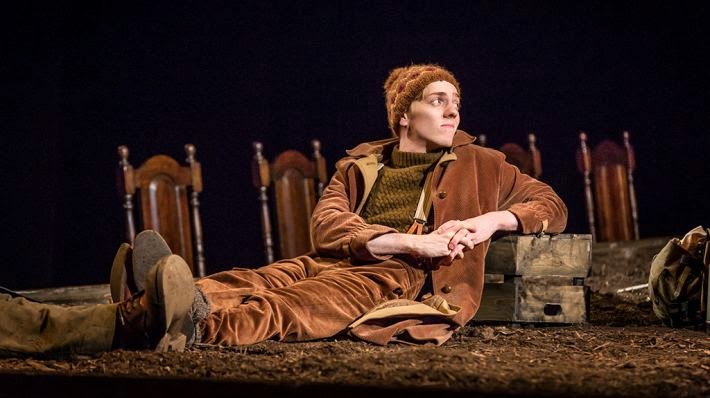 But once you get over the overall conceit, each scene is essentially a static argument. Much as Ian and I joked in the interval that the big song and dance number must be just round the corner, a rousing chorus of "Springtime for Cromwell" never did materialise. The production tries hard to push its topicality - Soutra Gilmour's costumes get increasingly modern as the play goes on - but the history never feels anything other than dry. Only last year, The James Plays in the auditorium next door proved how much more interesting History Plays can be.

Light Shining in Buckinghamshire by Caryl Churchill is booking in repertory until the 22nd of June at the National Theatre's Lyttelton.