Theatre review: Death of a Salesman 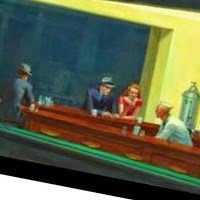 Arthur Miller's centenary year hasn't, so far, resulted in a vast amount of London revivals of his work - they're probably still afraid of comparisons to last year's runaway hit. But a little further afield the First Lady of the RSC, Antony Sher, takes on the title role in Miller's most famous work, and the quintessential American tragedy. In Death of a Salesman Willy Loman (Sher) has worked all his life to pay off a mortgage that's finally about to be completed. But this doesn't coincide with financial security as, now in his sixties and succumbing to dementia, he's no longer the salesman he once was. With all his loyal contacts dead or retired, his long journeys around New England now see him return to Brooklyn empty-handed - and the company's new boss won't be willing to keep him on just for old times' sake.

With both his sons visiting and staying in their childhood bedroom, Willy's memories start to merge with the present as he looks back over his life and wonders what kind of legacy he's leaving the world and his family. 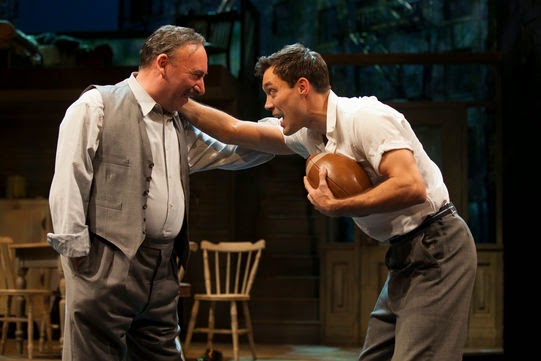 Sher has always seemed to like working with his current real-life partner - back in the 1970s there was the Sonny and Sher show, now it's Gregory Doran who once again directs him. So we're in for a solid production that reveals the play's strengths but never explodes into fireworks. Sher is one of those feted actors whose genius I've never seen myself, but Loman, with his constant self-contradictions and confused outbursts, is at least a role he's well-suited to, the exhaustion at the end of a long life more appropriate here than it was for Falstaff. 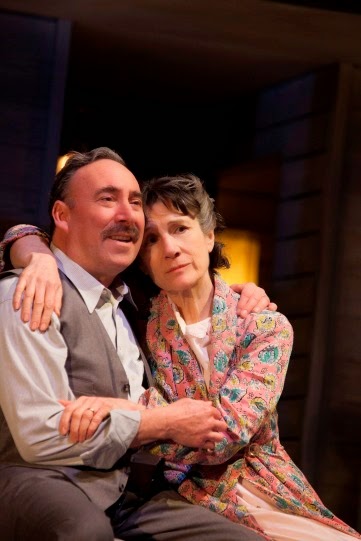 Harriet Walter is gently moving but underused as Willy's wife Linda, as the relationship that's really at the heart of the play is that with eldest son Biff (Alex Hassell,) who's never lived up to the high hopes everyone had for him as a teenager. It's increasingly apparent as it goes on that if this is the tragedy of the American Dream, then it's at least as much Biff's tragedy as Willy's - he's the one whose very normality becomes a curse when everyone in his life tells him he must be extraordinary. 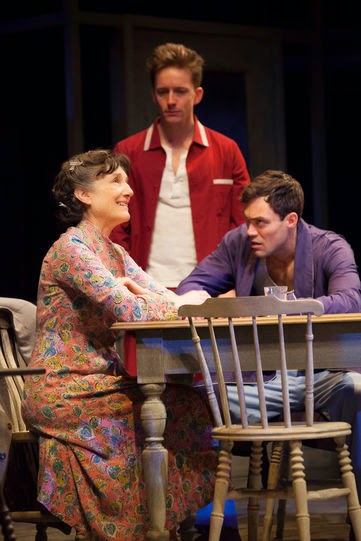 The family unit is completed by youngest son Happy, who similarly hasn't set the business world alight but seems satisfied enough with his rather dubious life of sleeping around with his colleagues' fiancées. Sam Marks is very handsome and charming, which he'd have to be because when we finally see Happy's famous seduction techniques they're a bit rapey to a 21st century eye. But he and Hassell create an interesting dynamic to their pair, some nice body language in the flashback scenes establishing how the promising older brother is in charge, a situation subverted when Biff is lost in adulthood, while Happy is happy in his own skin (and that of half the women in Brooklyn.) 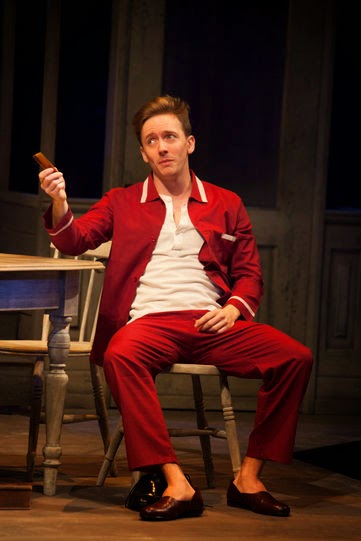 As a contrast to the brothers we have their neighbour Bernard (Brodie Ross,) an awkward teenager who quietly settles into a successful career as an adult. The RST's thrust stage provides a great way to show the Lomans' little house being surrounded by apartment buildings that block out the sunlight, although the weirdly tiny elevator downstage ends up looking like a distracting afterthought in Stephen Brimson Lewis' set. As you'd expect from the current regime at the RSC, this is a solid production but not an essential one.

Death of a Salesman by Arthur Miller is booking until the 2nd of May at the Royal Shakespeare Theatre, Stratford-upon-Avon.