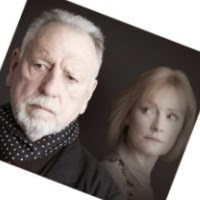 André (Kenneth Cranham) has lived in his Paris flat for decades, but after he's scared off a number of carers his daughter Anne (Claire Skinner) is worried he won't be able to live alone there much longer. She's planning to move to London with boyfriend Pierre (Colin Tierney,) and sending her father to a care home might be the best option. Or maybe she should move André in with them, and get a new carer, Laura (Jade Williams) to look after him during the day? In fact, maybe this has already happened? Florian Zeller's play The Father, which arrives at the Tricycle in a translation by Christopher Hampton and production by James Macdonald first seen in Bath, is a rather extraordinary look at ageing and dementia, that takes us through the story of Anne being increasingly unable to recognise the sometimes charming, sometimes cruel man her father has become. But unlike other takes on the subject, Zeller attempts to give the audience an idea of what the story seems like from inside André's head.

So while in the opening scene we think we know what's going on, by the second it's clear we're getting the father's view of events: The order in which things happen isn't always obvious, and it's possible that what we're seeing is sometimes a confusion of different scenes into one. 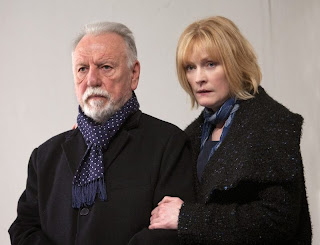 Zeller and Macdonald have a number of clever techniques for making this effect work: At times when André doesn't recognise someone he knows well, they'll be played by a different actor, Jim Sturgeon or Rebecca Charles. And during blackouts, it's not at first obvious that furniture is gradually being removed, turning Miriam Buether's set from slightly pretentious Paris chic to something stark and institutional: We can't even trust that we know what room we're in from one scene to the next. 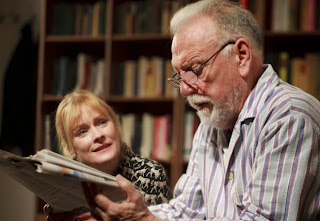 But The Father never feels gimmicky because it's so effectively moving. The attempts to take us into André's confused mind are painfully successful, but there's also warmth in the performances; Skinner is wonderful as the exhausted Anne, who keeps going despite the fact that her father's only interaction with her now is to viciously announce he never loved her; and Cranham sparkles as André flirts with Williams' beautifully warm and patient Laura. I don't know that I'd agree with the play's billing as a black comedy - there's certainly moments of, sometimes harsh, humour, but mostly this is a beautifully constructed, extraordinary little drama.

The Father by Florian Zeller in a version by Christopher Hampton is booking until the 13th of June at the Tricycle Theatre.