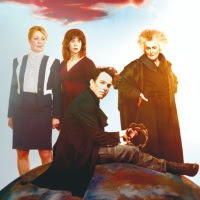 There's many legendary speeches in Shakespeare, which must be nerve-wracking for any actor. Most of them turn up well into the play, and clever choices by directors and actors can even sometimes make them take you by surprise. But Richard III's most famous line, "Now is the winter of our discontent Made glorious summer by this son of York" is the play's very first, so as the lead actor enters, much of the audience will be wondering how he'll deliver it. Some might even know the speech so well they find themselves muttering it under their breath, like a woman in the front row of the Swan did today. A few lines into the speech Jonjo O'Neill turned, smiled at her and said "Yes, that's it. You know it?" It set the tone for what kind of Richard we were in for: Having done his time as a member of the EnsembleTM, O'Neill returns to the RSC as the star turn, to play the Duke of Gloucester as the consummate actor, playing to and flirting with the crowd.

After the opening ad-lib (whether real or planted - One Man, Two Guvnors has made me such a cynic about these things) the lines go back (for the most part) to Shakespeare's but the central performance remains pretty fresh. O'Neill, whose Richard has only the merest hint of the character's famous disabilities (a barely noticeable hump, a slight shuffle rather than a pronounced limp, a black glove on the withered hand) says his performance was partly inspired by South Park's Eric Cartman, an influence that's not just a funny soundbite for an interview but actually very apparent in his coronation scene: He preens and sneaks grins at the audience in his oversized new robes and crown like a child with a new toy he's not going to share. Then he flounces and strops as he uses his new power to turn on his most faithful ally, the Duke of Buckingham (Brian Ferguson.)

This isn't a one-man show though and O'Neill's backed up by the same ensemble currently performing King John, so there's strong support from the likes of Siobhan Redmond as Queen Elizabeth, the character who apart from Richard himself goes through the biggest fall from grace; Pippa Nixon as Lady Anne, here actually seeming to genuinely fall for Richard's charm offensive at the start of the play; and John Stahl as Lord Hastings, one of the king's many victims and as such his decapitated head appears on stage at one point - I did wonder if the sacrifice of his mighty beard was to make it easier to make a cast of his face. Paola Dionisotti once again finds herself in an unconventional interpretation of a role: Her Queen Margaret is unusually fit and sprightly, a commando Margaret who stamps her feet to punctuate each part of her curse. It's an interestingly different way of portraying the character but I must admit I missed the eerie, mystical element she usually brings to the play. 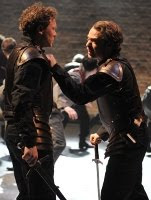 Elsewhere I had mixed feelings about Roxana Silbert's production: There's an emphasis on comedy, most notably in Richard's public show of prayer to get the people to support his claim to the crown; a scene which takes on a slapstick edge on top of Richard's shameless simpering to the crowd. The popular RSC design meme of a bank of bare lightbulbs gets a symbolic meaning here as one bulb drops and glows over the head of any character about to meet a sticky end. Though I've seen the seen the death of the Princes in the Tower dealt with more movingly than here, there is a great moment of Richard approaching their graves to deposit teddy bears - a touch of crassness from their murderer that actually drew audience gasps. And Ti Green's costume design helps give Alex Waldmann's Catesby a little character journey in the background, his geeky underling taking the opportunity of Buckingham's defection to take his place as Richard's right-hand man. 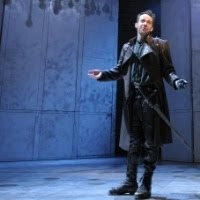 On the other hand, for much of the time this isn't the most visually interesting production, with some scenes bordering on the static, the play's gory side rarely exploited, and the mixed modern/medieval design not really adding much. The central performance aside I don't think much of this will stay with me. Of course in a play like Richard III that central performance is key, and O'Neill got an enthusiastic standing ovation at the end of his.

Richard III by William Shakespeare is booking in repertory until the 15th of September at the Swan Theatre, Stratford-upon-Avon.