PREVIEW DISCLAIMER: The second press night for Jumpy is next week. 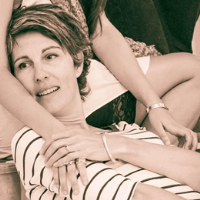 Almost all of the original Royal Court cast of Jumpy from last year have returned for this, the second transfer to take up residence at the Duke of York's Theatre. Still, Nina Raine's production may take a couple of days to settle into its new home, and seemed to me to be starting a bit sluggishly tonight. I'm sure it'll have found its feet again by the end of the week and in any case once it hit its stride April De Angelis' occasionally dark comedy of a mother and daughter sparks into the entertaining show I remembered enjoying so much the first time. Hilary (Tamsin Greig) is 50 and feeling as if she's about to lose everything. Her job's in danger, her marriage to Mark (Ewan Stewart) is stagnant and, in the play's central relationship, her teenage daughter Tilly (Bel Powley) seems to hate her guts.

Greig's central performance remains both very funny and affecting as Hilary is not only overwhelmed by her daughter seeming to go off the rails, but struggles to reconcile how trying to control her fits in with her feminist principles. She has wonderful support from one-to-watch Powley as the spiky teen with an answer for everything but a fear of her own growing maturity that is clear through the bravado. I'm not sure the play would have been the same without Doon Mackichan, who also returns as Hilary's growing-old-disgracefully friend Frances - anyone who saw Jumpy the first time round will know what I'm talking about when I mention The Routine, and it brings the house down again now. 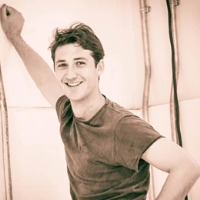 Jumpy didn't quite make my Top 10 list of 2011, partly because I could never be sure if I remembered it so fondly because of Michael Marcus, who played Cam, a frequently-undressed young man who shakes things up late in the play. Unfortunately Marcus is one of the cast members not to return, but at least this means I can take a fresh look at the play without that distraction I guess. Ben Lloyd-Hughes, who takes over the role, is hardly horrific to look at either (and he follows his brother Henry, who starred in the previous show Posh, into the Duke of York's.) Also joining the cast is Amanda Root in the small but memorable role of Bea, the somewhat terrifying mother of Tilly's boyfriend Josh (James Musgrave.) Richard Lintern as Josh's father and Seline Hizli, again a scene-stealer in a small role as Tilly's pregnant friend, complete the cast.

This is apparently selling well already and deserves to be a hit, properly entertaining but with some understated pauses for thought is a combination we could do with more of in the West End. Ultimately I think I was right to keep it just out of my Top 10 last year, as the second act, although more emotionally involving, goes on a bit too long and hits the same emotional notes a couple of times (and the scene with the gun really feels like it's come out of a completely different play.) But the faults are outweighed by a lot of interesting characters being brought to life but a strong cast, and a quietly powerful central performance from Greig.

Jumpy by April De Angelis is booking until the 3rd of November at the Duke of York's Theatre.

Running time: 2 hours 35 minutes including interval (but I suspect it'll run a bit shorter by the end of previews.)
Posted by nick730 at 23:05