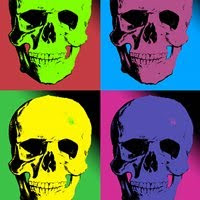 It's a mini-revival for Thomas Middleton in London at the moment (even if the National have erased his name from the Timon publicity.) The Old Red Lion, a fairly under-the-radar pub theatre that's been raising its game recently, now attempts an ambitious rep season, doubling up a tiny cast across two Jacobethan classics - Middleton's The Revenger's Tragedy makes up half of the programme (paired with the ubiquitous Henry V.) Vindice's wife and father are dead, and he blames the corrupt Duke and his family. Together with his brother Hippolito, he plots an elaborate revenge that sees him disguise himself as a henchman to the Duke's son Lussurioso. Meanwhile the royal family's own deadly machinations against each other mean they're doing much of the revenger's job for him.

The Revenger's Tragedy is a swirl of bloodshed and sexual deviancy that sees a brother swearing to corrupt his sister, the wrong person's head being chopped off, Vindice being hired to kill one of his own alter egos, and a convoluted plot to murder the Duke by pretending the poison-coated skull of the dead wife is a living woman (and then they just stab him anyway.) It's not too surprising, then, that director Nicholas Thompson has gone all-out with a black comedy approach. The Duke and his heirs become a 1980s East End crime family and this backdrop adds an extra touch of the ridiculous to the OTT shenanigans. 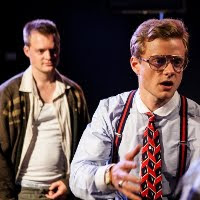 Mark Field is unrecognisable from The Conquest of the South Pole (he's actually quite cute here, and doesn't look like a potato) as well as getting a better role to play as the titular Vindice, reveling in his disguises and schemes. I really couldn't make my mind up about Jack Morris as Lussurioso - a lot of the time I found his wannabe mafioso way too broad a performance but on the other hand I quite often found him properly funny. With only one woman in the ensemble of six (Christine Oram, playing a Dot Cotton-esque Gratiana plus the Duchess and a couple of other roles) there's one instance of cross-dressing, Nicholas Kime as the virginal Castiza working out to a Jane Fonda video, and the company seem to have taken a leaf out of Propeller's book in this regard, the cross-dressing is successfully understated and the initial comic element of seeing one of the actors in drag quickly becomes irrelevant. 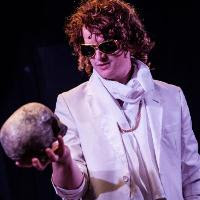 The 1980s setting is a lot of fun but I'm not convinced Thompson found any relevance to the story in it; and although it seems churlish to pick out anachronisms in a show that's clearly making a small budget go a long way, when the period setting is as in-your-face as this it's hard not to notice inaccuracies like widescreen TVs, a 1980s Walkman with 21st century headphones, and a mobile phone smaller than a Mini Cooper. The interval placing's a bit odd too, but for all these minor gripes I found this overall a very enjoyable, well-performed production that rewards the ambition of trying to put on a classical rep season in a fringe venue. The vast amount of role doubling required is just about pulled off (Kime having to play both the youngest son of the Duke, and the youngest son of the Duchess from an earlier marriage, is the biggest strain on storytelling clarity but ultimately doesn't become a huge problem.) But perhaps the best thing about it is that, unlike some overly respectful productions of Jacobean revenge tragedy that I've seen, this Revenger's Tragedy revels in the story's bloodthirsty ridiculousness, letting the actors have a fun ride and take the audience along on it.

The Revenger's Tragedy by Thomas Middleton is booking in repertory until the 29th of September at the Old Red Lion Theatre.