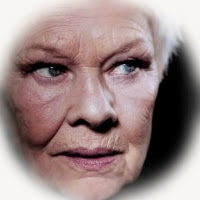 PREVIEW DISCLAIMER: I don't recall booking to see this during the preview period, but apparently I did, and the critics aren't being invited in until next week. 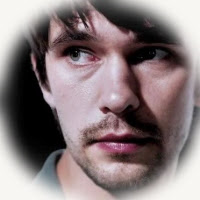 The second in Michael Grandage's 14-month residency in the West End is the only new play, reuniting him with the author of the hit Red, John Logan. Once again this is a fictionalised look at real historical figures, Ben Whishaw and Judi Dench playing the real-life inspirations for the immortal literary characters Peter and Alice. Or Q and M, as Logan was also one of the writers of the most recent Bond film Skyfall, and this play reunites him with two of the franchise's stars.

Lewis Carroll's Alice and J.M. Barrie's Peter Pan were each based on several children, but they were inevitably identified mostly with the ones who gave them their names. When the 80-year-old Alice Liddell Hargreaves (Dench) had to sell her original Alice in Wonderland manuscript, a promotional event saw her briefly meet Peter Llewelyn Davies in a London bookshop. In Logan's imagined version, at first Peter doesn't tell Alice his full name as he's interested in securing her memoirs for his publishing company. But once she realises the unique connection between them, they begin to discuss their relationships with the writers who created their alter egos, and eventually the way their fictional counterparts have haunted their whole lives. Christopher Oram's design changes from the grubby bookshop back room to a giant toy theatre that echoes Wonderland and Neverland, and brings not only Carroll (Nicholas Farrell) and Barrie (Derek Riddell) on stage, but also the fictional Alice (Ruby Bentall) and Peter Pan (Olly Alexander) to ask where it went wrong when the children who never grew up, grew up. 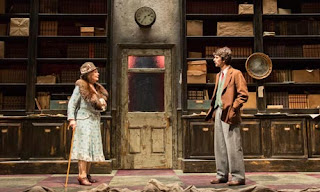 I had some knowledge of Peter Llewelyn Davies' fate and had been told Alice Liddell's was similarly touched by tragedy, so had been prepared for something rather bleak, and this is really what we get. Logan's characters see childhood as the only happy time in life, their main difference of opinion being in Peter's opting to wallow in despair, versus Alice living out happy memories of her real childhood and the immortality of her fictional one. The rumours of inappropriate relationships between the two authors and their young friends are touched upon, but pretty much dismissed. The performances from the big-name leads as well as the rest of the cast are everything you might hope for, but I was left unconvinced by the play itself, which is very wordy and, in its central half-hour especially, gets very flabby, repeating ideas long after the audience has got Logan's point. And, apart from the suicide of Peter's younger, probably gay brother Michael (Stefano Braschi,) both Peter and Alice's tragedies were largely caused by the First World War, which affected millions in the same way, so the play doesn't make a convincing case for why these people's unique childhoods influenced their later lives.

Oram's sets are another star of the show, although I thought they did a good enough job in themselves of presenting a somewhat haunted version of a fantasy world, without the need for Paule Constable's lighting to lay on the shadows so thick that it's hard to see the actors' faces. I took three people along with me and we were pretty split in our responses; Jan was impressed by the play but Ian objected to its unrelentingly bleak outlook, while Phill was somewhere in the middle. For me, this was disappointing.

Peter and Alice by John Logan is booking until the 1st of June at the Noël Coward Theatre.