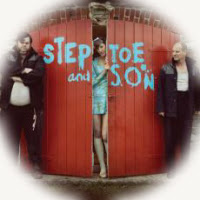 Galton and Simpson's TV comedies seem to be endlessly popular as material for remakes, whether back on TV like Paul Merton's Hancock reboots, or on stage like this latest Steptoe and Son from Kneehigh. The justification is usually that the original scripts deserve to shine, and prove that they're works of comic genius even without the familiar casts people grew to love. The 50-year-old Steptoe and Son is particularly beloved, the theme tune, surely Ron Grainer's second most famous, is practically synonymous with classic sitcom (but actually barely makes an appearance here.) The story of two rag and bone men is acclaimed not just for its humour but for its underlying melancholy, darkness and humanity: Harold Steptoe longs to escape a life of buying and selling rubbish, but his mutually dependent relationship with his filthy, elderly father Albert keeps sucking him back in.

Emma Rice has adapted four of the original scripts into one show - "The Offer," "The Bird," "The Holiday" and "Two's Company" - and has avoided aping the original TV show's style. Unfortunately the musical, movement-based Kneehigh style she's imposed on the stories is a poor match to the material. The addition of music or dance interludes messes with the flow, and there's zero comic timing on display, every single line robbed of its rhythm. It doesn't in the least bit help that almost all of the verbal sparring between Mike Shepherd's Albert and Dean Nolan's Harold is underscored by plaintive music (by Simon Baker) at odds with the dialogue. 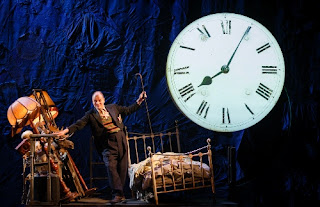 Shepherd has a few amusing moments in his performance but Nolan is almost entirely stuck with using his weight for comic effect - the idea that an obese man can do some surprisingly athletic moves is only mildly funny to me the first time, it certainly isn't enough to keep a whole show going. And being quite so in-your-face about the violence and sadness underneath the comedy is surely doing the scripts a disservice, it strips them of a layer of subtlety. Galton and Simpson, in fact, manage to come out of the whole mess unscathed - there are laughs to be had when the cleverness of a joke's construction comes through even Rice's determined efforts to suck the joy out of it. And stripping away the laughs hasn't, ultimately, succeeded in heightening the pathos, as there's not enough chemistry between the actors to care about their characters. 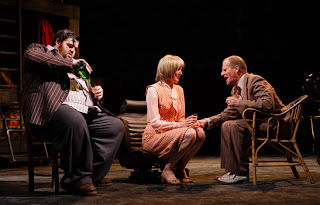 The show is framed by a nameless woman, her clothes changing as the years pass, even as the Steptoes' situation remains the same. It's a pretty thankless role for Kirsty Woodward; her skimpy outfits and bum-flashing are presumably a commentary on the treatment of women on TV in the 1960s and '70s, but it comes across more like the kind of un-ironic "dolly-bird" treatment it's referencing. At least in the second act she's actually allowed to speak, taking on roles in the final two episodes, although in one of these she's playing a man. Re-imagining a classic can bring great results but this is a joyless, lifeless interpretation.

Steptoe and Son by Ray Galton & Alan Simpson, adapted by Emma Rice, is booking until the 6th of April at the Lyric Hammersmith, then continuing on tour to Cardiff.