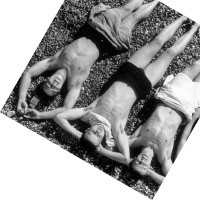 The Rattigan revival remains in such full swing it seems insane he vanished from the stage for so long. And given how well plays like French Without Tears hold up, it feels downright criminal. The playwright has a knack for understated heartbreak but while there's glimpses of that here, we're mainly in full-on, mischievous comic mode. The setting is the rural French home of Professor Maingot (David Whitworth,) where young Englishmen - usually those hoping to become diplomats - can spend a few months learning the language from him and his daughter. Kenneth (Patrick McNamee,) nicknamed Babe as he's the youngest, has brought along his sister, and she's caused a stir among the other students. As the story begins she's swearing love to Kit (Joe Eyre,) but when Bill (William Belchambers,) a Navy Commander joins their class, he catches her eye too.

The flirtatious Diana (Genevieve Gaunt) proceeds to string both men along, convincing each of them that the other is a bore to her. But another student has plans to stir things up. 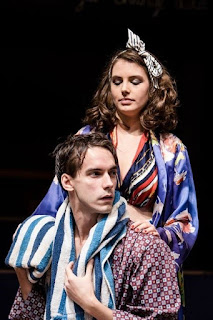 Diana may be the focal point of everyone's interest but the dominant presence is the waspish Alan (Alex Bhat,) a wannabe Machiavellian figure who snipes from the sidelines and tries to make Kit realise Diana doesn't feel the same way as he does. But his protestations of being immune to her charms himself get tested when he ends up in the middle of the triangle. 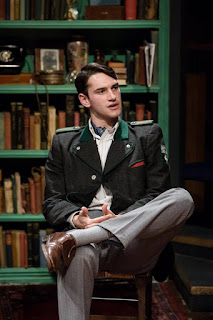 Paul Miller's production is, to put it simply, just lovely. Rattigan's script is packed with good jokes from the precociously sexual Diana and the men who stumble after her charms. And having a character speak French in a clumsily broad London accent may be an old joke but Tom Hanson's Brian is endearingly oafish enough for the gag to work every time. 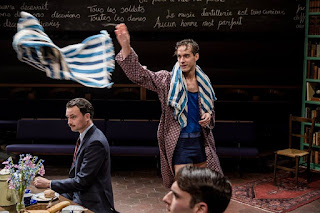 But there's a bittersweet undertone to the comedy as well, as Kit's infatuation with Diana leaves him blind to the fact that Maingot's sweet, intelligent daughter Jacqueline (Sarah Winter) is in love with him. And in a couple of storylines that can be played more overtly now that they presumably were in 1936, Alan's concern that Kit not be hurt comes from caring about him in a way that may be more than friendship; while Alan himself is oblivious to the feelings young Kenneth obviously has for him. 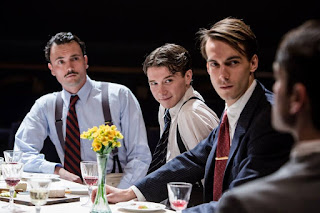 So there's an effortless emotional depth to what also functions perfectly as a joyous, sometimes silly romantic comedy. A show that put a smile on my face from the start and kept it there to the end, recommended and well worth the trip out to Richmond.

French Without Tears by Terence Rattigan is booking until the 21st of November at the Orange Tree Theatre.