Theatre review: Henry VI (The Wars of the Roses at the Rose Theatre, Kingston)

I don't know why, but I just get the impression that Trevor Nunn favours the white roses. 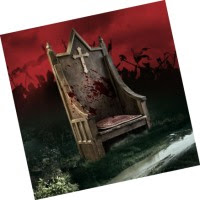 A Shakespearean epic in Kingston (Jamaica? No, she went of her own accord) as Trevor Nunn looks back at one of the most famous productions from the RSC's history - The Wars of the Roses. John Barton adapted the second tetralogy (first in order of writing) of Shakespeare's Histories into a trilogy, combining the three Henry VI plays into two, and topping off the event with Richard III. Nunn credits Peter Hall's original production with inspiring his own theatrical career, and so revives the sequence as a tribute both to him, and to Barton's editing work. The trilogy has been slightly overshadowed, deservedly, by controversy, as Nunn has deliberately eschewed colour-blind casting, claiming on the one hand that an all-white cast is more historically accurate, and on the other that audiences will find it easier to follow the complex family trees if all members of a family are the same race.

For the latter point, I would personally find it easier to differentiate between the various gruff, grey-bearded men named after English counties if they looked a bit less alike, but maybe that's just me. As for historical accuracy, if Nunn really was after that he shouldn't have used Shakespeare's version of events in the first place. 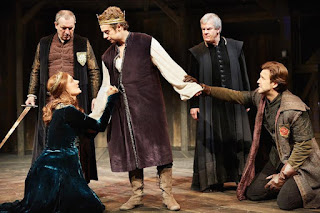 Controversy aside, we begin with Henry VI and a pretty disastrous opening to a 9-hour event as an out-of-his-depth Rufus Hound as John of Bedford wails and bellows at the funeral of Henry V. Happily, his character is soon dispatched with, but there's definitely an old-fashioned feel of declamatory bombast to the proceedings. One of the reasons I wanted to see the shows was the casting of Alex Waldmann, and once he appears as the titular boy king he brings a much-need touch of naturalism that lightens things up considerably. I think it's a pretty widely-held opinion that after a bit of a shaky start Waldmann has become one of our best Shakespearean actors; here it becomes obvious that he's also becoming one of those actors who makes everyone on stage with him raise their game. 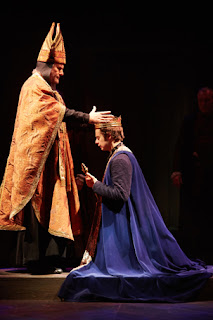 The first half of this play is largely concerned with the recurrence of troubles in France, as the Dauphin (Kåre Conradi) gets a surprising ally in Joan of Arc (Imogen Daines,) a formidable force in battle and, with NUNNSTORICAL ACCURACY, a Frenchwoman with a Norfolk accent. But the early rifts between the branches of the royal family are starting to show: The Duke of York (Alexander Hanson) covets power himself, citing a claim going back to Richard II. His Yorkist faction - white roses - in-fight with the pro-Henry Lancastrians - red roses - while the king fails to spot the tension under his nose.

Barton's edit of Shakespeare's text definitely does present a clean telling of the story and shifting factions, but while Nunn's production is crisp and uncharacteristically brisk, it lacks atmosphere. It's particularly noticeable in the thread of the supernatural that runs through the play: Far from a virginal saint, Shakespeare's Joan is a libidinous witch, while the Duchess of Gloucester (Alexandra Gilbreath) communes with demons to get (misleading) prophecies of whether her plots will work. But there's a bland matter-of-factness to how these strands play out. 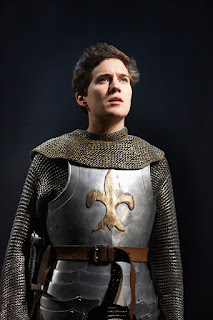 Lighter touches are also in short supply: Waldmann provides some in the childish enthusiasm of Henry's early days as king, but outside of that only the running joke about Margaret of Anjou's (Joely Richardson) father having a dubious claim to being king of Jerusalem, lightens the mood. After a dodgy start Henry VI does open up into something a bit more natural, but a whiff of Heritage Theatre remains to make the latter parts of the play a bit of a slog.

The Wars of the Roses: Henry VI by William Shakespeare, adapted by John Barton with Peter Hall, is booking in repertory until the 31st of October at the Rose Theatre, Kingston.