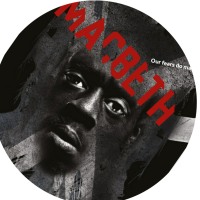 Playing Shakespeare is the Globe and Deutsche Bank's annual education programme tying in with the GCSE curriculum, creating 90-minute productions aimed at teenagers. Tickets are exclusively given free to schools, and while it's not entirely impossible for regular audience members to get hold of them - I know people who've raved about past productions' playful, irreverent tone - I've never managed to get round to one. Now this year's production, which played in February and March just before the theatres closed, is the latest addition to the Globe's online offerings on YouTube. Ekow Quartey plays the title role in Cressida Brown's modern dress production of Macbeth, as the previously loyal Scottish general whose ambition is fired up by a supernatural prophecy, kills the king and steals his throne, only to find that having unleashed his inner darkness he becomes a tyrant with enemies everywhere. 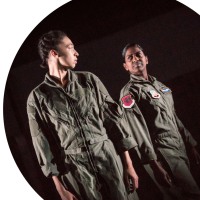 I didn't so much miss Deafinitely Theatre's revival of Grounded when it played at Park Theatre as actively choose not to see it: Not out of any dislike for the company, but because it was only two years since I'd seen the UK premiere of George Brant's monologue, and I knew there was no chance I could realistically watch another version without comparing it to Lucy Ellinson's extraordinary performance. Even another five years down the line it's hard to feel entirely unbiased towards Paula Garfield's production, despite it inevitably having its own identity because it makes the one-woman show a two-hander, or perhaps two one-woman shows happening concurrently: As part of Deafinitely's aim to produce shows that can be enjoyed together by D/deaf and hearing audiences, Nadia Nadarajah performs The Pilot's lines in BSL, while Charmaine Wombwell provides the English language version. 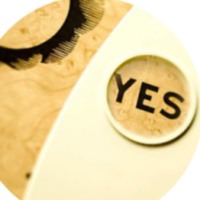 One of the first shows in my diary to get cancelled because of lockdown was the latest revival of Noël Coward's Blithe Spirit, but as with so many things the BBC comes to the rescue, with a 2008 radio adaptation by Bert Coules returning to the BBC Sounds app. Roger Allam plays Charles, the novelist who hires a local medium in order to copy her language and mannerisms for a fraud in his upcoming book; but Madame Arcati turns out to be the real thing, and after playing her favourite song in the room where she died, his first wife Elvira's (Zoë Waites) ghost materialises. Unfortunately for Charles, only he can see her, which causes much confusion with his second wife Ruth (Hermione Gulliford,) and soon a rivalry causes chaos in the house between the two wives, one of whom is dead, and possibly turning homicidal. 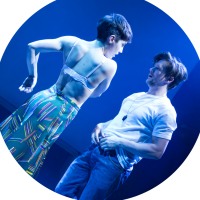 Remember that time when Will Self was a team captain on Shooting Stars? It's a thing that actually happened (I googled it and it's definitely not just something I dreamed) but feels about as surreal and unlikely as one of the novelist's plots. Great Apes is one his best-loved books but also one based on one of his most bizarre and complex high concepts; essentially unstageable, which in some ways makes it inevitable that someone would attempt to stage it. Two decades after the book's publication the Arcola gave it a go, and director Oscar Pearce has shared an archive recording of the 2018 production to add to the list of lockdown theatre available. Over the millennia human beings have found their way to the top of the evolutionary tree, and with dominance comes a sense of superiority and the assumption that our instincts and behaviours are the ones that make sense.