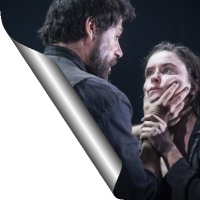 After joyless South African director Yaël Farber royally shat the bed at the National a few months ago, she was lucky to have her next London gig already lined up, or I don’t think we’d have seen her here again for some time. In any case I saw her production of Knives in Hens at the Donmar as giving her a last chance before deciding if I just don’t see what others apparently see in her, and putting her on the same shelf as Samuel Beckett. David Harrower’s play is set in a non-specifically pre-industrial North of England, a place dominated by work and a combination of austere religion and superstition. Judith Roddy plays an unnamed Young Woman (significantly, only one person in the play gets to know her name,) married to ploughman Pony William (Christian Cooke,) so called because he may or may not fuck his plough-horses. 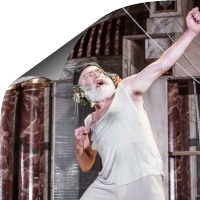 It's likely to be overshadowed very shortly by Ian McKellen's return to the title role, but the Globe's production of King Lear delivers a clear, if not particularly distinctive telling of the story. Kevin R McNally plays Lear, a king who decides to go into retirement, hoping to maintain all the perks of rule with none of the responsibilities. It doesn't work that way though, as he discovers when he divides his kingdom between his older daughters Goneril (Emily Bruni) and Regan (Sirine Saba,) cutting off his youngest Cordelia (Anjana Vasan) when she fails to flatter him to his liking. Inevitably he finds he's trusted the wrong daughters and as his mental and physical health start to deteriorate he's cast out into the wilderness, while around him storms rage and England breaks out into civil war. 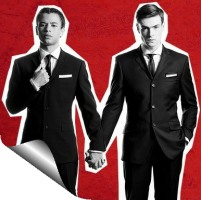 What Joe Orton did to farce in What The Butler Saw, he does to black comedy in Loot: Deconstruct the genre by taking it to its logical extreme, so we get jokes about rape and child prostitutes, and the naked corpse of an old woman being unceremoniously dragged around the stage. But despite being the first UK staging to restore Orton’s original text with all the censored stuff back in place, what Michael Fentiman’s 50th anniversary production ends up most memorable for is the sharpness of the dialogue. McLeavy’s (Ian Redford) wife died three days ago, and her body is laid out for the last time in their house. Last night his son Hal (Sam Frenchum) robbed a bank with his best friend/boyfriend Dennis (Calvin Demba,) and the loot is stored in a cupboard. Then Inspector Truscott (Christopher Fulford) arrives, demanding to search the house. 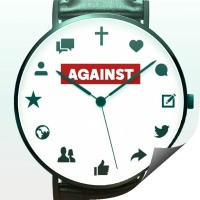 2008’s Now or Later has made me look forward to Christopher Shinn’s work, but so far none of his other plays have lived up to that one for me. His latest premieres at the Almeida in a production by Ian Rickson, and tries to deal with huge issues of faith and the human capacity for violence, as a self-made billionaire believes he’s been given a message from god to go out into the world and solve America’s violence problem. Ben Whishaw is no stranger to playing messianic figures so he’s a natural match to Against’s protagonist Luke, a tech and aerospace giant who leaves behind all his companies when he claims to have been given a divine message to “go where the violence is.” He interprets this vague missive as meaning he should travel to the scenes of violent crimes and stay there long after the press have moved on to the next story, collecting feelings and reactions from the survivors and compiling their stories on a website. 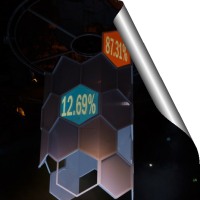 Although the current policy at the Dorfman is not to play shows in rep, Mosquitoes gets a bit of a break as another show uses its in-the-round set to tell a different kind of story – although there’s still buzzing insects involved, as The Majority’s design (by Jemima Robinson) features a lot of bees and honeycomb motifs. It’s the latest play by Rob Drummond, aka that bloke I shot that time, who keeps an audience participation element but spreads it out equally this time: The last few years have been marked by hugely impactful votes on binary, not always well-defined choices, and this is the structure The Majority is based around. As with the recent Terror, every audience member is given a keypad which will record their vote on a number of yes/no questions posed by Drummond. Most of them will serve to give an idea of the audience’s moral position but a couple will affect where his story goes and how it’s told. 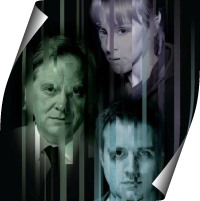 Not actually the story of Mr and Mrs Gling’s son Daniel, Abigail Hood’s Dangling is inspired by missing persons stories, and particularly by the families left behind, not knowing if they’ll ever have closure on what happened to their loved one. Hood herself plays Charlotte, a prostitute hired by Greg (Jasper Jacob,) to dress up like his missing teenage daughter. He doesn’t actually want sex from her, but his actions don’t exactly help quash rumours that his daughter ran away because he abused her; nor does an accusation by some of her friends, whom he claims he was only talking to as a way of feeling close to the missing Carly. The real reason for Carly’s disappearance is never revealed, and Hood’s play leans towards Greg’s innocence, but these London-based scenes alternate with another story set in Oldham, and here the reason why a young girl might want to vanish without a trace is made all too clear. 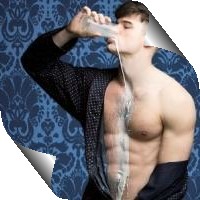 Right now you can bookend Kevin Elyot’s playwriting career by travelling one stop on the Victoria Line: As the run ends on his final play, Twilight Song, in Finsbury Park, over in Islington the King’s Head revives his 1982 debut, Coming Clean; and taken together they do make it look like My Night With Reg was, if not a fluke, at least an outlier. American writer and lecturer Greg (Jason Nwoga) and lazy wannabe writer Tony (Lee Knight) have been together for five years and are happy together if a bit set in their ways. These ways do include a bit of extramarital action, though – we’re in the pre-AIDS era here and they’ve got an agreement that they can sleep with other people as long as it’s confined to one-night stands. This gets complicated when they hire an unemployed actor, Robert (Tom Lambert) as a house cleaner, and Greg’s apparent impatience with him conceals an attraction. 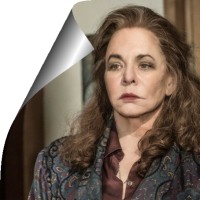 Add to the list of things I never realised I needed to see: Alicia Florrick’s mom, Martha Jones, Fit Dad and my first Malvolio, all on stage together. Plus the woman who woke Peter Hall up from his nap that time, although she’s got a bit better at the acting since then. Following The Pride a couple of years ago, Jamie Lloyd revives another Alexi Kaye Campbell play at Trafalgar 1, with Stockard Channing taking on the role of esteemed art historian and 1960s political activist Kristin in Apologia. The setup is the well-worn dinner-party-from-hell format, as Kristin hosts family and friends to celebrate both her birthday, and the publication of her latest book, also titled Apologia. This one’s marketed as a memoir of her life, which makes the fact that it doesn’t even mention the existence of her two sons (both played by Joseph Millson) an omission which seems to distill their relationship. 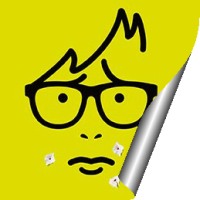 After an initial run in Leicester, where Sue Townsend’s much-loved series of books is set, Jake Brunger (book and lyrics) and Pippa Cleary’s (music and lyrics) musical version of The Secret Diary of Adrian Mole, Aged 13 ¾ has been rewritten and now lands at the Menier Chocolate Factory with an eye on giving Matilda a run for its money. And it could well manage it as Cleary, Brunger and director Luke Sheppard have pitched the show between nostalgia for the adults and silliness to keep kids occupied, in a production that kept an audience of both captivated this afternoon. On January 1st 1981 Adrian (Benjamin Lewis, alternating with Ilan Galkoff and Samuel Menhinick) decides to start the titular diary for what will turn out to be an eventful year, as his parents Pauline (Kelly Price) and George (Dean Chisnall) separate after Pauline has an affair with the next-door neighbour. 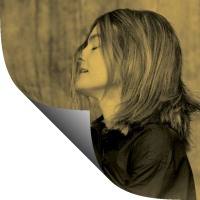 If a Meat Loaf jukebox musical at the ENO seemed like the summer’s most eccentric bit of programming, how about a Bob Dylan jukebox musical at the Old Vic? Conor McPherson writes and directs Girl from the North Country, which I hadn’t initially planned to see but some very interesting casting convinced me otherwise. Cast mostly with actors-who-can-sing rather than predominantly musical theatre actors, I already knew the likes of Sheila Atim, Bronagh Gallagher, Jack Shalloo, Debbie Kurup, Michael Shaeffer and Karl Queensborough could sing, but there’s also a number of pleasant surprises in a show that, music aside, I didn’t quite know what to make of. Set in Depression-era Duluth, the story centres on a guest house run by Nick Laine (Ciarán Hinds,) whose wife Elizabeth (Shirley Henderson) has early-onset dementia, and whose main relief from the financial and personal pressures he faces is an affair with one of his guests, Mrs Neilsen (Kurup.) 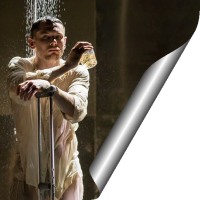 In a Young Vic production that, for the first time, skips the Young Vic entirely and goes straight to the West End (and its prices,) the theatre follows up Benedict Andrews’ revolving Streetcar Named Desire with another of the most famous Tennessee Williams plays, Cat on a Hot Tin Roof. We’re still in a sweltering part of the American South (Tennessee itself, this time,) but unlike most Williams characters nobody here is strapped for cash: Big Daddy (Colm Meaney) owns the largest plantation in the state, and his whole family have gathered to celebrate his 65th birthday. What most of the family knows but he doesn’t is that this is his last birthday: The tests he was told came back negative actually revealed he has terminal cancer and very little time left. We see the action from the perspective of alcoholic younger son Brick (Jack O’Connell) and his wife Maggie (Sienna Miller.)