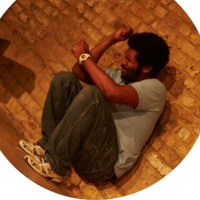 My last visit to the Bridge Theatre's initial season of monologues is to another tale of the precarious life of an immigrant seeking asylum in the UK, and after the religious persecution behind An Evening with an Immigrant, Zodwa Nyoni's Nine Lives gives us a man fleeing the country of his birth because it's dangerous for him to be gay there. But while his sexuality forms part of what he's looking for, as with Inua Ellams' play the need for somewhere to belong is a more important element of the story than what he's running away from. Ishmael (Lladel Bryant) has fled Zimbabwe after his relationship with another man was discovered; he tries to contact David, who left before him, but his ex seems to be ignoring all his Facebook messages.
Read more »
Posted by nick730 at 22:09 No comments: 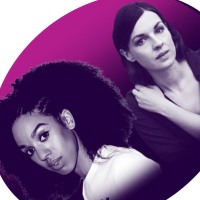 It's no surprise if one of the most prolific playwrights working today is among the first out of the gates with a new Covid play, nor that James Graham has approached the subject with a sharp political focus but from a highly original direction. Bubble is playing for three performances only at Nottingham Playhouse, with a socially distanced live audience and everyone else able to buy a pass to watch one of the performances on Zoom. Micro-pub owner Ashley (Pearl Mackie) and teacher Morgan (Jessica Raine) are buzzing after having been on a great first date, the first successful one for either of them in a long time. Then lockdown laws are announced and they have a very reckless thought: What if they went into isolation together and found out just how accurate those great first impressions were?
Read more »
Posted by nick730 at 22:26 No comments:

Stage-to-screen review: The Boys in the Band 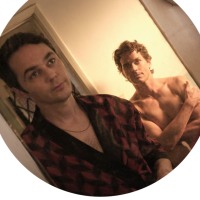 Last seen in London four years ago, Mart Crowley's seminal 1968 gay play The Boys in the Band got a Broadway revival in 2018, which responded to the calls to let gay actors be the first choice to play gay roles by using an all-openly gay cast. Given that's something clearly close to TV mogul Ryan Murphy's heart as well, it's not too surprising that he's behind a movie adaptation of Joe Mantello's production that was released as a Netflix original a couple of weeks ago. Michael (Jim Parsons) is hosting a birthday party for Harold (Zachary Quinto,) the only member of his friend group who can rival him for bitchiness. Five more of their friends have been invited, and two unexpected guests also arrive, with one of them, Michael's straight former college roommate Alan (Brian Hutchison,) dredging up such strong self-loathing emotions in the host that he goes on an emotionally destructive rampage.
Read more »
Posted by nick730 at 17:34 No comments:

Theatre review: An Evening with an Immigrant 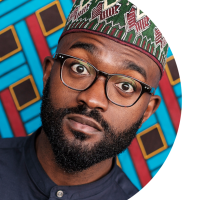 Another trip to the Bridge Theatre's monologue rep season while I still can, and an artist who's become a firm favourite at the National, and who started working there while the current Bridge team were running it; though as An Evening with an Immigrant reveals, Inua Ellams might have more to thank Nick Starr for than just his big break. The story of his and his family's attempts to be made permanent, legal UK residents, which has taken more than half of his life so far, the blurb warns that there's some crossover with Ellams' breakthrough show The 14th Tale, but that was long enough ago that I don't remember much detail - there's passing mention here of Ellams' twin sister, who I think was a much bigger element in the earlier story. Here the focus is more on Ellams himself and his parents - with a Muslim father and Christian mother, the family manages to live harmoniously with their religious differences.
Read more »
Posted by nick730 at 22:57 No comments: 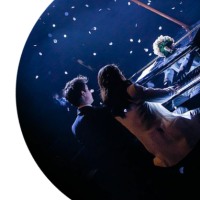 When The Last Five Years originally ran at Southwark Playhouse in March it became my first show this year to fall victim to illness - although that was because the performance I'd booked was cancelled due to non-COVID-related cast ill health. There was no time to reschedule before it joined the rest of the UK's theatre in limbo, but with socially-distanced performances inching their way back to the stage it was an obvious candidate to make a return: Jason Robert Brown’s musical features a bubble-friendly cast of only two, who barely even have to interact as they inhabit the same story, but almost never at the same time: Jamie (Oli Higginson) takes us through his five-year relationship with Cathy (Molly Lynch) from the excitement of realising he might have met the "Shiksa Goddess" of his dreams, through their marriage and up to the point of him leaving her a letter asking for a divorce.
Read more »
Posted by nick730 at 22:31 No comments: 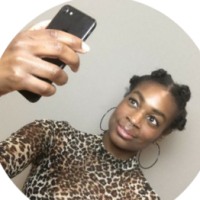 A quick roundup of a series of very short pieces courtesy of the Bush Theatre, which posted a new YouTube video every few weeks over the summer as their contribution to keeping theatre in people's minds and lives over lockdown. And lockdown is very specifically the theme of most of the Monday Monologues, beginning with Skype d8 by Travis Alabanza, in which Ibinabo Jack plays a woman fretting over what to wear for a virtual date with a man she'd only met a couple of times in person. It's frantic and funny as Jack's character recognises the ridiculousness of how much time she's spending making a good impression on Skype, but it does reveal an underside about how the starkness of having to deal with people virtually makes people feel exposed in a way face-to-face communication smooths out. The Bush's artistic director Lynette Linton directs most of the videos including this and the second, Shaun Dunne's Beds.
Read more »
Posted by nick730 at 22:02 No comments: 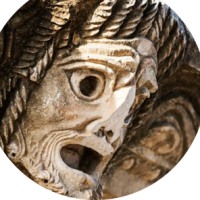 17th century French playwrights had a trend for recreating the themes and styles of Ancient Greek theatre, but while the originals are regularly seen as ripe for restaging and reinvention, I haven't seen a Racine play since 2012's Berenice. This Radio 3 adaptation by Edward Kemp, first broadcast in 2017, is one of those that literally went back to the same source of Greek mythology, although the story strand explored in Andromache was entirely obscure to me (and seems largely contradictory to some of the better-known stories.) It's Trojan War: The Next Generation as, a year after the sacking of Troy, the children of the victorious Greek generals try to tie up the remaining threads. So Pyrrhus (Alex Lanipekun,) son of Achilles and his successor as King of Epirus, has been betrothed to Hermione (Susannah Fielding,) daughter of Helen and Menelaus, for some time.
Read more »
Posted by nick730 at 22:51 No comments: