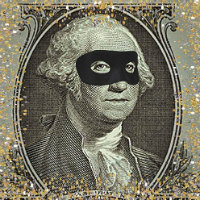 Southwark Playhouse’s publicity blurb for Other People’s Money originally included an endorsement from the current (at time of writing) US President; if it was intended to appeal to audiences’ morbid curiosity it presumably failed, as that quote’s now been taken down from the website* and audiences can make their own minds up as to whether there’s a character in Jerry Sterner’s 1989 play whom Trump could possibly have identified with. Sterner essentially pits against each other two archetypes of what American business is all about: Andrew “Jorgy” Jorgenson (Michael Brandon, the voice of Thomas the Tank Engine,) is the 68-year-old CEO of The Wire and Cable Company of New England, a Rhode Island business founded by his father, which employs over a thousand people in its central plant; this has long since ceased to be profitable, but a number of successful side projects keep the company afloat. 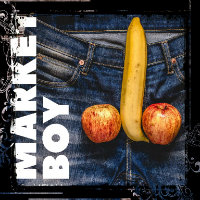 David Eldridge’s Market Boy was commissioned for the Olivier in 2006, so the Union Theatre is a much smaller canvas for its first London revival; but there’s certainly something appropriate about the kaleidoscopic story of a busy market in the second half of the Eighties being housed in a repurposed row of railway tunnels. The titular Boy (Tommy Knight) first arrives at Romford Market in 1985 aged thirteen, when his Mum (Amy Gallagher) decides he needs a part-time job to make his pocket money. The Trader (Andy Umerah) gives him a job on his ladies’ shoe stall, which is obviously booming as he already has three other boys, Snooks (Joey Ellis,) Don (Callum Higgins) and Mouse (Joe Mason) working for him. And although from the start there are obvious tensions between some of the stallholders, the market is generally a busy and dynamic place with a lot of cash flying around. 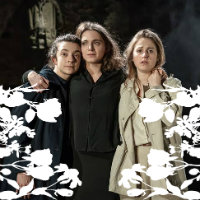 Great timing from the Almeida, as Rebecca Frecknall and FD Patsy Ferran return for their next collaboration straight after their Olivier success for Summer and Smoke. For Ferran at least this is something of a different proposition though: Where Tennessee Williams can be relied on for a barnstorming female lead, Chekhov is much more of an ensemble affair, and Ferran's Olga is by far the most low-key of the Three Sisters. For Frecknall, on the other hand, there's a more obvious link with her last show here as a fairly stripped-down production conjures atmosphere and heartbreak. As far as overwhelming visual themes go the closest thing to Summer and Smoke's gutted pianos are the plain wooden chairs that fill Hildegard Bechtler's askew stage, arranged like church pews in a wordless prologue that takes place at the General's funeral, a year before the events of Act I. 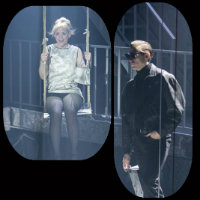 I started this blog in 2012, which coincided with when Josie Rourke took over the Donald and Margot Warehouse; barring the odd performance that got cancelled, that means I’ve now covered her entire run as Artistic Director as we get to her grand finale. Having had a hit with City of Angels, Rourke returns to Cy Coleman, who provides the music (with book by Neil Simon and lyrics by Dorothy Fields) for Sweet Charity. Anne-Marie Duff plays the titular Charity Hope Valentine, a New York “taxi dancer” – a barely-veiled front for prostitution, except unlike most of the other women Charity doesn’t do anything more than advertised. Nor has she really made the connection between this and the fact that she’s not managed to make any money in her eight years on the job – her tragedy is that she’s just not very bright, which combined with a romantic sensibility that makes her believe in a Hollywood ending means she invariably trusts the wrong men. 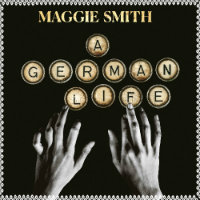 Twelve years after unofficially retiring from the stage Maggie Smith* is back and, in typical fashion, not doing things by halves - A German Life is just her on stage for nearly two hours. Christopher Hampton’s monologue about Brunhilde Pomsel is based on the 106-year-old’s testimony, given shortly before her death after a lifetime of refusing to comment, to a documentary crew interested in her unique perspective on World War II. That perspective was as a secretary for the Nazi Propaganda Ministry, never working directly for Joseph Goebbels but for a number of his right-hand men. But her story begins earlier, with her first few jobs which were all for wealthy Jewish businessmen, an avenue of work which soon dried up as the Nazis came to power – and the Nazi party themselves became the best source of work, first at the state broadcaster and then at the Ministry of Propaganda itself. 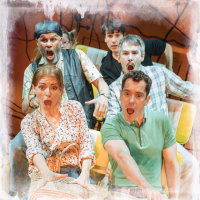 Michael Arndt, Valerie Faris and Jonathan Dayton's 2006 film Little Miss Sunshine was something of a sleeper hit despite being a downbeat comedy whose story takes some wild lurches in tone. Add the fact that it's essentially a road trip movie and it's fair to call it, at the very least, an eccentric choice for musical adaptation. James Lapine (book) and William Finn (music and lyrics) are the writers attempting it in a show that premiered in 2011, and finally comes to the UK in a production by Mehmet Ergen that starts a tour at the Arcola. Hoping to be crowned the titular junior beauty queen is 8-year-old Olive (Sophie Hartley-Booth, Lily Mae Denman or Evie Gibson,) who finds out that the girl who beat her in a local heat has been disqualified (for taking slimming pills) and she's now in the finals - with only a couple of days to make it from New Mexico to the pageant in California. 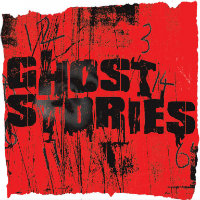 For his final season at the Lyric Hammersmith Sean Holmes returns to the biggest commercial hit of his time there - Ghost Stories went on to have a couple of West End runs, international productions and a film adaptation – reviving the production he co-directed with its writers Jeremy Dyson and Andy Nyman. That means it’s the same production I saw when it premiered in 2010 so technically I could call this a re-review, but nine years is probably enough time to say I’m seeing it with fresh eyes. Having said that, I remembered a lot of detail, probably refreshed in my memory when I saw the film version. Which is fun, but the stage remains where this story works best: Simon Lipkin takes over the role originally played by Nyman himself, as parapsychologist Professor Goodman gives a lecture on ghosts, looking at paranormal tales from the earliest legends to the newest websites collecting “ghost” photos, and showing as he goes how they’re actually the mind’s eye seeing what it wants to see. 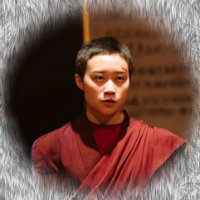 In the grand tradition of student activism (or at least in the tradition of talking about it,) when I was at university one of the student union spaces was called the Free Tibet Room. That was in the 1990s, and I wonder if it’s since been renamed to reflect a more recently popular cause; if people have forgotten about Tibet and its struggle to regain independence from China, Abhishek Majumdar is here to remind them with Pah-La, a play inspired by real events during the 2008 Lhasa riots. The title is a Tibetan word for “father,” and teenager Deshar (Millicent Wong) has gone against the wishes of her own to become a Buddhist nun, studying at a local temple. When Chinese police chief Deng (Daniel York Loh) leads a force to “re-educate” the nuns to the five principles of the Motherland’s supremacy over Tibet, Deshar’s Buddhist principles of non-violence are tested.

Theatre review: So Here We Are

DRAMA SCHOOL DISCLAIMER: Drama school productions are classed as amateur performances, which is why I always make this disclaimer; that said, I’ll hopefully be seeing everyone involved in professional productions soon, so I avoid judging them differently. 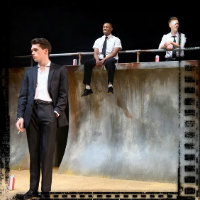 Yes, catching the odd LAMDA production does open up the possibility that I’ll get bragging rights for spotting a star of the future, but it can also be a chance to see a play I missed the first time round – in this case because Luke Norris’ 2013 play So Here We Are premiered in Manchester. While Norris-as-playwright is yet to have had as big an impact as Norris-as-actor had on that girls’ school party when he took his shirt off in A View From The Bridge, I’m pretty confident he’s got it in him, as the first half in particular of this play about young men’s mental health demonstrates. Nate Gibson’s set is a concrete wall on the banks of the Thames, where four men in their twenties are hanging around after the funeral of their friend Frankie, drinking, smoking, and waiting for the dead man’s girlfriend Kirstie (Amy Vicary-Smith) to arrive with balloons for one last ceremony she has in mind. 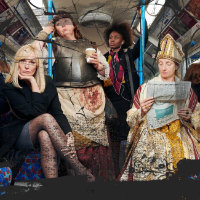 Which five people, living or dead, real or fictional, would you invite to your dream dinner party? To most people that’s a creaky old conversation-starter, but to Marlene (Katherine Kingsley) it’s the perfect way to celebrate a promotion, in the famous opening act of Caryl Churchill’s Top Girls. It’s 1981, Marlene’s become the first female Managing Director of Top Girls Employment Agency, and she’s gone to a trendy restaurant with five women from history and legend who embody a female ideal - or at least someone’s idea of it. Victorian adventurer Isabella Bird (Siobhan Redmond) and 13th century Japanese concubine, Buddhist nun and author Lady Nijō (Wendy Kweh) made their own way in a man’s world while others, like Pope Joan (Amanda Lawrence) and Brueghel’s soldier-woman Dull Gret (Ashley McGuire) took on masculine roles, sometimes with tragic consequences.